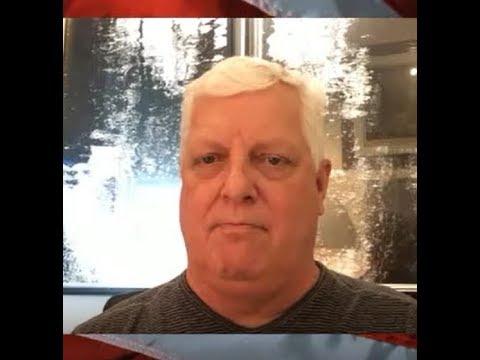 A very short preamble to what follows is this:  Frank Veneroso did foundational work that led to the creation of GATA [Gold Anti-Trust Action].  Frank Veneroso’s utterances in this regard originated from information fed to him back in the 1990’s about gold lending and swapping via Central Banks and Bullion Banks by Bank of England gold head – Terry Smeeton.  Bill Murphy had intimate knowledge of Veneroso’s work because he had been living in his attic after going bust as a principal trader in the copper market.  The information presented here is/was all dated and archived between the websites of gata.org and Bill Murphy’s Lemetropolecafe.com

1995 is the year that gold leasing “TOOK-OFF GLOBALLY”. We know this due to the historical record of communication between Frank Veneroso and Terry Smeeton [from the Bank of England]; I [Frank Veneroso] started out on this crazy voyage with a statement that was made by a man from the Bank of England- –Mr. Terry Smeeton—who was in charge of the gold operations of the Bank of England. On something like November 21st or 22nd of 1995 at the 5th Annual Banking Conference in the city of London, he addressed the issue of gold lending. He gave some statistics. He basically said that gold lending had roughly doubled over the last year and a half. Precisely, what he said was that gold loans more than doubled and gold swaps increased by more than 50%.

Edmond Safra: Gold Was His Specialty Edmond Safra gradually built his banking empire at a prodigious pace. Gold was his specialty. He handled all the South African gold, the Russian gold, and several nations’ gold reserves. He single-handedly established the Eurodollar market so that Russian companies can hold their dollar reserves without fear of confiscation. His clientele was his main secret, and in the 1990’s he may have controlled one trillion dollars.

Edmond Safra’s Republic Bank of New York [no stranger to the clandestine precious metal trade], among others, was involved in every aspect of the illicit international gold trade. Safra, who had some 10 body guards, was found dead under extremely dubious circumstances in his Monaco condo on Dec. 3, 1999. Coincidentally, HSBC [a serial gold and precious metals futures shorter] now owns the former Republic Bank gold business.

Safra and Martin Armstrong / Princeton Economics were confidants and business associates. To this end, there is a distinct Safra / Martin Armstrong nexus to this sordid story too: Armstrong was arrested Sept. 13 [1999] and charged with massive securities fraud by the U.S. Attorney’s Office, the Securities and Exchange Commission and the Commodity Futures Trading Commission. He was jailed for contempt of court on Jan. 14, 2000.

Excerpts of notes from GATA Chairman Bill Murphy’s Jan. 7, 2000 phone conversation with Martin Armstrong: “My [Bill Murphy’s] phone conversation with Armstrong touched on many subjects. I mostly just listened — my mouth wide open most of the time, as the conversation centered around such subjects as Armstrong’s receiving death threats from the Japanese, the billionaire’s club that manipulates the metals markets, incriminating Republic Bank tapes, bribes paid in Thailand, the Japanese and Republic Bank, the persecution of his family, including his 81-year-old mother, and the efforts of the U.S Attorney’s office efforts to deprive him of his First and Fifth Amendment rights. The scariest part of the conversation was about Edmond Safra, the recently murdered Republic Bank founder. Marty knew which phone lines that Safra spoke on directly to the Republic traders. According to Armstrong, “All the conversations about every manipulation you ever wanted to hear are there.” He said that the problem was that 10 days after he told the feds that he was after sensitive information that would expose the manipulations, Safra died mysteriously in Monaco.”…… ,,,,,,,

“ He [Armstrong] told us that he could provide evidence (tapes and documents) that the metals markets in New York have been manipulated.” Armstrong had revealed to federal authorities his knowledge that Safra had made tapes detailing gold market manipulation. 10 Days later Safra was dead.”

One can only wonder if tapes made by Safra, which Armstrong admitted to the Feds he knew about, led to Safra’s demise and Armstrong’s otherwise inexplicable incarceration. According to revelations made by GATA’s Bill Murphy;

“Armstrong had claimed he had access these [Safra’s] tapes. In further correspondence from Armstrong [then in jail] to Chris Powell, GATA Secretary and Treasurer, it was revealed exactly how determined [afraid perhaps?] the U.S. Government was of preventing Armstrong from having his day in court [presumably, where taped evidence from Safra / Republic New York might surface]: “Still alive so far. I will speak to my lawyer to see if early next week is OK for a meeting. One of our clients has sued Republic and we are unofficially cooperating together to try to get additional discovery. U.S. government has rushed in to try to stay our discovery. We are about to make a fight next week to try to force Republic [New York] to comply with our subpoenas. The bastards are hiding behind the U.S. government big-time. I am not sure what is going on. I have been told that the receiver is now going to try a contempt charge for my not handing in my keys despite the fact that the locks and security codes have been changed. They just don’t want me out and about…..”