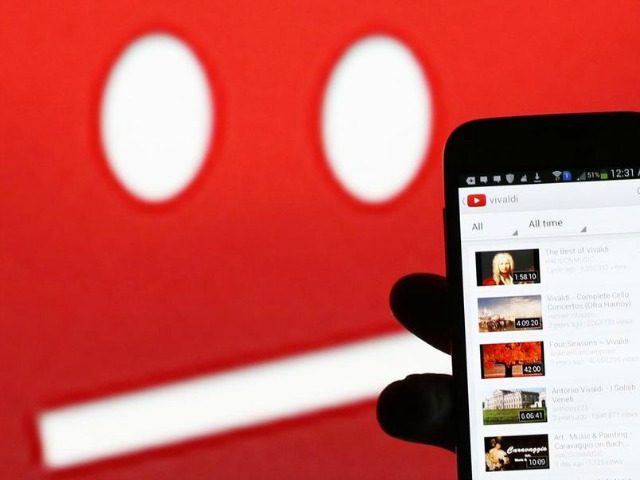 Included in the policy is a broadening of YouTube’s “hate speech” ban.

“We will no longer allow content that maliciously insults someone based on protected attributes such as their race, gender expression, or sexual orientation,” announced YouTube “trust & safety” VP Matt Halprin in a blog post.

The post also makes it clear that there will be no exception for “public officials,” meaning that politicians that YouTube deems to be engaging in “hate speech” also run the risk of having their content removed from the platform.

YouTube’s “harassment” policy is also extended, allowing the platform to punish channels even if none of their videos have violated any policy

Something we heard from our creators is that harassment sometimes takes the shape of a pattern of repeated behavior across multiple videos or comments, even if any individual video doesn’t cross our policy line. To address this, we’re tightening our policies for the YouTube Partner Program (YPP) to get even tougher on those who engage in harassing behavior and to ensure we reward only trusted creators. Channels that repeatedly brush up against our harassment policy will be suspended from YPP, eliminating their ability to make money on YouTube. We may also remove content from channels if they repeatedly harass someone. If this behavior continues, we’ll take more severe action including issuing strikes or terminating a channel altogether.

Lastly, YouTube is handing power to its creators — the power to censor their comments sections. YouTube describes this as ” empower[ing] creators to further shape the conversation on their channels.”

One Question Before Us Is: Will We Be Destroyed in War Before We Lose Our Civil Liberty to the Establishment’s Orchestrated “Covid Pandemic”?