There’s been another mysterious banker “suicide”, and this one really has me wondering, because there appear to be two major lines of interpretation being advocated as an explanation for this banker being suicided. And one of those explanations really has me wondering if, perhaps, finally, we have a clue that might explain all the other ones that have occurred in the past few years.  We’ll get back to that, because it’s the core of today’s high octane speculation. The first version of the explanation emerges in the Zero Hedge article covering the story, the version which was spotted by many readers here and passed along to me (thank you to all of you). The second story, likewise, was spotted by many people and passed along (and again, a big thank you to all of you who did so). What was unusual is that there were no overlaps in who passed along each article. No one or group of individuals passed along both articles.

Both articles concern the recent “suicide” of Deutsche Bank senior executive, Tom Bowers, but each article implies a very different motivation for it:

There you have it: Mr. Bowers was so senior that he made Deutsche Bank loans both to current U.S. President Donald Trump, and to Jeffrey Epstein. While that may seem like two very unrelated tracks, I strongly suspect – and here comes our trademark high octane speculation – that they are not. According to Mr. Trump, he and Epstein did meet on occasions, but Mr. Trump states that after receiving complaints about Epstein, he (Trump) banned him from his properties. To my mind, it’s a plausible explanation, because as some readers here are aware, I once worked as a manager in a casino, and when customers became unruly, or there were sufficient complaints about them, they were indeed banned from the facility.

However, there’s a deeper and more disturbing connection here that forms the core of my high octane speculation not only about the “suicide” of Mr. Bowers, but also that might explain the mysterious deaths of all those other bankers over the past few years, for which there have been a variety of speculations including not a few from me. In respect to this core speculation, Epstein’s relationship with Deutsche Bank – which seems to host a variety of questionable clients, from Epstein to the Bin Ladens – I suspect may be a profound clue to those banker deaths. Mr. Trump, as some may be aware, signed an executive order regarding human/sex trafficking, making the assets of traffickers open to seizure. Additionally, President Trump has on occasion made comments about the extent of human trafficking to the media. That both would have dealings with Deutsche Bank is to my mind quite revealing. Indeed, the second article makes clear that Epstein’s relationship with large banks, particularly Citi and Deutsche, followed Mr. Bowers, when he left Citi for Deutsche and then left Deutsche in 2015. The date is significant, for this would place the Deutsche-Epstein-Bowers connection in a time period after Epstein’s 2008 plea deal in Florida for sexual solicitation of underaged girls. In other words, Deutsche and Bowers made loans to Epstein when the latter’s conviction and plea deal was public record.

To conduct what  is in essence a global criminal trade in human beings for sex, slavery, and possibly other nefarious activities such as organ harvesting and so on, would imply at some point the willing participation of prime banks. As I’ve previously speculated, this would involve “inventory control” and the collateralization of human beings themselves, and perhaps even the use of “off-the-books” securities (bearer bonds, anyone?) to reflect those flows. These would be disguised by codes. For example, in my books on the hidden system of finance (Covert Wars and Breakaway Civilizations and Covert Wars and the Clash of Civilizations) I pointed out that in certain criminal underground circles, the word “gold” does not refer to bullion, but rather to drugs. Similar codes could be used to indicate humans. Thus, the “gold-backed” bearer bonds of the bearer bonds scandals might indicate that those bonds were collateralized by the drug trade, not actual bullion. You get the picture.

Which leads me to the central question of my speculation: Could the deaths of all the bankers in recent years be because they either discovered this trafficking network  being concealed in mysterious securities trades, ledger entries, insurance policies, and so on? Or alternatively, could they have been involved with it? In this respect, the common interface of Deutsche Bank both with Mr. Trump and Epstein may be revealing why the central and prime bank world is so “anxious” about Mr. Trump. 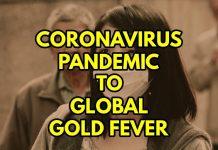