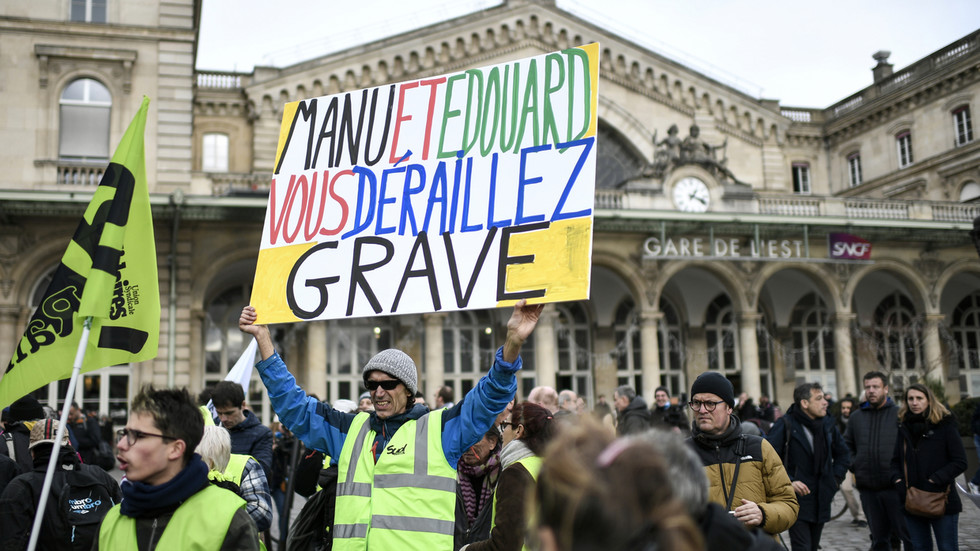 Thousands of people flooded the streets of Paris on Thursday in their latest march against the proposed reform that seeks to merge the current 42 pension schemes into one. The proposal was rejected by unions and workers in many professions as it strips early retirement options for doing physically demanding or hazardous jobs.

With railway workers joining in the general strike, France was semi-paralyzed on Christmas Eve. Many trains were canceled and just two of 16 Paris metro lines remain operational. Other means of transportation couldn’t make up for the shortfall.

The protesters and the government last week failed to reach a compromise or at least a holiday truce. Talks are scheduled to resume on January 7, which means the New Year period will be just as difficult for many, including holiday goers.

The strike is meant to repeat the success of 1995, when a series of protests culminating in three weeks of rail disruption just before Christmas forced the government of Jacques Chirac to cancel a planned retirement reform.