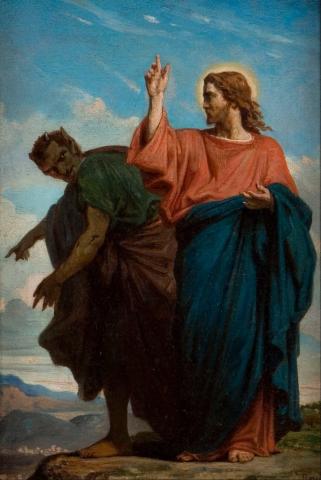 We live in a world perverted by the Bolsheviks who are destroying our culture. Worse yet, there are so-called conservatives who do nothing to stem the tide of the takeover. We are not just losing our government, we are losing our heritage and our humanity. The most peverse is now the most normal. Being a Christian is a hate crime. However, in recent days, I almost see signs of life in the American people. Schiff was just booed off stage. Comey apologized, for whatever that is worth. However, the damage is done and we are still hopelessly inactive as a people. Is this the beginning of a populist movement? Or is this the new awakening a mirage?

Don’t think that our children do not see the duplicity of the lives that we lead? We preach morality and the value of hard work and then remain subservient to a corrupt group of bankers. Our children know more about the corruption in our world, than their parents. The young people do not tune out the demonic corruption by using the defense mechanism of denial as it manifests itself in cognitive dissonance. Most of our children see the stark, naked truth of the world they are going to inherit and many want no part of this Brave New World. Some are coping and adjusting, but many are not. And the failure of so many young people to adapt to what they are going to have deal with is the source of my guilt. We just did not do enough.

Increasingly for our young people, the world is not a safe place. In many areas of the country, suicide has replaced car accidents as the leading cause of death.

There are an estimated 825 attempted suicides for each suicide death. Therefore, the suicide rate is only a small representation of the hopelessness being experienced by the younger generation.   Since 1968, suicides for people aged 15-24 have risen over 300%.  Suicide in now the second leading cause of death in the United States. In Canada, Australia, New Zealand, and many countries of Western Europe. Russia, Vietnam and India are experiencing similar increases.   What is the number one reason why teens are killing themselves? The straightforward and simple answer is that they have a foreboding sense of hopelessness.  Life is bleak and meaningless and all their cell phones, IPADs and X-Box games cannot fill the void of emptiness. Hopelessness is the number one predictor of suicide.

Traditionally, when teens grow into adulthood, they begin to learn that they have a measure of control over their life. Through trial-and-error, teens gain knowledge and acquire the tools necessary to solve their problems in the best way that they are able. In the past, when we felt hopeless, we pulled through our crises with the resources we had at our disposal and with the support from friends and family. Increasingly, that support has all but eroded.

Today, where do the influences that shape our children’s lives come from? A Gallup Poll from the late 1950′s asked teens to rate their biggest influences on their attitudes and lives and they listed these variables in the following order:

(information derived from a Conference Presentation on child safety sponsored by Arizona State in 2016).

The above data speaks to the fact that teens are not receiving the guidance that they require from their parents. For teenagers, their overwhelming sense of hopelessness is enough to cause them to take their own lives. Most teens who survive suicide attempts say that they tried to kill themselves because they were trying to escape a situation that seemed impossible to deal with, or they were trying to escape overwhelming feelings like rejection, guilt, anger, or sadness in which they lacked any significant degree of control. It is easy to blame the banksters and corrupt politicians, but we have been passive recipients in our demise. We have met the enemy and he is us.   Our children’s pervasive sense of hopelessness is not confined to the United States. This is an international phenomenon. Globalism, in its present form, is evil. Our children may not be able to name purveyors of this movement by name (e.g. Rothschild, Gates, Soros, etc.), but they see the manifestation of the tyranny sweeping the planet and they do not want any part of it.