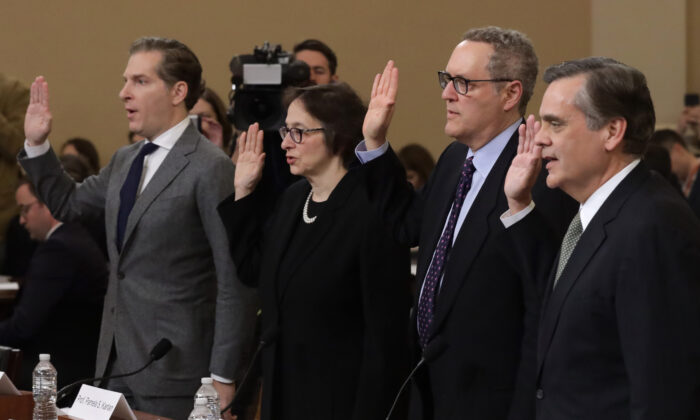 This short essay does what the House Judiciary Committee’s panel of “expert witnesses” did not successfully do.

First, it explains the meaning of the Constitution’s “high Crimes and Misdemeanors” standard. Next, it discusses how that standard applies to President Donald Trump’s interactions with Ukrainian President Volodymyr Zelensky. Finally, it details the kind of evidence the House Judiciary Committee should gather to determine whether the president committed an impeachable offense.

Many phrases in the Constitution—such as “necessary and proper,” “Privileges and Immunities,” and “Convention for proposing Amendments”—carry specialized 18th century meanings not obvious to the modern reader. Recall that most of the leading Founders were lawyers and the Constitution is a legal document. Some of these phrases derive from 18th century law.

Therefore, to understand them you have to consult 18th century legal materials in addition to better-known sources such as the 1787 convention debates or the Federalist Papers.

Unfortunately, most of the scholars called by the House Judiciary Committee to address the meaning of “high Crimes and Misdemeanors” were not able to do so accurately.

According to the authoritative Westlaw database, two of the three Democratically appointed witnesses have published no scholarly work on impeachment: Their specialties are in other areas. None showed any familiarity with 18th century fiduciary standards—which (as explained below) are part of the law of impeachment. All of the witnesses voted against President Trump, and several have been involved in anti-Trump activity.

It’s not surprising, therefore, that, except for professor Jonathan Turley’s heavily footnoted 53-page written statement, the testimony was biased and superficial.

What Is the Standard?

Impeachment law is not for amateurs. It rests on English parliamentary history extending at least as far back as the 1300s. Furthermore, impeachment standards evolved over time. To understand the Constitution’s rules we must know what the standards were when the Constitution was adopted. We can do so by consulting 18th century parliamentary records and legal materials.

Here’s some of what they tell us:

The core of the case against President Trump is that he used his political position to seek re-election assistance from a foreign government. Although there’s dark talk of crimes committed, the principal charge is fiduciary rather than criminal. In other words, a “high … Misdemeanor.”

House Democrats have struggled to define Trump’s alleged offense. Initially, they described it as “quid pro quo.” Then they employed the term “bribery.” The legally correct designation is “self-dealing.”

Self-dealing is betraying your employer’s interests to enrich yourself. It’s a violation of the fiduciary duty of loyalty.

We can assume the president might benefit from a Ukrainian investigation, but that doesn’t mean asking for an investigation was self-dealing as defined by fiduciary, and therefore by impeachment, law. There’s nothing unusual or improper about a president asking a recipient of U.S. foreign aid to address corruption. As for seeking political advantage: If we punished every politician who did that, they would all be swinging from the yardarm.

This is as true in foreign as in domestic affairs. When President Barack Obama told the Russian president he would have more flexibility after his re-election, he was saying (1) an agreement now would benefit both Russia and the United States, but (2) I’m going to sacrifice our mutual interests for the present because such an agreement might hurt my re-election campaign. Was this impeachable self-dealing? Almost certainly not.

So where is the divide between “normal” conduct and impeachable conduct? To answer this, we need to weigh at least three factors: impeachment precedent, the national interest, and the practice of other presidents.

For defining the Constitution’s phase “high … Misdemeanors,” the most important precedents (although not the only ones) lie in 18th century impeachment and fiduciary law.

An 18th century impeachment treatise outlines the specific facts by which several officials were impeached for what we now call self-dealing.

They include the following: (1) the official enriched himself at the expense of the Crown by arranging for royal pardons, (2) he stole funds from the Royal Navy, (3) he confiscated ships and cargos without due process and appropriated the proceeds, (4) he obtained “exorbitant grants of lands and money, to the great detriment of the revenue,” (5) he seized forfeited land that should have gone to the Crown, and (6) acting through a strawman, he took the proceeds from timber sales in the king’s forests.

All these cases boil down to stealing public property. They don’t look like the Trump–Zelensky dealings at all.

Another part of the answer lies in whether President Trump violated the national interest. As a general rule, self-dealing generally is not just enriching yourself. It’s enriching yourself at the expense of your employer. If Trump’s interests were aligned with those of the country, there was no fiduciary breach.

Despite Col. Alexander Vindman’s complaint that Trump violated “the consensus of the interagency,” the question of whether Trump acted contrary to the national interest is a difficult one to answer.

Perhaps we had a national interest in not asking President Zelensky to investigate. But we also had a national interest in asking, because it would be useful to know if Ukrainian officials were trying to meddle in our presidential elections. And it would be useful to know whether the family of a leading presidential candidate is engaged in corruption. Remember: the president asked only for an investigation, not for a pre-determined result.

Thus, you can argue the “national interest” issue both ways. It looks more a policy question than a clear case like theft of public funds.

Still another part of the answer lies in how similar officials act in similar circumstances. In absence of a crime, if you want to determine whether a banker handled funds properly, you should investigate how bankers usually handle funds. If you wish to determine whether an investment adviser gave reasonable advice, you should consult what other reputable advisers recommend in the same circumstances.

Similarly, to decide whether President Trump engaged in impermissible self-dealing, we need testimony about how other officials conduct themselves. We know, for example, that then-Vice President Biden explicitly made aid to Ukraine conditional on firing a Ukrainian prosecutor. If that conduct wasn’t impeachable (and I don’t believe it was) then Trump’s more tepid conduct certainly isn’t impeachable.

Thus, the Judiciary Committee should ask for testimony from officials of prior presidential administrations, and preferably from the former presidents themselves. Did they ever make foreign aid conditional? What were the conditions? Why? And so forth.

It was a good idea to empanel academic experts to provide guidance on the meaning of “high Crimes and Misdemeanors.” It should be done again, and this time correctly.

The next panel should include presidential historians, parliamentary historians, and experts on fiduciary law. It should not consist primarily of law professors, who are notorious for engaging more in advocacy than in true scholarship. 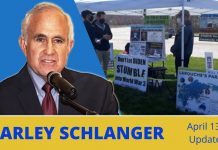