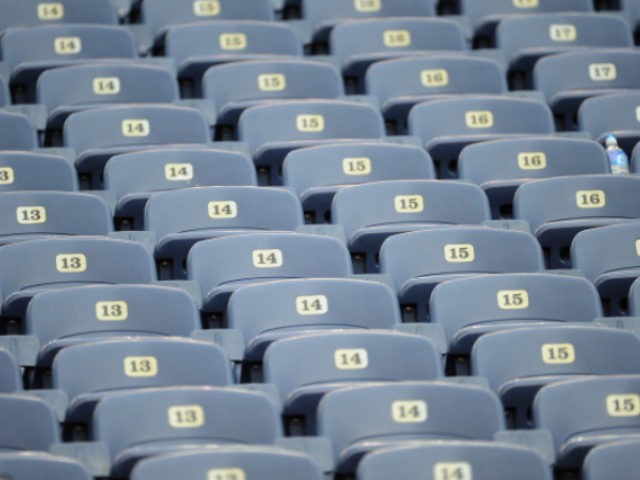 Some may try to turn the number 13 into a lucky number, but the empty seats at stadiums across the country defeats that attempt, at least for the NFL’s Week 13 games.

The Tampa Bay Buccaneers took a road trip to the Jacksonville Jaguars’ EverBank Field to smack the home team around 28-11, but fans seemed more interested in Christmas shopping, it appears:

Crystal clear here in the stands, too. Echoing off all the empty seats. pic.twitter.com/86NKFmUpTK

The Indianapolis Colts took a 31-17 drubbing at the hands of the Tennessee Titans at Lucas Oil Stadium, but fans may have had other business: