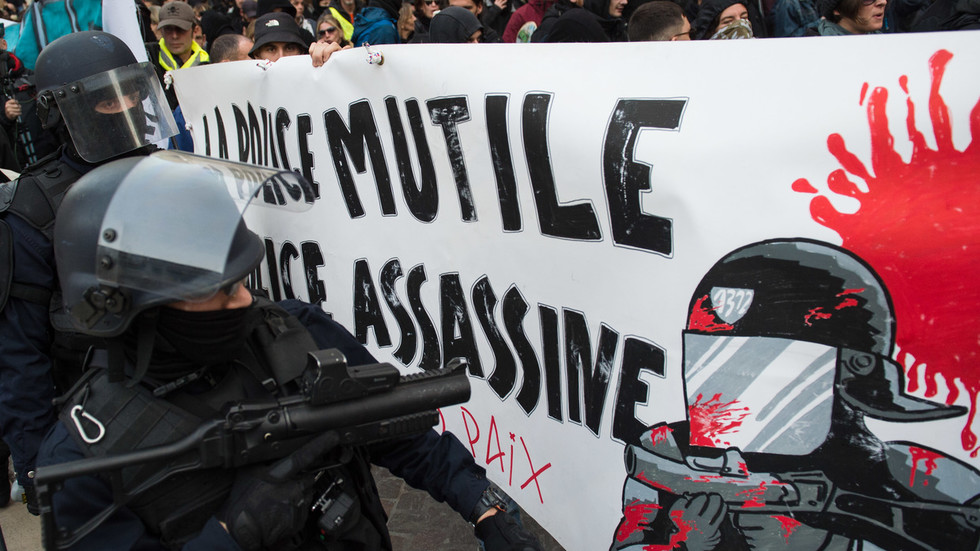 French police have attracted some really bad publicity, after knocking down an elderly lady during a rally in Marseille – an event being held to honor another 80-year-old woman who died after being hit by a police grenade.

Over 1,000 people gathered in the southern city of Marseille on Saturday to remember Zineb Redouane. A resident of the city and of Algerian origins, she died in hospital last December at the age of 80 – a day after she was hit in the face by a tear gas grenade, launched by riot police during a turbulent Yellow Vests rally.

The demonstrators carried a large banner, reading “Tribute to Zineb. Batman kills, let’s be Joker!” and chanted “We are all children of Zineb!” They marched past the apartment in Marseille’s old city where Redouane used to live.

Things promptly got heated and the rally escalated into scuffles between the protesters and riot police. Law enforcement deployed tear gas to disperse the marchers and repeatedly charged the crowd.

One such charge hit an elderly woman with a wheeled bag, who was being helped by some protesters across the street. Footage from the scene shows the police apparently knocking the woman down while beating the protesters up with batons.

As the woman was left lying on the pavement in a plume of tear gas, a couple of protesters returned to help her – only to come in for more police batons. Ultimately, the woman was led away to safety by paramedics.

The timing of the disturbing scene couldn’t be worse for the image of the French authorities, as it only seemed to prove the point of the protesters, who accuse the police of using excessive and indiscriminate violence.