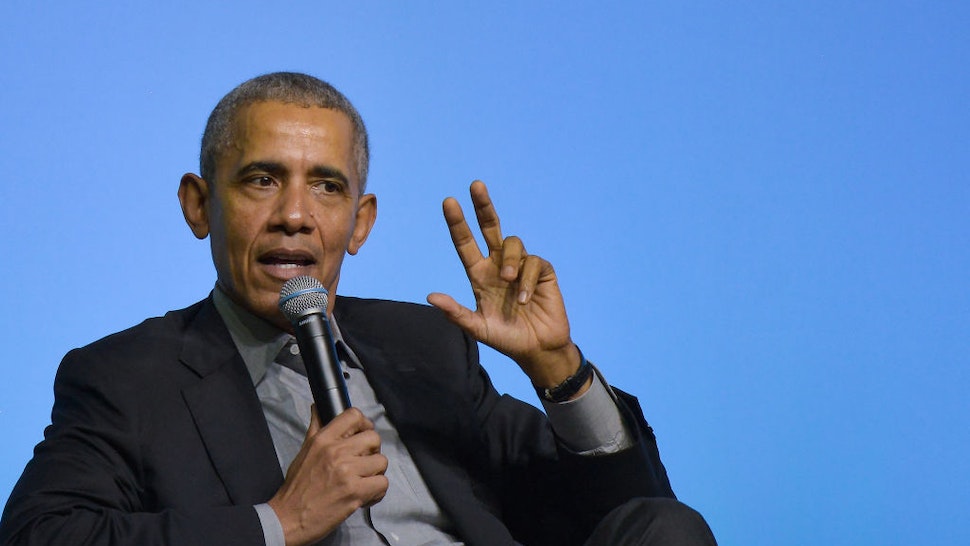 Barack Obama, a man who almost single-handedly prevented a woman from becoming president in 2008, recently said that women are “indisputably” better leaders than men. Constructing a utopian vision of an estrogen-filled future, Obama said he was “absolutely confident” that there would be “significant improvement” in all aspects of life “if every nation on earth w[ere] run by women” for even just two years.

He did allow that women “are not perfect,” but he insisted that they’re “better than us,” meaning men. Despite having chosen an old man (and not a woman) as his running mate for both of his presidential campaigns, the former president laid the blame for the state of the world at the feet of “old men” who just refuse to “get out of the way.”

Perhaps all that needs to be said in response to this simpering nonsense is “speak for yourself.” If Obama feels like he was an inadequate leader, I’m strongly inclined to agree. But I don’t think his problem was an excess of testosterone.

At any rate, there is, of course, no evidence whatsoever that women are inherently better leaders than men. Women have led many countries throughout history, and several countries today are run by women. If female leadership spawned drastic improvements across the board, we should have some quantifiable evidence of that by now. Besides, personal experience seems to call into question Obama’s claim that exclusive female leadership would bring peace and harmony to the whole planet. Women are good at many things, certainly, but peaceful and drama-free cooperation with each other doesn’t make the top ten of that list.

The larger point, though, is this: Democrats can’t engage in this kind of “You Go, Girl” sloganeering anymore. It’s like they keep forgetting, somehow, all of the things they’ve been saying about gender for the last ten years. They can’t talk about the gifts and abilities of women, nor can they contrast women with men in order to highlight the advantages of female input and leadership. It’s not just that they come off like pathetic suck-ups (though they do), it’s that their own ideology precludes this form of sucking up. After all, these are the very same people who tell us that women are equal to men in every respect and there is nothing like a unique female personality trait or unique female characteristic.

Indeed, Democrats these days won’t even admit that female reproductive organs are unique to females. By their version of reality, there is no objective difference between women and men, and, as I’ve discussed in the past, they aren’t willing or able to offer so much as a definition of the word “woman.” According to them, anyone with any body and any brain and any character trait can be a woman. Also, any person with the body and brain of a woman can be a man, or something else entirely. This state of affairs makes nonsense of all feminist rhetoric.