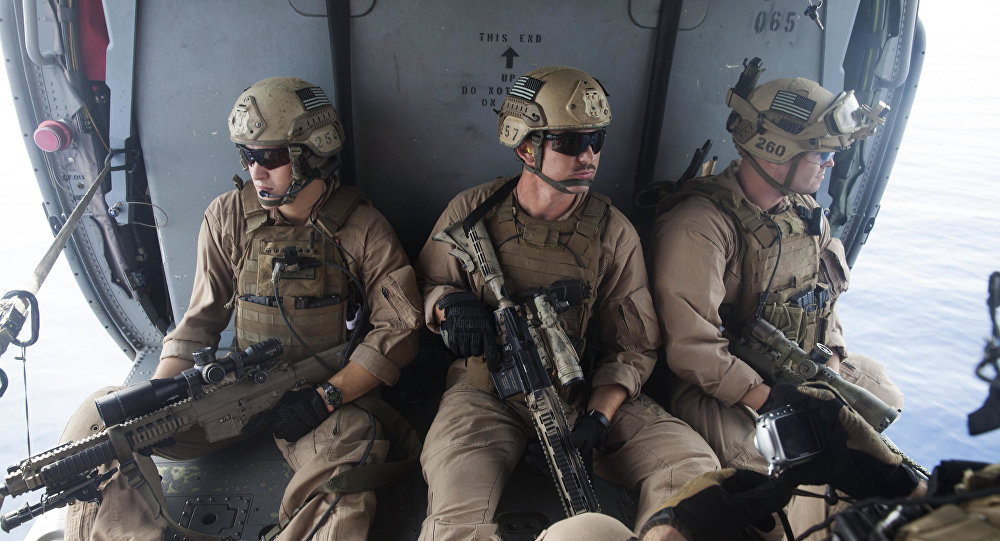 Apart from making impact on enemy’s emotions and motives, US PsyOp Marines should also be able to cope with a whole array of severe fitness requirements, such as tackling a 13-km ruck march.

The US Marine Corps is calling on servicemen, who are able to influence foreign actors’ behaviour to consider a career in psychological operations, Military.com reports.

The Corps is working to fill about 200 jobs in the new 0521 psychological operations military occupational specialty (MOS) by 2025, the news outlet quoted Maj. Sharon Hyland Sisbarro, a spokeswoman for the deputy commandant for information, as saying.

“The Marine Corps’ ability to influence foreign target audiences is a critical function for conducting Operations in the Information Environment”, she pointed out.

Currently, there are 65 Marines in the MOS which was formed last year, Sisbarro added, singling out 20 more spots available for Marines to move into the field in 2020.

According to her, PsyOp Marines are typically tasked with carrying out Military Information Support Operations, or MISO, and back military deception, among other missions.

“The goal is to cause the adversary to fail to employ combat or support units to their best advantage,” according to the memo.

Major Craig Thomas, a spokesman for Manpower and Reserve Affairs, for his part, touted hefty bonuses for those Marines who are willing to make their career change.

He explained that “lance corporals, corporals and sergeants could be eligible for a bonus of up to $35,000 if they make a lateral career move into the field” and that “those who agree to a 72-month contract could qualify for an extra $40,000 as part of a lateral-move initiative”.

Meeting a raft of requirements related to physical and combat fitness is a must for future PsyOp Marines who must wrap up 5-mile (8-kilometre) run in less than 45 minutes and maintain a 15-minute per mile (1.6 kilometre) during a ruck march of 8 miles (almost 13 kilometres) or less.

MOS-related screenings are due to kick off in Virginia, California and North Carolina in early 2020, and in Hawaii – in April.

The developments come against a background of increasing fight in the US and the EU against misinformation allegedly emanating from foreign states.