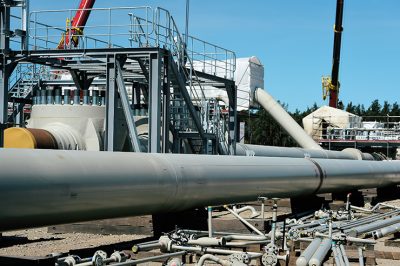 Although they were locked in a convoluted struggle concerning the impeachment of President Trump, Republicans and Democrats in the Senate laid down their arms in order to vote, in quasi-unanimity,  for the imposition of heavy sanctions on the companies participating in the construction of North Stream 2, the doubling of the gas pipeline which delivers Russian gas to Germany across the Baltic Sea. The main victims were the European companies which had helped finance the 11 billion dollar project with the Russian company Gazprom.

The doubling of North Stream increases Europe’s dependence on Russian gas, warn the United States. Above all, they are preoccupied by the fact that the gas pipeline – by crossing the Baltic in waters belonging to Russia, Finland, Sweden and Germany – thus avoids the Visegrad countries (Czech Republic, Slovakia, Poland and Hungary), the Baltic States and Ukraine. In other words, the European countries which have the closest ties to Washington through NATO (to which we must add Italy). 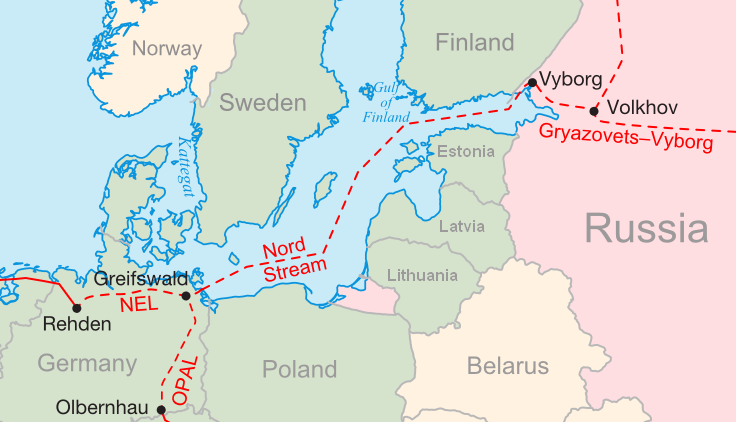 Rather than being economic, the goal for the USA is strategic. This is confirmed by the fact that the sanctions on North Stream 2 are included in the National Defense Authorization Act, the legislative act which, for fiscal year 2020, hands the Pentagon the colossal sum of 738 billion dollars for new wars and new weapons (including space weapons), to which must be added other posts which bring the US military expenditure to approximately 1,000 billion dollars. The economic sanctions on North Stream 2 are part of a politico-military escalation against Russia.

An ulterior confirmation can be found in the fact that the US Congress has established sanctions not only against North Stream 2, but also against the Turk-Stream, which, in its final phase of realisation, will bring Russian gas across the Black Sea to Eastern Thrace,the small European area of Turkey. From there, by another pipeline, Russian gas should be delivered to Bulgaria, Serbia and other European countries. This is the Russian riposte to the US action which managed to block the South Stream pipeline in 2014. South Stream was intended to link Russia to Italy across the Black Sea and by land to Tarvisio (Udine). Italy would therefore have become a switch platform for gas in the EU, with notable economic advantages. The Obama administration was able to scuttle the project, with the collaboration of the European Union. 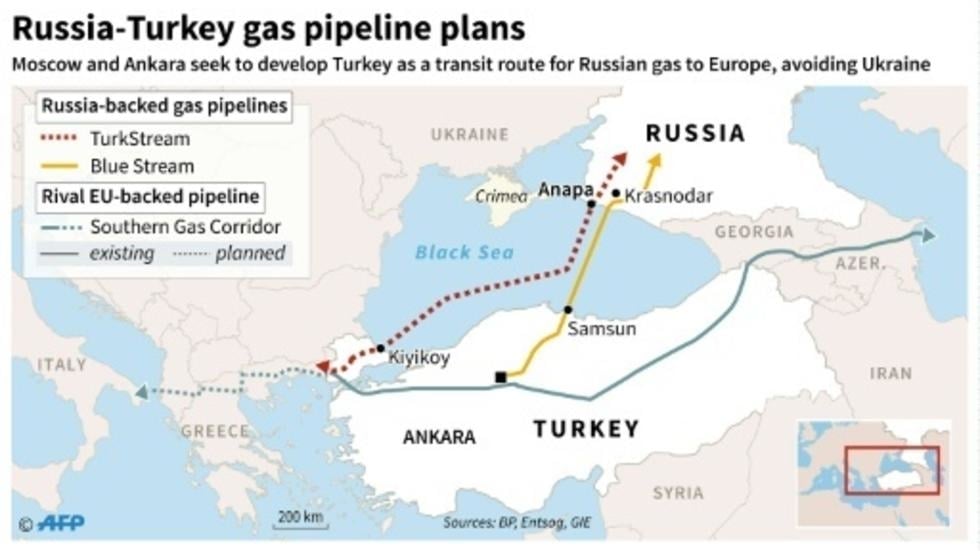 The company Saipem (Italian Eni Group), once again affected by the US sanctions against North Stream 2, was severely hit by the blockage of South Stream – in 2014, it lost contracts to the value of 2.4 billion Euros, to which other contracts would have been added if the project had continued. But at the time, no-one in Italy or in the EU protested against the burial of the project which was being organised by the USA. Now German interests are in play, and critical voices are being raised in Germany and in the EU against US sanctions against North Stream 2.

Nothing is being said about the fact that the European Union has agreed to import liquified natural gas (LNG) from the USA, an extract from bituminous shale by the destructive technique of hydraulic fracturation (fracking). In order to damage Russia, Washington is attempting to reduce its gas exports to the EU, obliging European consumers to foot the bill. 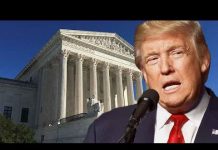