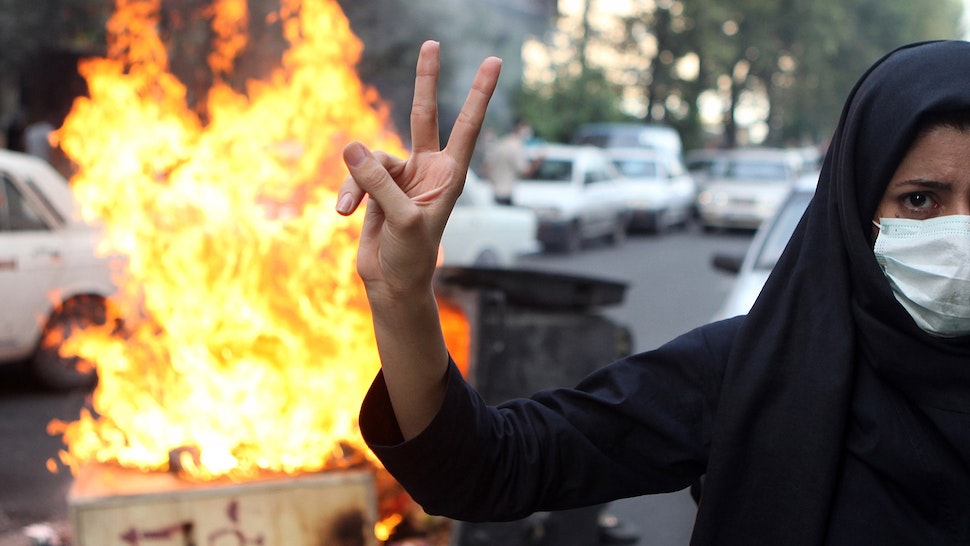 A brutal crackdown by the Iranian government has left at least 180 demonstrators dead after they participated in protests that were initially sparked by an unexpected increase in fuel prices.

“Altogether, from 180 to 450 people, and possibly more, were killed in four days of intense violence after the gasoline price increase was announced on Nov. 15, with at least 2,000 wounded and 7,000 detained, according to international rights organizations, opposition groups and local journalists,” The New York Times reported.

The largest single incident of the Islamic Republic allegedly murdering unarmed citizens happened in the city of Mahshahr, where “Islamic Revolutionary Guards Corps members surrounded, shot and killed 40 to 100 demonstrators – mostly unarmed young men – in a sugar cane field where they had sought refuge,” The Times reported.

A local reporter told The Times that in three days, approximately 130 protesters were killed by the Iranian government, including those who were massacred in the sugar cane field.

Omid Memarian, who is deputy director at the Center for Human Rights in Iran, told The Times: “The recent use of lethal force against people throughout the country is unprecedented, even for the Islamic Republic and its record of violence.”

The Middle East Media Research Institute (MEMRI) reported last week that Abolfazl Bahrampur, an Iranian Quran interpreter and translator, was featured on Iranian state television where he said that the Quran instructs that the protesters be murdered and it would not be an exaggeration if Iran killed 10,000 protesters.

“In the interview, Bahrampur said that according to the Quran, the punishment for protesters should be slaughtering, which is death in agony or chopping off their hands and feet on alternate sides of their bodies,” MEMRI reported. “He continued to say that the punishment must be carried out in public and in the place where the crimes were committed and they must be crucified as well, in order to serve as a deterrent for ‘the people who wait behind the scenes for America’s orders’. He said that killing 10,000 of the protesters would not be an exaggeration.”

Iranian Quran Expert Bahrampur on National TV: Protesters Should Be Slaughtered or Have Their Feet and Hands Chopped Off on Alternate Sides; If We Kill 10,000 of Them, It Will Not Be an Exaggeration pic.twitter.com/EurmMlpWa8

MEMRI reported on Friday that Mohammad Javad Haj Ali Akbari, the chief of the Imams of Friday Prayer Policy Council, had called for the “harshest” punishments possible on Iranian state television for those who engaged in disrupting “public security.”

“God is very strict with those who cause fitna, disrupt public security, and endanger people’s lives, property, and family honor. The punishment for aggressors who wage war against Allah is the harshest of all Islamic punishments,” Ali Akbari said, according to a translation provided by MEMRI. “The expectation is that threat will be turned into an opportunity and that society will be cleansed of the lowlifes, savages, and criminals. God willing, the divine justice that extends from the sleeve of our law enforcement and legal system will catch them and take quick measures so that this will please the public. Allah Akbar! Allah Akbar! Allah Akbar! Khamenei is the Leader! Death to those who oppose the Rule of the Jurisprudent! Death to America! Death to England! Death to the hypocrites and infidels! Death to Israel!”