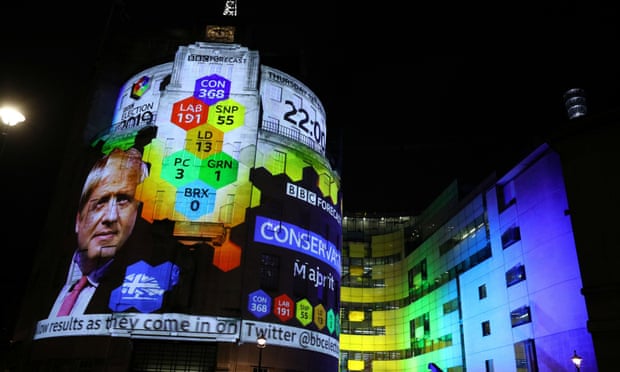 Exit polls, first results and the biggest winners and losers after Britain votes in the ‘most important poll in a generation’

If the exit poll is correct, this is how Boris Johnson’s election performance will compare with those of his Conservative predecessors over the last 40 years. He will have done better in terms of numbers of seats than:

But he won’t have done as well as:

However, if the exit poll is correct, Jeremy Corbyn’s election performance will be the worst by a Labour leader for more than 40 years. He will have done worse than:

In fact, it would be the worst result for Labour since 1935, when the party got just 154 under Clement Attlee, who has only just taken over as party leader.

Comparing these figures is not always fair because, although the Commons has had 650 MPs in most years since 1979, there were only 635 MPS in 1979 and in other years the membership has varied from 646 to 659. Full details are in this Commons briefing paper (pdf) on UK election results since 1918. This year 650 MPs will be elected.