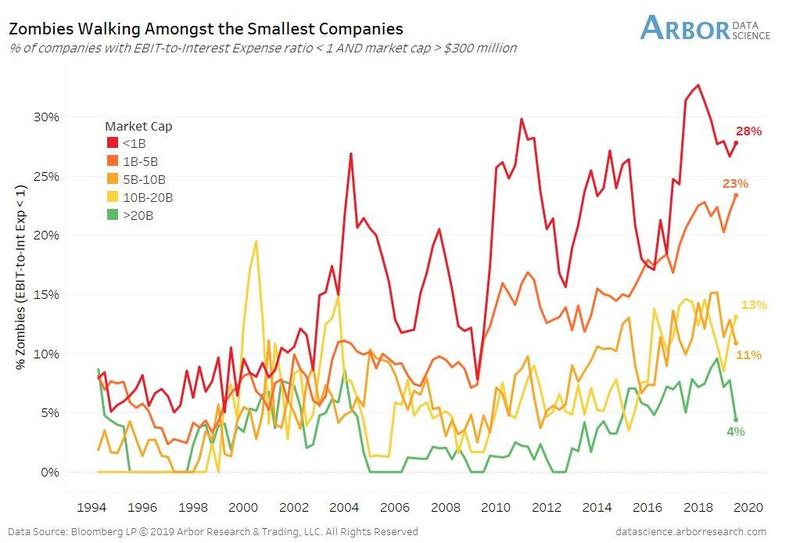 Until recently, funds that imposed redemption “gates” on their investors were those who had suffered a substantial mismatch between the illiquidity of their investments and the liquidity preference of their investors (which tends to be instantaneous), usually as a result of some exogenous event such as Brexit, or a media report sparking investor fears.

As a result, over the past 4 years we had seen a procession of prominent funds gating investors, starting with the junk bond fiasco at Third Avenue which led to a premature end for the asset manager, then the three largest UK property funds suddenly froze over $12 billion in assets in the aftermath of the Brexit vote; two years later the Swiss multi-billion fund manager GAM blocked redemptions, followed by iconic UK investor Neil Woodford also suddenly gating investors despite representations of solid returns and liquid assets, then it was the ill-named, Nataxis-owned H20 Asset Management decided to freeze redemptions; and finally two weeks ago the largest UK property fund, M&G, halted redemptions.

We can now add two more hedge funds to this list.

As the WSJ reports, (formerly) distressed investing giants York Capital Management and Southpaw Asset Management have also barred clients from redeeming money they have requested for year-end, a sign of the pressure that investors in distressed assets are facing.

According to the Journal’s reporting, funds at both firms faced significant client redemptions, in response to which the funds erected “gates” that limit withdrawals of money from a fund. Gates rose to prominence during the financial crisis, when countless hedge funds prevented investors from pulling their money amid crashing markets, as the alternative was a devastating forced liquidation which would have only exacerbated the selloff; and aside from the handful of occasions listed above, gates have been deployed rarely since then.

York, which was founded by Milwaukee Bucks co-owner Jamie Dinan, told clients in a letter Thursday it was suspending redemptions from its nearly $2 billion Credit Opportunities fund for the year-end period and that it planned to start unwinding the fund. The fund which is run by co-CIO William Vrattos, was reportedly down 8% for the year through November.

Meanwhile, the Greenwich-based Southpaw which manages $1.2 billion, told clients in a letter earlier last week it plans to return 55% of the money they requested back for year-end. That figure however doesn’t include money investors requested that the firm is tying up in a so-called “side pocket.”

As readers who have been us during the immediate aftermath of the financial crisis recall, side pockets are used by fund managers to segregate less liquid investments from the rest of a fund. When they are created in the face of significant outflows, as opposed to from the outset of an investment, they generally are an attempt to limit losses until markets improve. Southpaw, run by veteran distressed-investors Howard Golden and Kevin Wyman, told investors it had confined less liquid investments making up almost a 10th of the fund’s assets into a side pocket and would sell them off over time. Like York, Southpaw’s fund was down for the year, but less so, losing 3.7% through November.

“Our investment strategy, which is cyclical in nature, has been challenged by the unprecedented 10-year economic expansion, decreased liquidity and dramatic changes in the hedge-fund industry,” Southpaw wrote. “With this confluence of events, we have determined that processing outstanding withdrawal requests in full in the current market environment would disadvantage both existing investors and withdrawing investors.”

Needless to say, we still find it rather amusing that – as we pointed out first almost a decade ago – we now get confirmation every month that the very hedge funds that praised the Fed’s takeover of capital markets in the aftermath of the financial crisis, are the same ones that are now going out of business, unable to cope in a world where nothing makes financial sense any more.

And while in York’s case, the firm told clients it was suspending redemptions from its main credit fund as part of a broader plan to liquidate the fund, we find it even more remarkable that 10 years after central banks took over capital markets, some investors still believed that “distressed” is still an actual asset class in a time when there is a record number of zombie companies floating around, prevented from filing for bankruptcy thanks to the Fed’s ultra low interest rate policies.

York and Southpaw are hardly alone. As we have been reporting periodically, gedge funds have been under pressure for years as a historic bull market has stretched on. Stock-picking hedge funds have registered sustained outflows and closures, while some titans of macroeconomic investing have called it quits recently.

And while distressed funds, which bet on the debt of troubled companies, have been among the worst performers, everyone has been hit with the overall hedge fund industry suffering 8 consecutive months of outflows in 2019, the longest stretch of withdrawals since the 2008 financial crisis, as the industry has for the 10th consecutive year failed to outperform the broader market. 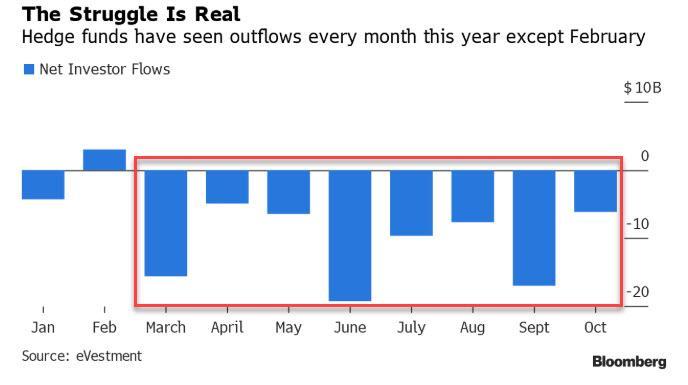 Unfortunately, the future is looking ever bleaker for distressed investors. While some, such as Southpaw made money buying up Lehman and Icelandic bank claims after the respective bankruptcies, they have been unable to apply the same strategy now for the simple reason that the Fed has made bankruptcy an unwanted anachronism in a time of record low interest rates.