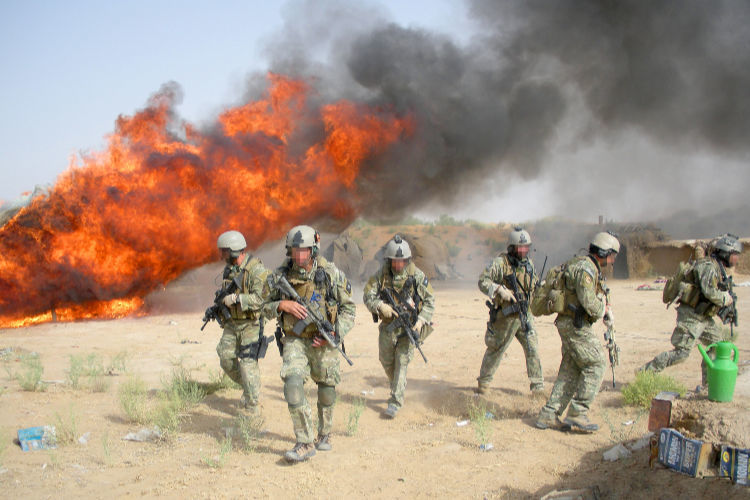 It’s rare that I read something on the Washington Post that I don’t find highly biased, even repugnant. But with their recent article on the Afghanistan Papers, they truly knocked the ball out of the park.

The facts they shared should have every American protesting in the streets. Trillions of dollars have been spent on a war that the Pentagon knew was unwinnable all along. More than 2300 American soldiers died there and more than 20,000 have been injured. More than 150,000 Afghanis were killed, many of them civilians, including women and children.

And they lied to us constantly.

Congress just proved that the truth doesn’t matter, though. A mere 22 hours after the release of this document, the new National Defense Authorization Act that breezed through the House and Senate was signed by the President. That bill authorized $738 billion in military spending for 2020, actually increasing the budget by $22 billion over previous years.

So, how is your representation in Washington, DC working out for you?

What are the Afghanistan Papers?

The Afghanistan Papers are a brilliant piece of investigative journalism published by the Washington Post and the article is very much worth your time to read. I know, I know – WaPo. But believe me when I tell you this is something all Americans need to see.

This was an article that took three years of legal battles to bring to light. WaPo acquired the documents using the Freedom of Information Act and got more than 2000 pages of insider interviews with “people who played a direct role in the war, from generals and diplomats to aid workers and Afghan officials.” These documents were originally part of a federal investigation into the “root failures” of the longest conflict in US history – more than 18 years now.

Three presidents, George W. Bush, Barack Obama, and Donald Trump, have been involved in this ongoing war. It turns out that officials knew the entire time this war was “unwinnable” yet they kept throwing American lives and American money at it.

Here’s an excerpt from WaPo’s report. Anything that is underlined is taken verbatim from the papers themselves – you can click on them to read the documents.

In the interviews, more than 400 insiders offered unrestrained criticism of what went wrong in Afghanistan and how the United States became mired in nearly two decades of warfare.

With a bluntness rarely expressed in public, the interviews lay bare pent-up complaints, frustrations and confessions, along with second-guessing and backbiting.

“We were devoid of a fundamental understanding of Afghanistan — we didn’t know what we were doing,” Douglas Lute, a three-star Army general who served as the White House’s Afghan war czar during the Bush and Obama administrations, told government interviewers in 2015. He added: “What are we trying to do here? We didn’t have the foggiest notion of what we were undertaking.”

“If the American people knew the magnitude of this dysfunction . . . 2,400 lives lost,” Lute added, blaming the deaths of U.S. military personnel on bureaucratic breakdowns among Congress, the Pentagon and the State Department. “Who will say this was in vain?” (source)

The important thing to note about these interviews is that the interviewees never expected their words to become public. They weren’t “blowing the whistle.” They were answering questions for a federal investigation. So they didn’t hold back. These aren’t “soundbites.” It’s what the real witnesses are saying.

The U.S. government has not carried out a comprehensive accounting of how much it has spent on the war in Afghanistan, but the costs are staggering.

Since 2001, the Defense Department, State Department and U.S. Agency for International Development have spent or appropriated between $934 billion and $978 billion, according to an inflation-adjusted estimate calculated by Neta Crawford, a political science professor and co-director of the Costs of War Project at Brown University.

Those figures do not include money spent by other agencies such as the CIA and the Department of Veterans Affairs, which is responsible for medical care for wounded veterans.

“What did we get for this $1 trillion effort? Was it worth $1 trillion?” Jeffrey Eggers, a retired Navy SEAL and White House staffer for Bush and Obama, told government interviewers. He added, “After the killing of Osama bin Laden, I said that Osama was probably laughing in his watery grave considering how much we have spent on Afghanistan.” (source)

The US government deliberately misled the American people.

What’s more, if you officials, up to and including three presidents, knew they were throwing money at something that could never be achieved. They did it anyway and they lied to our faces about it.

The documents also contradict a long chorus of public statements from U.S. presidents, military commanders and diplomats who assured Americans year after year that they were making progress in Afghanistan and the war was worth fighting.

Several of those interviewed described explicit and sustained efforts by the U.S. government to deliberately mislead the public. They said it was common at military headquarters in Kabul — and at the White House — to distort statistics to make it appear the United States was winning the war when that was not the case.

Every data point was altered to present the best picture possible,” Bob Crowley, an Army colonel who served as a senior counterinsurgency adviser to U.S. military commanders in 2013 and 2014, told government interviewers. “Surveys, for instance, were totally unreliable but reinforced that everything we were doing was right and we became a self-licking ice cream cone. (source)

It’s been an epic 18-year-long exercise in CYA. (Cover Your A$$). I don’t see how anyone could fail to be outraged by this. And what I’ve cited here is just the crap icing on the maggot cupcake. It’s a festering mess and I urge you, if you really want to know the truth, to read this article on WaPo and click on these links.

How was all this money spent?

A lot of it went to building infrastructure in Afghanistan. It was flagrantly and frivolously used there while we live in a place where people are going bankrupt at best and dying at worst because they can’t afford medical care and there are places in our country without clean running water or toilets.

One unnamed executive with the U.S. Agency for International Development (USAID) guessed that 90 percent of what they spent was overkill: “We lost objectivity. We were given money, told to spend it and we did, without reason.”

… One unidentified contractor told government interviewers he was expected to dole out $3 million daily for projects in a single Afghan district roughly the size of a U.S. county. He once asked a visiting congressman whether the lawmaker could responsibly spend that kind of money back home: “He said hell no. ‘Well, sir, that’s what you just obligated us to spend and I’m doing it for communities that live in mud huts with no windows.’ ” (source)

Aren’t you angry about this? Don’t you feel betrayed as more Americans struggle to pay their bills and eat food and keep a roof over their heads each month?

Who benefits from this?

The defense industry certainly reaped rewards and it’s highly likely a lot of people who had the power to allow it to go on made some “wise investments” that have paid off for them.  But for the rest of us, this conflict has done nothing except ensure that our tax dollars are not here improving our infrastructure or helping Americans lead better and more productive lives.