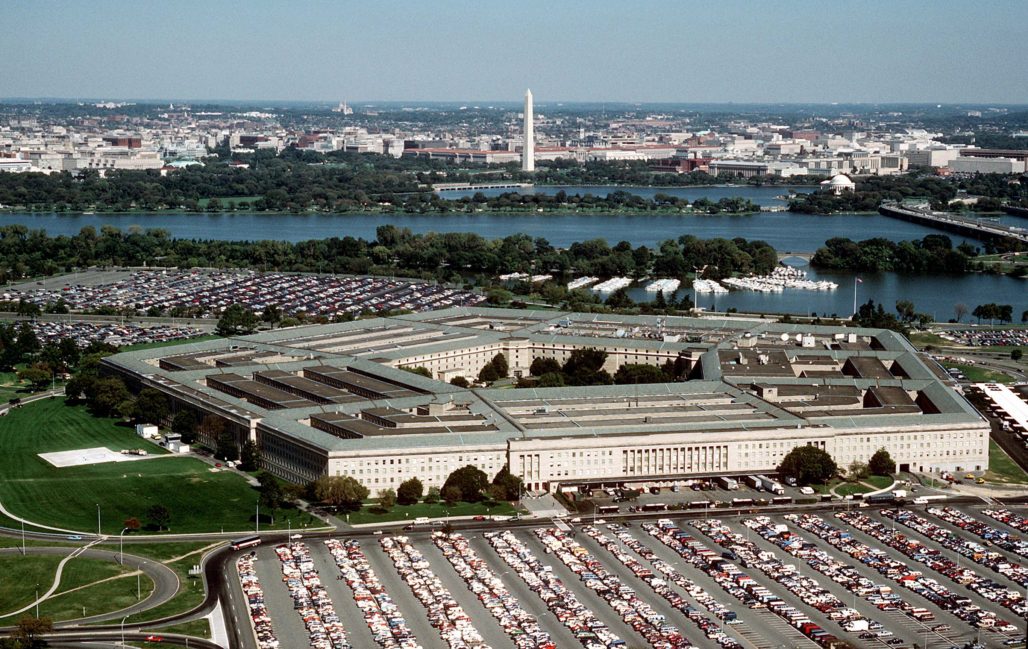 I’ve been writing critiques of the Pentagon, the national security state, and America’s never-ending military overreach since at least 1979 — in other words, virtually my entire working life. In those decades, there were moments when positive changes did occur. They ranged from ending the apartheid regime in South Africa in 1994 and halting U.S. military support for the murderous regimes, death squads, and outlaws who ruled Central America in the 1970s and 1980s to sharp reductions in the U.S. and Russian nuclear arsenals as the Cold War wound down. Each of those victories, however complex, seemed like a signal that sustained resistance and global solidarity mattered and could make a difference when it came to peace and security.

Here’s a striking exception, though, one thing that decidedly hasn’t changed for the better in all these years: the staggering number of tax dollars that persistently go into what passes for national security in this country. In our case, of course, the definition of “national security” is subsidizing the U.S. military-industrial complex, year in, year out, at levels that should be (but aren’t) beyond belief. In 2019, Pentagon spending is actually higher than it was at the peak of either the Korean or Vietnam conflicts and may soon be — adjusted for inflation — twice the Cold War average.

Yes, in those four decades, there were dips at key inflection points, including the ends of the Vietnam War and the Cold War, but the underlying trend has been ever onward and upward. Just why that’s been the case is a subject that almost never comes up here. So. let me try to explain it in the most personal terms by tracing my own history of working on Pentagon spending and what I’ve learned from it. 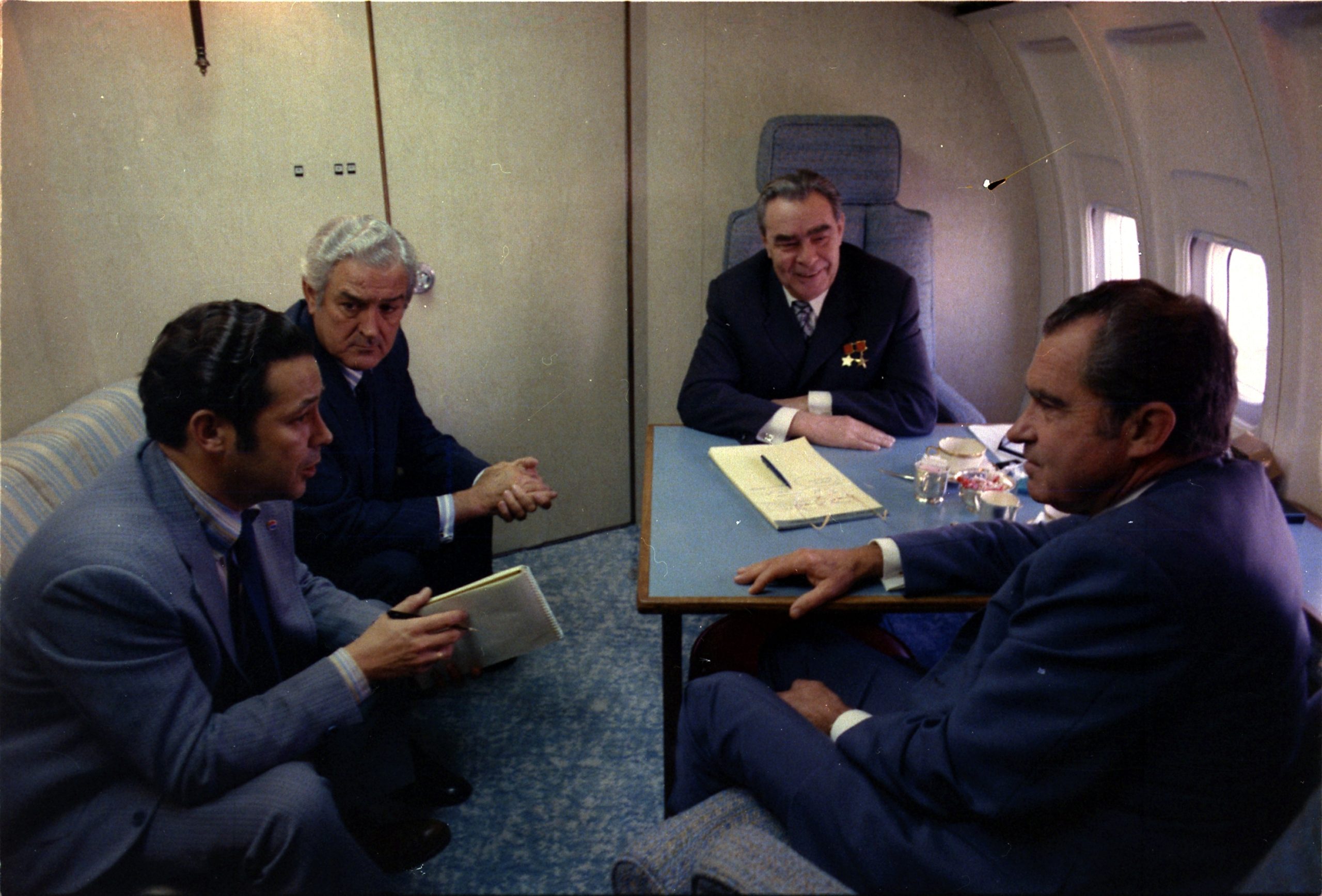 President Richard M. Nixon, at right in foreground, across the table from the Soviet Union’s General Secretary Brezhnev, on board the “Spirit of ’76” enroute to San Clemente, Calif., 1973.  (Oliver F. Atkins, National Archives via Wikimedia Commons)

I first began analyzing this country’s weapons-making corporations in the mid-1970s while still a student at Columbia University and deeply involved in the anti-apartheid movement of that moment. As one of my topics of research, I spent a fair amount of time tracing how some of those outfits were circumventing the then-existing arms embargo on (white) South Africa by using shadow companies, shipping weapons through third countries, and similar deceptions.

One of the outlets I wrote for then was Southern Africa magazine, a collectively produced, independent journal that supported the liberation movements in that part of the world. The anti-apartheid struggle was ultimately successful, thanks to the efforts of the global solidarity movement of which I was a small part, but primarily to the courageous acts of South African individuals and organizations like the African National Congress and the Black Consciousness Movement.

As it happens, there has been no such luck when it comes to reining in the Pentagon.

I started working on Pentagon spending in earnest in 1979 when I landed a job at the New York-based Council on Economic Priorities (CEP), an organization founded on the notion that corporations could be shamed into being more socially responsible. Armed with a BA in Philosophy — much to the chagrin of my father who was convinced I would be unemployable as a result — I was lucky to get the position. 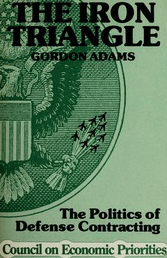 Even then I had my doubts about whether encouraging social responsibility would ever be adequate to tame profit-hungry multinational corporations, but the areas of research pursued by CEP were too important to pass up. One of their most significant studies at the time was a report identifying the manufacturers of anti-personnel weaponry used to grim effect in the war in Vietnam. And Gordon Adams, who went on to be the top defense budget official in the Clinton White House in the 1990s, wrote a seminal study, “The Iron Triangle,” while I was at CEP. That book laid out in a memorable fashion the symbiotic relationships among congressional representatives, the arms industry, and the Pentagon that elevated special interests above the national interest and kept weapons budgets artificially high.

My initial assignment was as a researcher for CEP’s Conversion Information Center — not religious conversion, mind you, but the conversion of the U.S. economy from its deep dependence on Pentagon spending to something better. The concept of conversion dated back at least to the Vietnam War era when it was championed by figures like Walter Reuther, the influential head of the United Auto Workers union, and Seymour Melman, an industrial engineering professor at Columbia University who wrote a classic book on the subject, “The Permanent War Economy of the United States.” (I took an undergraduate course with Melman which sparked what would become my own abiding interest in documenting the costs and consequences of the military-industrial complex.)

My work at CEP mostly involved researching subjects like how dependent local and state economies were — and, of course, still are — on Pentagon spending. But I also got to write newsletters and reports on the top 100 U.S. defense contractors, the top 25 U.S. arms-exporting corporations, and the companies advocating for and, of course, benefiting from President Ronald Reagan’s Star Wars missile defense initiative. (That vast program was meant to turn space into a new “frontier” of war, a subject that has recently lit the mind of one Donald Trump.) In each case, CEP’s goal was to push public interest and indignation to levels that might someday bring an end to the most costly and destructive aspects of the military-industrial complex. So many years later, the results have at best been mixed and, at worst, well… you already know, given the sky-high 2020 Pentagon budget. 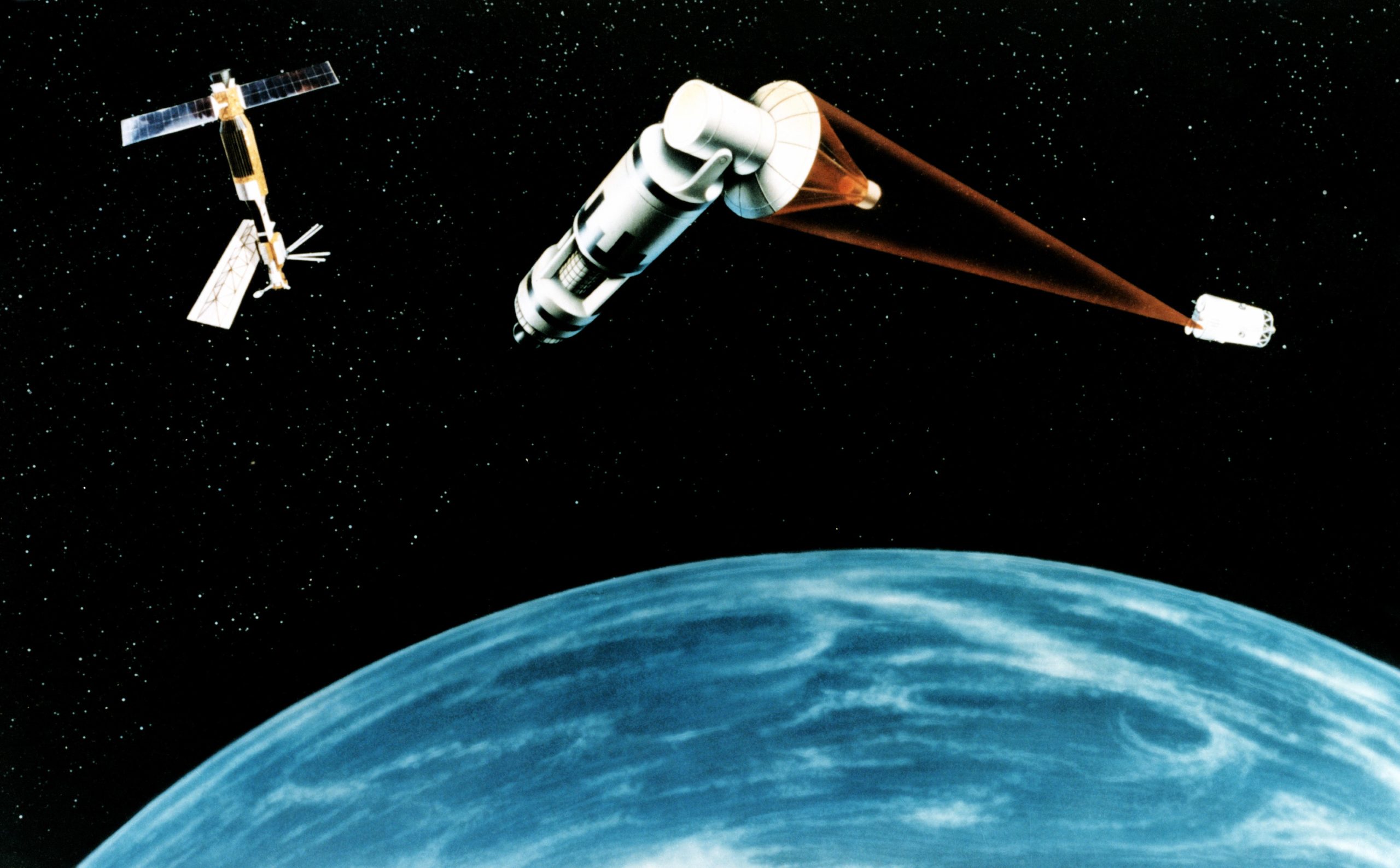 During my years at CEP and after, work on economic conversion was pursued at the national level by groups like the National Commission on Economic Conversion and Disarmament and, when it came to projects in defense-dependent states, by local outfits from Connecticut to California. Yet all of that work has been stymied for decades by a seemingly never-ending pattern of rising Pentagon budgets. The post-Vietnam dip in such spending briefly made the notion of conversion planning more appealing to politicians, unions, and even some corporations, but the military build-up in the early 1980s under President Ronald Reagan promptly reduced interest again. With that gravy train back on track, why even plan for a downturn?

There was, however, one anti-militarist surge that did make progress during the Reagan years: the Nuclear Freeze Campaign. I worked closely with that movement, authoring a report, for instance, on the potentially positive economic impacts of an initiative to reduce U.S. and Soviet nuclear forces. Although President Reagan never agreed to a freeze of any sort, that national grassroots movement helped transform him from the president who labeled the Soviet Union “the Evil Empire” and joked that “the bombing will start in five minutes” to the one who negotiated the elimination of medium-range nuclear missiles in Europe and declared that “a nuclear war cannot be won and must never be fought.” As Frances Fitzgerald documented in “Way Out There in the Blue,” her history of Reagan’s missile defense initiative, by 1984 key presidential advisers were concerned that the increasingly mainstream anti-nuclear movement could damage him politically if he didn’t make some kind of arms-control gesture.

Still, the resulting progress in reducing those nuclear arsenals brought only a temporary lull in the relentless growth of the Pentagon budget. It peaked in 1987, in fact, before dipping significantly at the end of the Cold War when Joint Chiefs of Staff Chairman Colin Powell famously claimed to be “running out of demons.” Unfortunately, the Pentagon soon fixed that, constructing a costly new strategy aimed at fighting “major regional contingencies” against regimes like Saddam Hussein’s Iraq and North Korea (as Michael Klare so vividly explained in his 1996 book “Rogue States and Nuclear Outlaws”).

President George H.W. Bush’s 1991 intervention in Kuwait to drive out Iraqi forces would provide the template for that new strategy, while seeming to presage a veritable new way of war. After all, that conflict lasted almost no time at all, seemed like a techno-wonder, and succeeded in its primary objective. As an added bonus, most of it was funded by Washington’s allies, not American taxpayers. 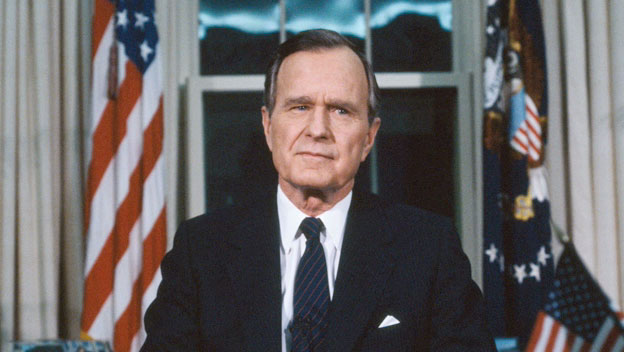 But those successes couldn’t have proved more illusory. After all, the 1991 Gulf War set the stage for nearly four decades of never-ending war (and operations just short of it) by U.S. forces across the greater Middle East and parts of Africa. That short-term victory against Saddam Hussein’s Iraq, in fact, prompted a resurgence of imperial hubris that would have disastrous consequences for the greater Middle East and global security more broadly. Militarists cheered the end of what they had called the “Vietnam Syndrome” — a perfectly sensible public aversion to bloody, ill-advised wars in distant lands. Had that “syndrome” persisted, the world would undoubtedly be a safer, more prosperous place today.

The end of the Cold War resulted, however, in that rarest of all things: real cuts in the Pentagon budget. They were, however, not faintly as deep as might have been expected, given the implosion of the other superpower on the planet, the Soviet Union. Still, those reductions hit hard enough that the weapons industry was forced to reorganize via a series of mega-mergers encouraged by the administration of President Bill Clinton. Lockheed and Martin Marietta formed Lockheed Martin; Northrop and Grumman became Northrop Grumman; Boeing bought McDonnell Douglas; and dozens of other firms, large and small, were scooped up by the giant defense contractors until only five major firms were left standing: Lockheed Martin, Northrup Grumman, Boeing, Raytheon, and General Dynamics. Where dozens of firms had once stood, only the big five now split roughly $100 billion in Pentagon contracts annually.

The theory behind this surge in mergers was that the new firms would eliminate excess capacity and pass on the savings in lower prices for weapons systems sold to the U.S. government. That, of course, would prove a fantasy of the first order, as Lawrence Korb, then at the Brookings Institution, made clear. As I’ve also pointed out, the Clinton administration ended up essentially subsidizing those mergers, providing billions of taxpayer dollars to cover the costs of closing factories and moving equipment, while actually picking up part of the tab for the golden parachutes given to executives and board members displaced by them.