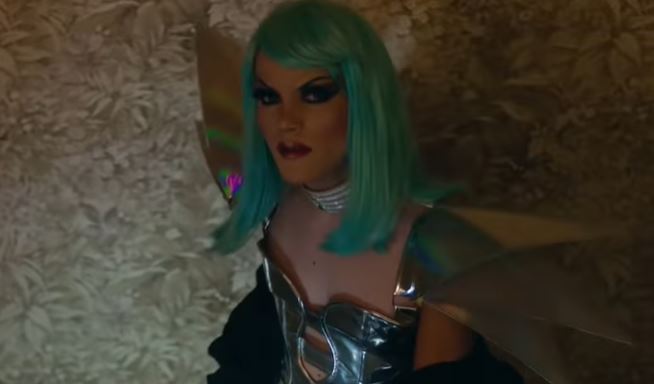 Over the years we have seen companies get “woke” just to “go broke,” losing millions and in some cases billions of dollars all because they wanted to suck up to a particular crowd, uncaring as to whether they offend anyone else or not.

Look at Dick’s Sporting goods where company leaders decided to join the Second Amendment versus gun grabbers battle back in 2018, taking sides in a political fight that ignored their own costumers’ preferences to jump onto the gun grabbers/control bandwagon, resulting in a $250 million loss for the company.

From soda companies to supermarkets we find that corporations are attempting to appeal and appease the LGBT community aka the “gay mafia,” despite the fact that the LGBT community only represents less than 10 percent of the overall population, risking the alienation of the other 90 percent that do not appreciate other peoples sexual preferences shoved in their face every time they turn around.

In 2019, we have found a series of “woke” fails across the globe and below we are going to detail what we have chosen to be the top five. 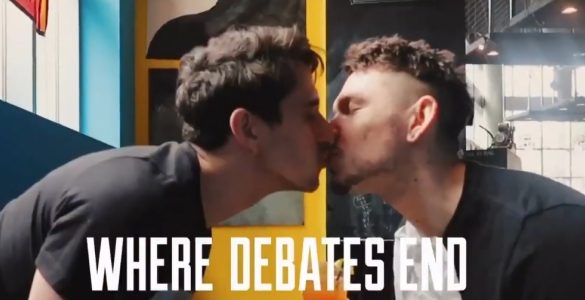 TGI Friday’s, following in the footsteps of companies like Nordstroms, Honey Maid, McDonald’s and GM, (Video compilation of those here) and Renault, by kowtowing to the LGBT community and agenda, as they recently put out a 15 second commercial of couples kissing and in that 15 seconds they managed to show the gay couple above as part of their promotion.

What did it have to do with the commercial? Nothing… absolutely nothing.

It’s a gay kiss that comes completely out of nowhere.

These people barely make up a single percentage of the United States population and yet they’re everywhere. In fact, we see more LGBTQIA+ agitprop than we do straight Asian couples in commercials, and they actually make up 5.6% of the U.S., population, as detailed by Pew Research.

Despite being a fast-growing segment of the U.S., consensus, Asians seem to be featured less in media than the various flavors of the alphabet soup.

Multiple forums are talking about this commercial and most are not exactly thrilled with having this LGBT agenda shoved down their throats.

Hallmark, a television channel geared towards family oriented movies and shows recently pulled an ad for Zola which promoted a gay-lesbian wedding. After the LGBT community finished harassing the television station, Hallmark reversed their decision and announced they were “wrong” to have pulled it, and said they would be reinstating it.

The company earlier told the Associated Press the commercials for the Zola wedding website were pulled from the air because the controversy had become a distraction following pressure from conservative group One Million Moms. It had complained about the ads to the CEO of the television network.

But in a reversal of sorts, Perry said “The Crown Media team has been agonizing over this decision as we’ve seen the hurt it has unintentionally caused. Said simply, they believe this was the wrong decision. Our mission is rooted in helping all people connect, celebrate traditions, and be inspired to capture meaningful moments in their lives. Anything that detracts from this purpose is not who we are. We are truly sorry for the hurt and disappointment this has caused.” said Mike Perry, President and CEO, Hallmark Cards, Inc.

#3 – SODA COMMERCIALS WITHOUT SODA BUT PLENTY OF LGBT PROPAGANDA

The soft drink Sprite, owned by Coca Cola company created a commercial, which ANP covered at the time, so I won’t get into too much detail in this article, but within the entire 1:35 minute commercial, not one person in the commercial ever took a sip of any drink, much less a Sprite.

Instead they show a female putting makeup on a male, another female having her breasts binded so she can look more like a guy, and another male dressing like a drag queen with the help of what appears to be his grandmother (Like that would happen!), before showing children working on a gay pride flag.

In other words, the commercial had absolutely nothing to do with a soft drink at all, the entire thing was LGBT propaganda.

This next one isn’t an American company but it makes the list because of the sheer ridiculousness of not only creating a sandwich and naming it the LGBT sandwich, with rainbow packaging, consisting of Lettuce, Guacamole, Bacon and Tomato, but the reaction of the gay community shows that when you give them an inch, they want a mile and nothing makes them “happy,” as they bitterly complain no matter how good the intentions of the company are.

The supermarket is called M&S (Marks and Spencer) and according to reports the release of this sandwich was to “raise money for the Albert Kennedy Trust, a charity dedicated to helping homeless LGBT+ youth.”

Gays took offense, with Aaron Wright tweeting out an image of the wrapped sandwich with a large bright pink “F*uck Off,” along with a message stating “Calling all LGBTs! Get yourselves down @marksandspencer and help yourself to a free gay sandwich! No need to pay babe, just walk in and take this trash off the shelves. Not sure whether this offer applies to allies too.”

After someone asked if the proceeds were going something, at least, Wright responded “v good question. should have checked: wasnt evident from front of packaging, but i felt so enraged i left. will pop in again later. i mean, that would make a lot of sense? but still, basically equating us to a sandwich? can’t imagine them doing this with other marginalised groups.” 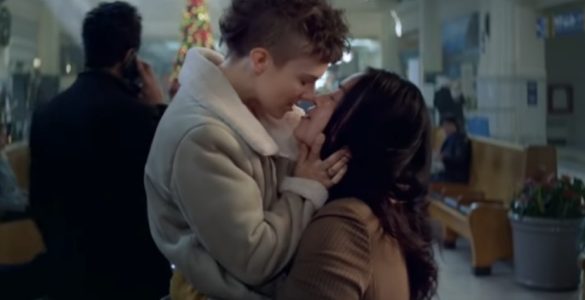 #5 – AMAZON, GILLETTE AND GINGERBREAD COOKIES?Number five was difficult… not to find, but to choose. Amazon put out a  minute and-a-half Christmas commercial, where at the 49 second mark, they just had to show two lesbian lovers so happy to see each other they had a very public display of affection with one jumping on the other and laying a big fat kiss on her. (Video here)

Or, we could have gone with the utter absurdity of a supermarket in the UK that launched a “gender neutral gingerbread person,” as some type of advertising ploy. I mean, really, did anyone ever make a gingerbread man and add anatomically correct body parts to begin with? *Sigh*

We ending up choosing Gillette, the razor company owned by Proctor & Gamble, who in January 2019 published a commercial aimed at attacking men, intimating that to be masculine is to be abusive, that masculinity is toxic. Imagine failing so badly that someone in charge of advertising didn’t look around and say ” Do we really want to attack and offend our main customer base?”

For those that do not see  the correlation between the LGBT agenda and this type of attack against masculinity, just step back and look at the bigger picture, where part of that agenda is to feminize men, celebrate “beta boys,” and pushing transgender issues in everyones’ face.

It all begins with attacking masculinity, alpha males and the heterosexual, Christian white male.