After the Adam Schiff Soviet-like impeachment debacle, the progressive socialist Democrats are still wandering in the wilderness in search of an offense against the President. The darker angels of the leftists have been on display before, but not as blatant as today. Today in many parts of this country, wearing a MAGA hat will get you beaten to a bloody pulp. This is the same attitude that the impeachment Democrats have without the decency of at least doing the bludgeoning themselves.

There are questions about the closed-door testimonies that have not been released. One is the testimony of State Department official Catherine Croft who proved that President Trump was concerned about corruption and lectured the Ukrainian President Petro Poroshenko in 2017. This undermines one of the leftists’ favorite talking points.

Of course, Adam Schiff, being the coward and liar that he is, scurried away when requested to answer questions from the Judiciary Committee. Schiff refused even to defend his report, where he made himself judge and jury with clear violations of ethics, fair play, and even decency we expect in the halls of Congress. In every instance in the past, the author of a Congressional report shows up to respond to questions. Schiff sent a staff member in his place, a pure act of cowardice.

Also informative was that Schiff also worked with Daniel Goldman, the same Dan Goldman that was one of Nadler’s constitutional experts brought in to lie to the American people on a refutation of the Nunes memo on the Steele dossier that was proven false by the IG Horowitz report this week. This highly partisan reading on the Nunes memo was the primary reason why he was picked to be a Democrat talking head in front of the committee. It is Goldman and Schiff that lied about the dossier, Russian collusion, and the Nunes memo that now expect the American people to believe them about impeachment. An impeachment based on hearsay, an accuser who cannot be examined, and literally no first-hand experience. 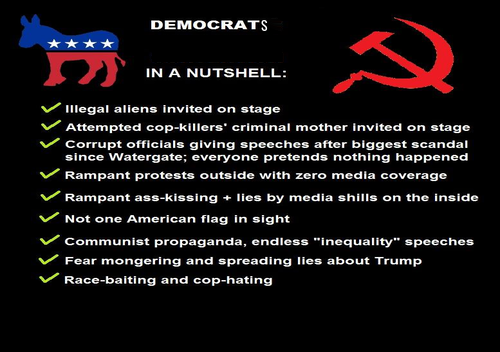 One such witness that the progressive socialist Democrats have placed great trust in was Ambassador Sondland, who supposedly talked to Zelensky’s advisor about the hold of lethal aid until an investigation was started. It is now a fact that Yermak did not discuss this with Sondland, was never alone with Sondland. Surprisingly, in an effort to get to the truth, no House committee has contacted Yermak to ascertain the truth.

They are attempting to create an aura of corruption against President Trump by innuendo, lies, and common usage of the rule of law to force our President out of office. They continue to use the same Stalinesque “guilty until proven innocent.” The leftists want to push the impeachment through lest they lose even more support. Voters through this country have seen the breaking of laws and unfair practices that both Schiff and Nadler have used in running this impeachment farce, and it is not going well with the voters.

Saying that they are fighting for the Constitution is laughable as they break every law to keep the conservatives from telling the reality that they are trying to hide. There is no doubt that, along with the media, they will continue to spew forth such garbage. The progressive socialists do not want the people of this country to understand that, with all the talk about the founders, and the rule of law, they care nothing about the laws that govern our nation. Pelosi and the other self-righteous Democrats talk of rights and due process but show the emptiness of their words when it relates to the President. President Trump has the right to confront the witnesses, but neither the “whistleblower” or Adam Schiff, who collaborated with the informant, will come forward.

The entire impeachment is not about the rule of law but who should have the power to lead our nation. Even Pelosi said that this started two and a half years ago. They cannot accept that the patriots elected president Trump in this country, and many Democrats have made clear that President Trump will not win the next election. You have had many progressive socialists admit that they can beat Trump and that he will get reelected if he is not impeached.

This entire impeachment fiasco is being used to regularly parrot talking points by the left. The politicians, the media, and leftist Hollywood all spout the same talking points as if repeating those points enough will make the true. They fear for national security which wasn’t the case under Obama. They talk of war in Ukraine, which Obama ignored by turning his back on Ukraine’s request for lethal aid. They wring their hands about the personal enrichment of the President, even though they can show none.

One of the foremost liars is Representative and losing Presidential candidate Eric Swalwell. Both by fabricating the truth and omitting key details, Swalwell has attempted to change public opinion by deviating from the truth. Swalwell has tried to pass off some interesting facts. He has claimed that he wants to hear someone dispute the fact that Rudy Giuliani was Donald Trumps’ lawyer and is attempting to dig up dirt on the Bidens to affect the next election. The fact that Giuliani is the President’s personal attorney is undisputed, but the relevance to anything to do with impeachment is not shown. The fact that Giuliani is the personal attorney is only relevant in the spying on his personal phone calls, which is a clear violation of attorney-client privilege. That was ignored because any means justifies the ends to the progressive socialists.

Swalwell also claimed that when Giuliani was hired, the ambassador to Ukraine Marie Yovanovitch was fired. Not mentioned by Swalwell is that in the infamous July 25th call, President Zelensky also said that Yovanovitch was interfering on Ukrainian politics, including ignoring the corruption of Burisma. And providing a list of progressive socialists sycophants that she demanded not to be investigated, Swalwell declared another fact was President Trump ordered Vice President Pence not to attend the inauguration of the Ukrainian President. This is a fact that is based on the word a Pence aide that testified that she heard that Trump had made the decision, but has no first-hand knowledge, a case of second party hearsay.

One of the stupid talking points that the progressive socialists have been using, with Swalwell leading the pack, is that the word “corruption” was not used in the call. Not mentioned was that corruption was mentioned to President Poroshenko months before. Ignoring the Biden fiasco concerning Burisma as a discussion of corruption is omitting a relevant point to the discussion. Swalwell also has proclaimed that in the call, bribery was discussed. He doesn’t explain how bribery could be in the discussion. Using the logic the progressive socialists use, “bribery was never used in the discussion, so couldn’t have happened”. Sorry, leftists, you can’t have it both ways.