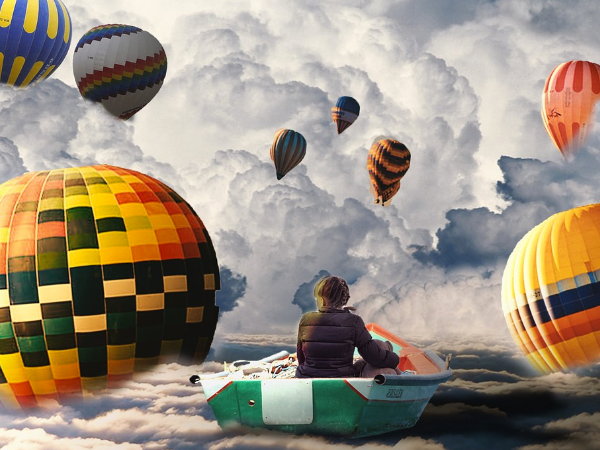 Until recently, Federal Reserve Chair Powell has maintained that the Fed will operate using a “symmetric 2% inflation target.”

Simply put, that means the Fed sees 2% inflation as a level that sustains economic growth without putting too much upward pressure on prices.

But it looks as though that whole idea may be set aside, at least for now, with the potential for inflation to start rising, and quickly.

In the bar graph below, you can see that the “official” rate of U.S. inflation currently sits at 1.8% and has fluctuated at or below 2.0% since January: 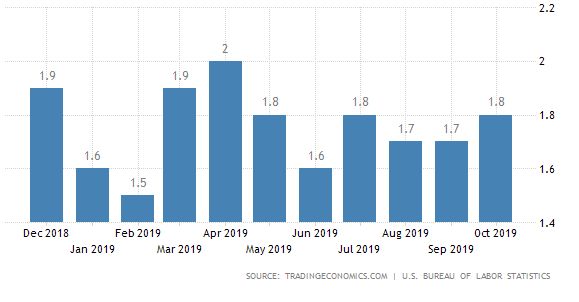 But the inflation rate could rise dramatically over the next few months, because the Fed has recently proposed “launching a new rule that would let inflation run above its 2% target to make up for lost inflation,” according to ZeroHedge.

The Financial Times reported on this surprising development with a front page story by U.S. economics editor Brendan Greeley:

If the Fed adopts this so-called “make-up strategy”, it would mark the biggest shift in how it carries out its interest rate policy since it began to target 2 per cent inflation in 2012.

The Fed’s new symmetric inflation target would be 2.5-3.0% if the proposal passes, which could happen as soon as its next monetary policy review in the first half of 2020.

Which would also set the stage for things to get dicey…

If inflation jumped to 5%, the Fed would be put into the position of raising the Federal funds rate even higher. Wenzel thinks it may need to go to “around 6.5% to 7.0% to kill the price inflation.”

Lending would get expensive. Food, energy, and even medical services could all shoot up in price. Not good if you’re Chairman Powell and want to give the impression that the Fed has control of U.S. monetary policy.

But the most alarming part of this is “real” inflation may already be over 5%.

The “Inflation Train” May Already Have Left the Station

The Consumer Price Index (CPI) is a set of methods that track the official inflation rate, monitored by the Bureau of Labor and Statistics (BLS).

It used to work to help businesses, individuals and the government adjust for the impact of inflation. That is, until politicians started messing with the methodology in the 1990s.

According to the methodology used before politicians made a mess of things, the inflation rate is shown by the blue line in the chart below:

As the chart shows, “real” inflation is just over 5%, as opposed to the officially reported rate of 1.8%. That’s well over twice as high.

If the Fed were to talk about the “real” inflation rate, it could cause panic in the markets. Not to mention, it would cause the public to seriously question the wisdom of “letting inflation run hot.”

The bottom line: If official inflation is allowed to “run hot” and exceed 10%, the U.S. economy would quickly be turned upside down.

Make Sure to Prepare for Rising Inflation Costs

Regardless of whether “real” inflation is correct or “official” inflation starts to soar, maybe the Fed doesn’t have as much control over effective monetary policy, as they would like us to believe.