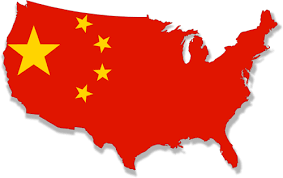 I have been fortunate, over the past 6 years to have Drug Enforcement Agency (DEA) contacts that are wholly independent from one another. I have regular, encrypted contact with one agent. He has served at the highest pinnacle of power in the DEA both in foreign stations, working closely with the CIA, and domestically where they work more closely with the ATF and the FBI.

In the last 48 hours, I have had 5 independent conversations with these two agents about what is happening and what is coming. A conversation with a DEA agent is unlike any conversation one can have with another federal LEO because they are often on the inside of either CIA operations and as such are exposed to their foreign mission objectives. Or, we see the FBI cartel from the inside of domestic operations. Both groups have men and women working to save America or to perpetuate conditions which can lead to its destruction.

Unlike most reporters in the Independent Media (IM), both agents tell a story of dual globalist agendas which has to do with how to deal with the American domestic problem. Most of the IM simply reports on the THE (Single) New World Order agenda. Unfortunately, what America is facing is not a singular plot to overthrow the American government, it a multi-layered series of plots that comes different directions and sources. They often compete with each other and their desired mission outcomes are often in opposition to each other. Here is what they do agree on; With some internal opposition, they are firmly dedicated to the removal of the Constitution because it is an impediment to control. The more radical fringes of our government, accept the notion that most Americans must die to save the world and the only way to save the world is to dedicate to the collective. The world has never been in a position to destroy itself before now. Therefore, individualism can no longer be allowed. They don’t care about climate change dogma, except for the fact that it promotes a type of “planet-saving” collectivism that is needed.

The Surface Portion of the New World Order

Most people who are knowledgeable about New World Order events believe the following:

There is a pervasive, long-standing intention from very bad people who want to wipe out 90% of the population and then consolidate the survivors into a one-world government and economy. Gun confiscation is a necessary first prerequisite because it lessens resistance to what is coming and this is what we are seeing in Colorado. From what I am told this ideal still lives in the hearts of some globalists, but it is generally considered to be antiquated because it is so cumbersome and time consuming. This plot continues with using an issue like gun control to start a civil war which will mushroom into a third world war. Gun control, using sex as a weapon with blackmailable affairs with children by public officials is needed to control the political agenda, using food as a weapon (ie weather wars), bio-weapons, FEMA camps, civil war, World War III, etc., are some of the parts that make up this aresenal of control.

All government reflects these ideals of total control and the end justifying the means. This is the surface part of the New World Order and if America is lucky that is all that we see. If Trump is going to be elected in 2020, the Deep-State approach will be abandoned and the Chinese options will be employed.

As I have learned with many conversations with not just DEA personnel, but people in the defense industry, ARSOF and military intelligence, there is a pervasive evil that feeds on mass death and destruction. They do not seek to conquer an enemy, these seek to totally destroy them

From the DEA, I have learned not only how truly evil the cartels are in Northern Mexico (eg CJNG and the Sinaloa cartel), but how truly Satanic they have become. They often canniabalize the hearts of their victims, which is brutal beyond belief. They have forsaken their Catholic heritage and have substituted the occult as their guiding light just as the Nazis did. And who controls the cartels? The CHICOMS control the cartel and they truly serve Satan.

Inside of China, the continual and persistent persecutions of certain population groups reflect the values of the Communist Chinese Party (CCP). This is why the most extreme faction of the New World Order have selected China to become the world’s policemen because they will do what is needed to gain control. To these controlling globalists, America cannot be conquered and reasoned with. Americans have a love of guns, freedom and a spirit of defiance. It is far easier in the minds of extreme globalists to simply wipe the slate clean.

Along the same lines as the more radical globalists leadership, the Chinese are not truly interested in cohabitation of America with American survivors of the coming conflict. I covered the goals of this radicalized group this past summer with the revelations of the goals for the CCP and their true intentions. The CCP is dominated by a Satanic, cartel mentality. As the title suggests, they are not coming for America, they are coming for Americans. The thinking among the DEA agents is surprising similar. They both believe that a more mild subjugating agenda is being employed right now as described in the first group. However, if what we are witnessing does not quickly result in the fall of America, option number two, the China option, takes center stage. And what will that consist of? In order to answer that, I must review the warnings of Chinese Defense Minister Wei Fenghe and his stated intentions for America issued in a leaked speech in July of 2019.

Here is a summary of what Wei Fenghe told the CCP in a leaked speech in July of 2019 as posted in a 5 part series, with each part covering a different goal.

·  Part 1– The domestic reasons the Chicoms feel it necessary to send millions of colonists to the United States. The Chinese lack the resources to care for their people face eventual civil war. Even conquering their neighbors will not provide what they need to sustain China.

·  Part 2– The planned methodology for the elimination of the American threat by committing genocide against the United States through the use of bioweapons that are genetically based and will target non-Chinese only.

·  Part 3– The Chinese are facilitating a Chinese takeover of the planet as evidenced by their incursions into Africa, South America, Mexico and the Eastern regions of the Middle East. They are beginning to fulfill their political mandate of policing the 21st century.

·  Part 4– The Chinese are beta testing the use of bioweapons against the United States through the weaponization of selected immigrants that Steve Quayle calls infectons. This is already known to the CDC and will covering a related story later on the CSS.

·  Part 5 of this series dealt with the number one economic reason that Chinese want hundreds of millions of colonists to occupy the United States and it has to do with controlling, not sharing US natural resources. Controlling and not sharing means only one thing, genocide. It is the considered belief of those I speak with is that what we are watching the Democrats unleash is a final and desparate move to bring the American problem under control. And given the lack of progress (eg impeachment), that day is coming sooner rather than later.