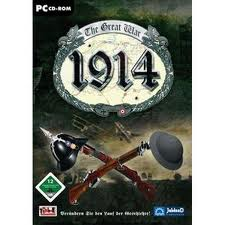 The Christmas Truce of 1914 was an initiative of the soldiers on both sides; it was a mark of human solidarity and fraternity against the political and military architects of World War I.

The  Spirit of Christmas in December 1914 prevailed:

“In the front lines, the fraternisation of Christmas Eve is continued throughout the day; not all units know about it, and it is not universal but is widespread over at least half of the British front. Many bodies that have been lying out in no man’s land are buried, some in joint burials. Many men record the strange and wonderful events; may men exchange tokens or addresses with German soldiers, many of whom speak English. 81 British soldiers die on this day; a few die in areas that are otherwise peaceful and with fraternisation going on, victims of alert snipers. In other areas, there is considerable activity: 2nd Grenadier Guards suffer losses in a day of heavy fighting. As night fell, things grew quiet as men fell back to their trenches to take whatever Christmas meal that had been provided for them.” 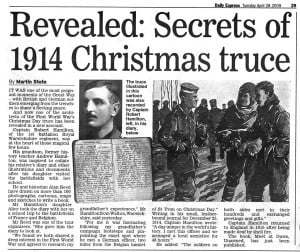 The Military High Command on both sides was firmly opposed to the Spirit of Christmas in the trenches. The Mot d’ordre of the French and British high command was to promote an “offensive spirit” in the trenches. In the words of General Sir Horace Smith-Dorrien, “Friendly intercourse with the enemy, unofficial armistices, however tempting and amusing they may be, are absolutely prohibited“:

Instructions were issued to commanders of all Divisions:

Lessons of the 1914 Christmas Truce

The military oath taken at the time of induction demands unbending support and allegiance to the US Constitution, while also demanding that US troops obey orders from their President and Commander in Chief Donald Trump:

Both president Donald Trump as well as his predecessor Barack Obama not to mention George W. Bush have blatantly violated all tenets of domestic and international law.

So that making an oath to “obey orders from the President” is tantamount to violating rather than defending the US Constitution.

“The fact that a person [e.g. Coalition troops] acted pursuant to order of his Government or of a superior does not relieve him from responsibility under international law, provided a moral choice was in fact possible to him.”

Anti-war sentiment alone will not result in abolishing all wars.

An effective grass roots resistance against war requires a movement within the ranks of US-NATO Armed Forces to disobey orders. That is the message of the 1914 Christmas Truce. Lay down your arms, disobey orders emanating from wars criminal in high office.

In France, an unconfirmed December 2018 report suggests that soldiers and war veterans are joining the Yellow Vests. 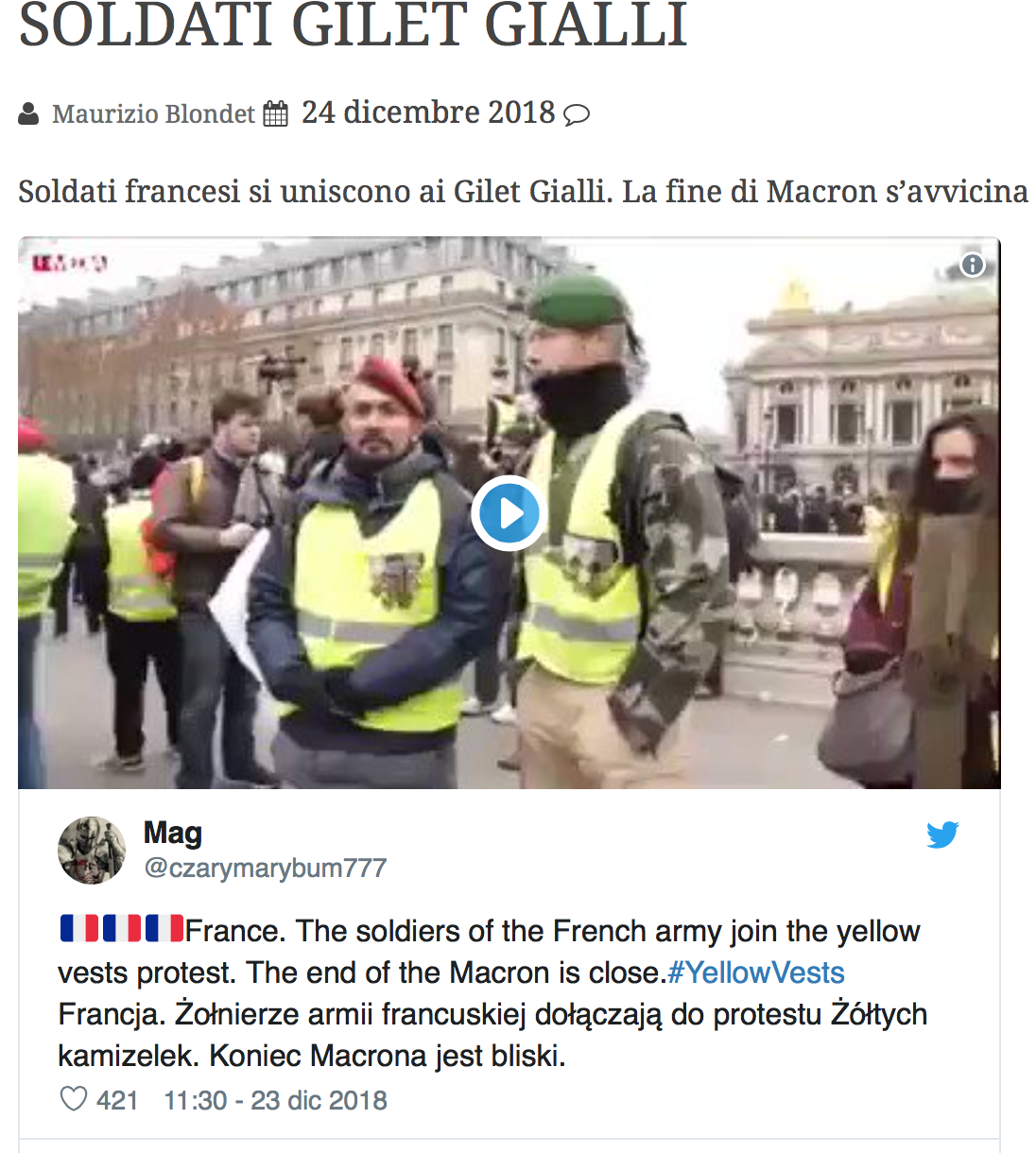 And once a movement of members of the Armed Forces of all ranks integrates a civilian grassroots protest movement, with soldiers refusing to fight, the US-NATO military agenda will be in shatters.

The issue of war propaganda must also be addressed including the indoctrination of those serving in the Armed Forces.  The official US-NATO motto is: Going after the bad guys, waging a  “Global War on Terrorism” against so-called “jihadists”.

What is not mentioned is that the jihadist are mercenaries, trained and financed by US-NATO and their allies.

Without the gush of daily (corporate) media disinformation which upholds US-NATO led wars as humanitarian endeavours under the banner of “Responsibility to Protect” (R2P), the war-makers in high office would have no leg to stand on.

Within the corporate media, journalists also have the choice to “disobey orders” and many of them are doing so, as well as joining the ranks of the independent media.

This is the spirit of Christmas which we wish to uphold, based on the Lessons of  the Christmas Truce of December 1914.

May Peace and the Spirit of Christmas prevail!

Abolish All Wars! indict the War Criminal in high Office.

The Christmas Truce of 1914

The Christmas Truce has become an enduring image of the triumph of man’s spirit over adversity. What really happened in no man’s land between British and German infantry in December 1914, and who was there?

Once the fighting of the First Battle of Ypres died down in November 1914, British units that had been holding the Ypres Salient were relieved by French ones. By December, the BEF had moved and was now holding a continuous sector of the Western Front from a little south of St Eloi, round past Armentières to Neuve Chapelle, past Festubert and to the La Bassée Canal at Givenchy.

The British force in France now consisted of the shattered units of the regular army, most of which had been all but destroyed at Ypres and which were in the process of being rebuilt by receiving new drafts, with the welcome addition of two Divisions making up the Indian Corps and some units of the Territorial Force.

The position being held consisted of crude trenches and breastworks. The weather had been continuously wet for some time, and conditions were particularly trying.

The static and dull nature of trench warfare and the close proximity of the enemy (which meant that they could be heard, and their breakfast cooking smelled, although rarely seen) caused many men to be curious about the men they were facing. They were certainly facing the same conditions of wet and cold, and in a strange way a mutual respect developed.

There were occasional shouted conversations between trenches, and the odd instance of exchange of goods, although to be too adventurous was foolhardy for men were continually lost to sniper fire.

Build up to the truce

Under strong French pressure to take the initiative, the army was ordered into a series of small piecemeal attacks that proved to be very costly. Cut down by rifle and machine gun fire and unable to enter enemy trenches, the attacking units left many casualties lying in no man’s land and on the enemy barbed wire defences.

“It is during this period that the greatest danger to the morale of troops exists. Experience of this and of every other war proves undoubtedly that troops in trenches in close proximity to the enemy slide very easily, if permitted to do so, into a “live and let live” theory of life…officers and men sink into a military lethargy from which it is difficult to arouse them when the moment for great sacrifices again arises…the attitude of our troops can be readily understood and to a certain extent commands sympathy…such an attitude is however most dangerous for it discourages initiative in commanders and destroys the offensive spirit in all ranks…the Corps Commander therefore directs Divisional Commanders to impress on subordinate commanders the absolute necessity of encouraging offensive spirit… friendly intercourse with the enemy, unofficial armistices, however tempting and amusing they may be, are absolutely prohibited”

The early weeks of December 1914

Tremendous volumes of mail and gifts for the troops were sent from homes in the United Kingdom and Germany. King George V sent a Christmas card to every soldier, sailor and nurse; the Princess Mary fund despatched a gift box to every serving soldier.

A further effort [by 20th Brigade; 2nd Scots Guards and 2nd Border] later in the day also fails.19 December 1914An attack by 11th Brigade [1st Somerset Light Infantry, 1st Hampshire and 1st Rifle Brigade] on the “German Birdcage” east of Ploegsteert Wood fails with heavy casualties, many of which are caused by British heavy artillery firing short of target.

Local truce on the front of 22nd Brigade; Germans begin by taking in British wounded from no man’s land. There is some contact: according to Lt G. Heinekey of 2nd Queen’s, it lasted all morning. Lt Henry Bower, 1st South Staffordshire and at least one soldier of the 2nd Queen’s were killed by rifle fire from neighbouring units while assisting with the wounded. A similar activity took place on the front of 20th Brigade.