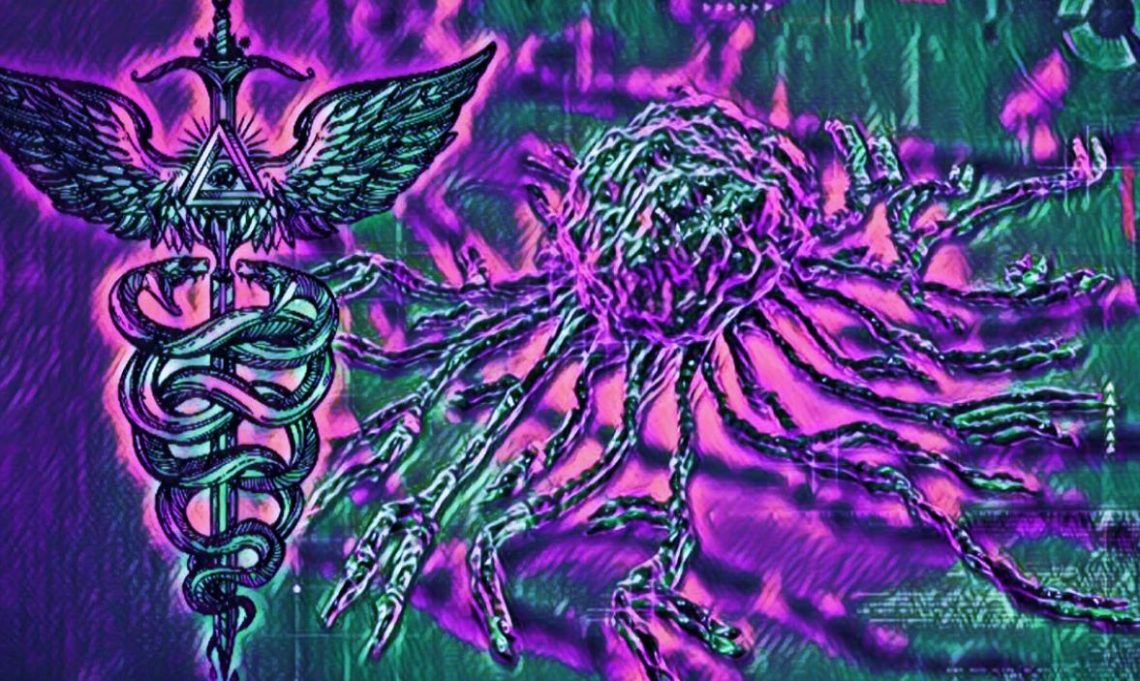 There is a cancer within the world of modern medicine eating away at the very heart of its original design. Rather than healing humanity, this cancer seeks to destroy us from within. In this final part of our series, we will explore how transhumanism has shaped modern medicine from the mid-20th century to today.

The term originated from biologist and eugenicist, Julian Huxley, who wrote an essay entitled “Transhumanism” in 1957.  Huxley was the first Director General of UNESCO (United Nations Educational, Scientific, and Cultural Organization) in 1946, President of the British Eugenics Society from 1959 to 1962, and President of the British Humanist Association from 1963 to 1965. In the post-World War II era, Huxley sought to “reform eugenics” by separating the movement from the Nazi’s racially driven eugenics agenda to a movement more focused on birth control, abortion, and “decriminalization of homosexuality.”  Though Huxley maintained similar beliefs as eugenicists in the past, such as the concepts that exceptionalism is inherited and those deemed as mentally defective should not reproduce, he aspired for eugenics to transcend its former confines to one of “evolutionary humanism” and population control. Huxley aligned himself with the Population Council and the Rockefeller Foundation on birth control and population control agendas and in 1959 received an award from the Lasker Foundation under the category of “Planned Parenthood – World Population.” From 1969 to 1970, Julian Huxley held a Vice-President position for the Abortion Law Reform Association.

In the decades to follow, transhumanist philosophy has itself evolved by the works of futurists, like Max More, who, in his 1990 essay entitled, “Transhumanism: Toward a Futurist Philosophy” outlined the ambitions of transhumanism as we understand it today. However, very little has changed in its underlying tone as a modernized version of eugenics. As a prominent member of the transhumanist movement, Zoltan Istvan, who is a futurist and writer for publications such as: New York Times, Vice, Huffington Post, and Newsweek, Zoltan has reflected the sentiments of eugenicists in decades past through a modern lens by writing, “In this transhumanist future, should everyone still be allowed to have unlimited children whenever they want?…In an attempt to solve this problem and give hundreds of millions of future kids a better life, I cautiously endorse the idea of licensing parents, a process that would be little different than getting a driver’s license. Parents who pass a series of basic tests qualify and get the green light to get pregnant and raise children. Those applicants who are deemed unworthy — perhaps because they are homeless, or have drug problems, or are violent criminals, or have no resources to raise a child properly and keep it from going hungry — would not be allowed until they could demonstrate they were suitable parents…Of course, the problem is always in the details. How could society monitor such a licensing process? Would governments force abortion upon mothers if they were found to be pregnant without permission? These things seem unimaginable in most societies around the world. Besides, who wants the government handling human breeding when it can’t do basic things like balance its own budgets and stay out of wars? Perhaps a nonprofit entity like the World Health Organization might be able to step in and offer more confidence…I see near-term hope in what can be called a new transhuman-inspired birth control device originally developed at MIT and now backed by funding from Microsoft founder Bill Gates. The implanted microchip lasts for up to 16 years — three times current implantable devices, including IUDs — and can deliver hormones into the body via an on-off switch on your mobile phone. It’s not a huge jump to imagine governments seeing opportunity in using this.”

In the pursuit of life extension among transhumanists, the obvious dilemma of overpopulation is conveniently solved by those entities and individuals responsible for promoting population control, like the World Health Organization and Bill Gates.  By no means does Zoltan Istvan represent only the fringe members of the transhumanist movement. In fact, in 2014, Istvan announced his candidacy for President of the United States as a Transhumanist Party member; then he announced a bid for the position of Governor of California in the 2018 election as a Libertarian.  Most recently, Istvan announced in November of 2019, his candidacy to challenge President Trump, as a member of the Republican Party in the upcoming 2020 election.

Expediting Human Evolution: Many Means to the Same End

Though all transhumanists advocate for the accelerated evolution of humans by means of technological advances, they vary in their pursuits to achieve this common goal. Some may focus on the inevitable convergence of humans with machines and artificial intelligence which is commonly referred to as the “Singularity.” Others pursue research in the fields of genetic engineering and biotechnology to achieve their goals of advancing human evolution. Transhumanists seem to share an optimistic perspective on the outcome of such pursuits for the sake of curing diseases or life extension in the name of science and medicine. Undoubtedly, advances have been made in treatments and cures for a variety of diseases within these fields.  However, the possibilities for their misuse, or the mere underestimation of their long-term effects, which in some cases, could yield disastrous outcomes for humanity, often times seem overlooked. Rapid advancements in artificial intelligence and biotechnologies continually make the top of the list of the Office of the Director of National Intelligence Worldwide Threat Assessment for “Emerging and Disruptive Technology,” considering their potential for global catastrophe.

Futurist, transhumanist, and Director of Engineering for Google, Ray Kurzweil, predicts that by 2029 artificial intelligence will reach that of human intelligence, and has “set the date 2045 for the ‘Singularity’ which is when we will multiply our effective intelligence a billion fold by merging with the intelligence we have created.”  In an interview on “The Coming Singularity,” Kurzweil explained that “Information technology grows exponentially…many different measures of information technology double every one year… So, these technologies will be a million times more powerful within the next 20 years.  In fact, the speed of exponential growth is, itself, speeding up.” While Kurzweil admits that he is an optimist, adding, “I do think we have been helped more than we’ve been hurt by technology already,” he concedes that he’s “actually written extensively about the dangers of all this.” Kurzweil referred to the “grave dangers of genetics, nanotechnology, and robotics,” citing Bill Joy’s article entitled, “Why the Future Doesn’t Need Us,” in which the author paints a grim inevitability of humans “at the mercy of machines.”  While science and technology giants like Mark Zuckerberg and Google’s DeepMind creator, Londoner Demis Hassabis, appear to share optimism of a harmonious future with artificial intelligence, which Kurzweil has outlined in his books, “The Age of Spiritual Machines,” and “The Singularity is Near,” others like Stephen Hawking and Elon Musk have provided a more fatalistic approach to the trajectory of artificial intelligence.

In a 2014 interview, Stephen Hawking warned, “The development of full artificial intelligence could spell the end of the human race…It would take off on its own, and re-design itself at an ever increasing rate…Humans, who are limited by slow biological evolution, couldn’t compete, and would be superseded.”  Elon Musk has shared the same sentiment in various public statements, most notably in a 2018 interview in which he forewarned, “The rate of [artificial intelligence] improvement is really dramatic. We have to figure out some way to ensure that the advent of digital super intelligence is one which is symbiotic with humanity.  I think that’s the single biggest existential crisis that we face and the most pressing one…This is extremely important.  I think the danger of A.I. is much greater than the danger of nuclear warheads by a lot and nobody would suggest that we allow anyone to just build nuclear warheads if they want.  That would be insane. Mark my words: A.I. is far more dangerous than nukes. Far.”