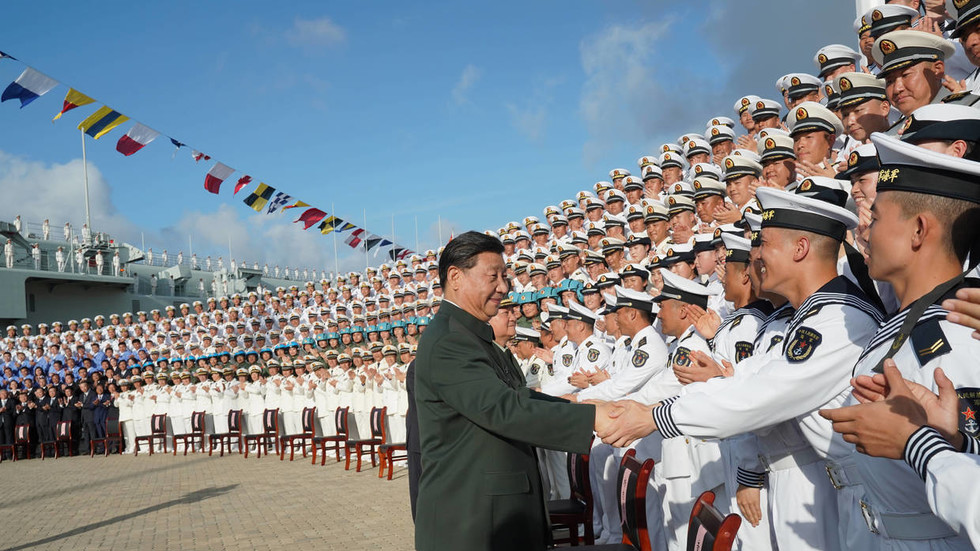 China might soon shift the world naval balance and unseat the US as the modern master of the seas. The process appears to already be under way, and there is little that Washington can do about stopping it.

Visibly shaken by what it has seen on a photo showing just one of China’s military shipyards near Shanghai, the business magazine Forbes recently told its readers an alarming story about the “impressive rate” and “vast scale” of Chinese naval modernization.

The shipyard in question indeed appears to be an impressive sight to behold. There, one can see a total of nine newly constructed destroyers lined along the quay and docked in an inner shipyard basin. By contrast, the entire UK Royal Navy has a total of just six similar-class vessels, Forbes notes.

As if it was not enough, the same shipyard is also building China’s newest aircraft carrier – the third in a row. The second one, called the Shandong, was commissioned by the People’s Liberation Army Navy (PLAN) earlier this week. Designed to carry 36 J-15 fighter jets, it is China’s first fully domestically produced carrier.

The one under construction at the Shanghai shipyard is expected to be even bigger and better. In particular, it will have an electromagnetic catapult – just like the US Navy’s newest carrier, USS Gerald R. Ford.

More importantly, this one shipyard is but a sneak peek into China’s real capabilities as there are “many yards across China, which are similarly impressive,” Forbes warns its readers.

What might have come as a surprise for Forbes has been occupying the minds of all sorts of analysts for quite some time. The US media and think tanks alike are all united in their concerns about Beijing’s growing military power.

In June, the Center for a New American Security (CNAS), a Washington-based think tank, argued that China’s industrial and technological capabilities might help it “beat the Americans at their own game” and get an edge in the new arms race.

“The Soviets were never able to match, much less overcome, America’s technological superiority. The same may not be true for China,” warns the CNAS paper, adding that Beijing “strives to achieve technological parity, and eventually technological dominance.”

Similarly, a whole range of media outlets from The Diplomat to the National Interest spared no efforts telling their readers that China’s military modernization poses “a challenge” to the US and gives Washington “good reasons” to worry. Harvard Policy Review made a step further and wondered whether Beijing’s strategy could put it on a “path to hegemony,” eventually admitting that it mostly depends on “how far China is willing to go.”