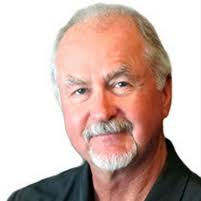 The “Deep State” has been a high-profile topic for several years. Opinions are divided and strong. Those who benefit from the Deep State power and influence support the Deep State and fight against its opposition. Others think it’s the cause of much that is wrong in the world.

Rather than wade into the debate, consider the wit and wisdom of Bill Bonner regarding the Deep State.

“We saw last week how the epic battle for the soul and future of America is over. The Deep State won.”

“No victory parade was held. And the Constitution was not repealed or rewritten. But the Deep State now controls the White House, Congress, the courts (more or less), the universities (more or less), the Pentagon, the bureaucracy, the dollar, the budget, and the press.”

“Neither the [Presidential] candidates, nor the press, nor the public seems willing to face the two things that matter most – money and war.”

The Deep State lives on dollars, trillions of dollars. Those trillions support the political and financial elite. They buy the allegiance of Congress, the press, Pentagon, media and many others.

“…they [Deep State] have to keep these hot spots burning and these threats maintained or inflated, because they know if the real truth of the world were considered by Congress, the defense budget would be slashed dramatically.”

“I think the stock market is in its last days of bubble excess. I think the economy is slouching toward recession within a matter of a few quarters or months.”

But the U.S. government doesn’t extract enough tax dollars to fund the programs that our paid-for congress deems necessary, so government borrows the difference.

The consequences are clear. Debt increases every year, dollars are devalued, and prices rise. Wall Street, the financial cartel, and the military-industrial-security complex increase their wealth and influence over the economy… and the game continues.

THE DEEP STATE EXISTS. SO WHAT?

Prices for stocks, commodities, and consumer prices rise. A five-decade graph – log scale – of the S&P 500 Index (weekly prices) shows the exponential rise of stock prices as the dollar buys less. Note: The S&P is near the top of its channel.

A log-scale chart of silver shows a similar exponential rise. Note: Silver prices are near the bottom of their channel.

The Deep State needs ever-increasing expenditures, more than taxes can generate. No problem… borrow or print the difference, encourage The Fed to squash interest rates to make the debt service affordable, and spend, spend, spend. Dollars devalue and silver prices will rise. The 1% get richer.

The Deep State needs an ever-increasing quantity of dollars and more silver every year. Dollars devalue and silver prices rise. Investors will eventually understand and become more interested in real money with no counter-party risk.