U.S.—Legislators have begun to hold hearings on impeaching Santa Claus after an overheard conversation seemed to imply he was offering a quid pro quo: gifts in exchange for good behavior.

FBI agents spied on Claus at various malls as he repeatedly said things like, “Sure, I’ll get you a pony. But first, I need you to do something for me… be a good little boy!” The FBI was able to obtain a FISA warrant to spy on Claus, because it’s easier to get a FISA warrant than to get a Costco membership.

“Ho ho noooooo!” Santa Claus cried as investigators leaped out and cuffed him at a Dayton, OH mall. “Not good! Sad!”

“It was a perfect conversation,” Claus said, defending himself in a series of fiery tweets. “Absolutely perfect. I was simply talking to little Billy and asked him to keep tabs on his sister, Sally, who has been involved in some corruption. Who doesn’t want to stop corruption? Did I offer Billy a new Nintendo Switch in exchange for his good behavior? Possibly. Am I planning on giving Sally coal because she’s a little punk? Maybe. Where’s my lawyer?”

Unfortunately, he was assigned a public defender, who turned out to be Rudy Giuliani. 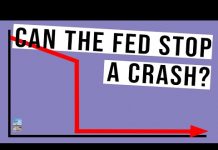