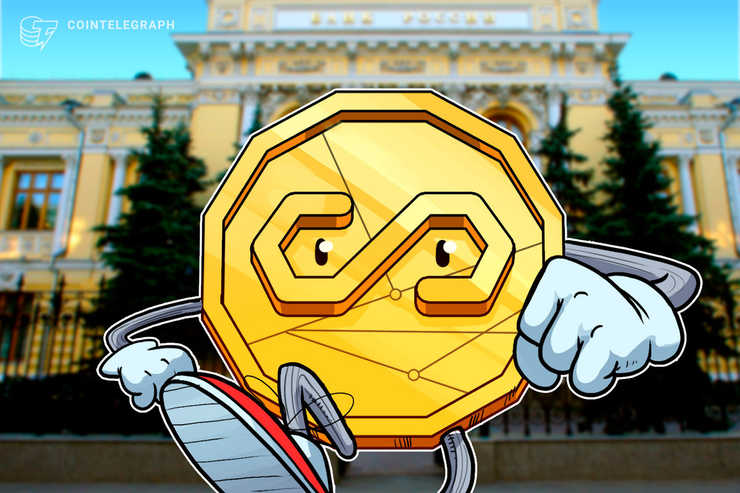 The Bank of Russia, the country’s central bank, has reportedly started testing stablecoins pegged to real assets in a regulatory sandbox.

Elvira Nabiullina, Russia’s central bank head, said that the bank doesn’t assume that those stablecoins will function as a means of payment or become a substitute for money, Russian news service Interfax reported on Dec. 25.

Nabiullina noted that the Bank of Russia is exploring the potential uses of stablecoins — cryptocurrencies that are pegged to another asset to prevent the volatility associated with crypto markets. She said:

“We are testing stablecoins in our regulatory ‘sandbox’. We see companies willing to issue tokens pegged to certain real assets. In our regulatory sandbox, we are learning the potential uses of stablecoins but we do not assume that they will function as a means of payment and become a surrogate for money .”

According to the report, the Russian central bank is also continuing to explore the possibility of issuing its own central bank digital currency (CBDC), the digital ruble, Nabiullina said. The official emphasized that the bank first wants to understand the potential benefits of CBDCs based on the experience of other jurisdictions around the world.

However, Nabiullina warned that the issuance of the digital ruble could lead to some “serious consequences” including changes in the financial market structure such as deposit outflows.

Additionally, the head of Russia’s central bank noted that the popularity of cryptocurrencies in Russia has dropped over the past two years. However, there are people who still believe in the possibility of private money without government involvement, Nabiullina said. Regarding this issue, the official claimed:

“We are against private money. If some digital currencies were designed to become a substitute for private money, we could not support that.”

The recent news comes in line with earlier public announcements from the Bank of Russia. As such, Nabiullina said that the bank was exploring the opportunity to launch a CBDC in June 2019. However, the authority didn’t expect to roll out such initiatives in the near future, as reported at the time.