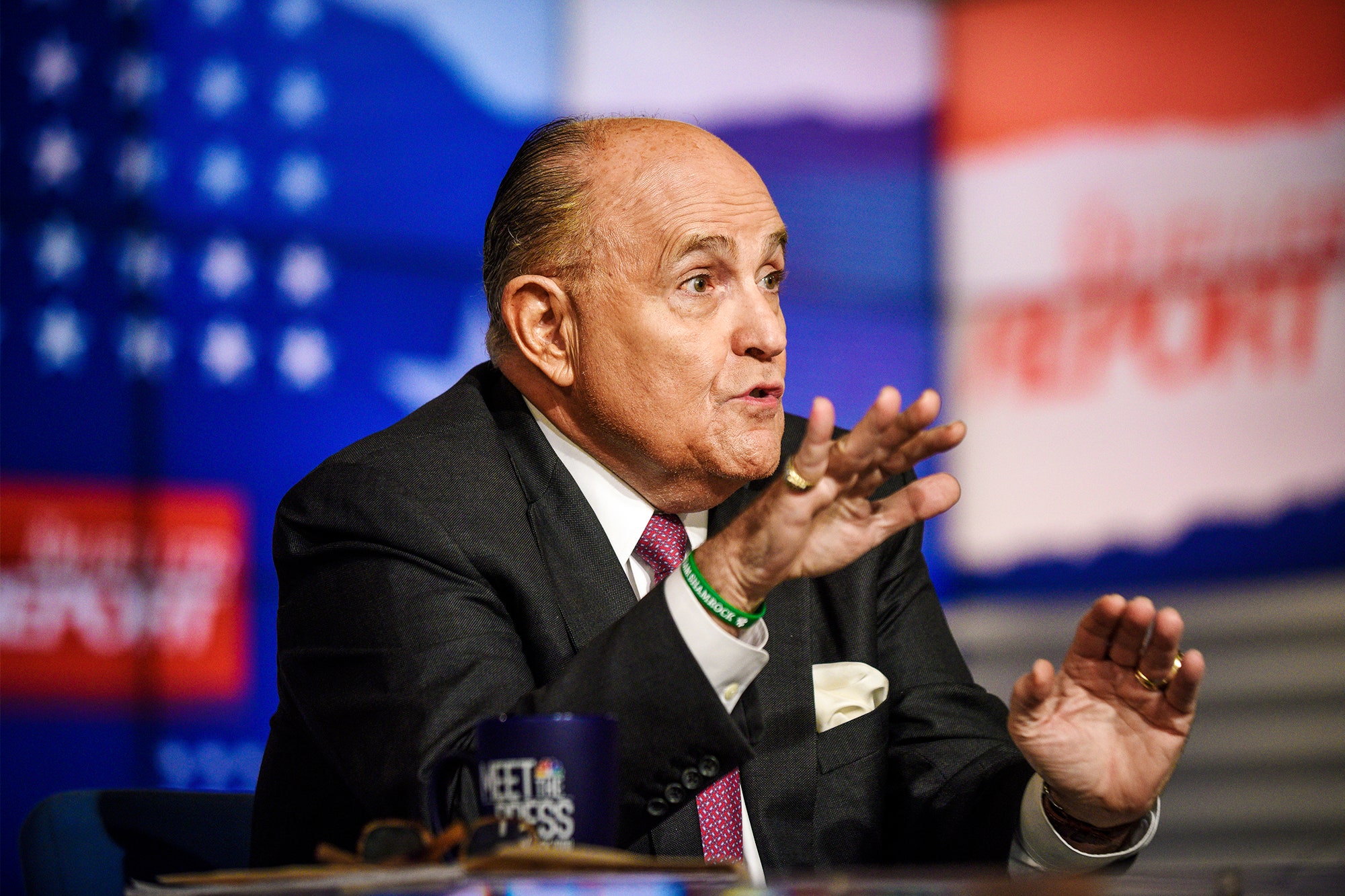 Russians have a huge long-term advantage over the US in the battle for Ukraine, because they they understand the background, the players, the language, and so many other nuanced things where Americans are mostly at sea. Throw in their intelligence assets, with which Ukraine is riddled, and it is hard to see how the US can even compete. This Russian TV report is a classic example of good insight.

Meanwhile, Rudolph Giuliani, Trump’s lawyer, has returned from Ukraine. He’s told what he managed to find out during his trip. He wanted to expose the American Democrats’ side business in Ukraine and was shocked by what he saw there. The laundering of millions of dollars, assassination attempts, and bribery. The activities of Obama’s associates even include an attempt to remove Donald Trump from presidential elections through Ukraine.

What did Pandora’s box contain? Denis Davydov, our own correspondent in the USA, will tell.

People in Washington were waiting for the return of these messengers, some with horror, some with hope. Giuliani didn’t let down those who got him and a group of documentarians ready to go to Kiev. The former prosecutors general Lutsenko and Shokin confirm with documents in hands that Obama’s administration made a hotbed of corruption in Ukraine. The former US Vice President found a warm place for his son in a private gas company. Anyone who didn’t like it and tried to tell American justice about that, was refused a US visa by former envoy Yovanovitch.

Rudy Giuliani: “There are at least six or seven Ukrainians who unanimously said that they tried to go to the US during the last two years and provide us with proof of big collusion between Ukrainians and Democrats, the goal of which was to affect the 2016 elections. They were ready to present facts of the corrupt practices by Biden and his son in order to defend the interests of Burisma, a Ukrainian gas company.”

“If the prosecutor’s not fired, you’re not getting the money. Well, son of a bitch, he got fired.”

The Attorney General’s Office of Latvia knew about the shady scheme in Burisma as well. $16 million was transferred from Kiev to Riga, laundered, and sent to Cyprus, so that the money could later be claimed by the desired accounts, including Hunter Biden’s. Giuliani already told Trump about his overseas trip. On Friday, the president’s lawyer visited the White House. The head of state’s fellow Republicans also came that day. They consulted on how to keep building the line of defense.

Lindsey Graham, Senator, Republican: “I understand the president’s frustration, but I think what’s best for the country is to get this thing over with. I’ve clearly made up my mind, I’m not trying to hide the fact that I have disdain for the accusations and the process.”

Nobody has doubt that the case of impeachment will be moved from the lower chamber to the upper. Senators are choosing witnesses; Republicans want to hear the Bidens; Democrats insist on interrogating John Bolton, the former National Security Advisor.

There’s another witness in this case whom everyone would find interesting to hear. The President of Ukraine could say under oath if his counterpart, Trump, put any pressure on him. But it was decided to postpone Zelensky’s visit to Washington. The Foreign Ministry of Ukraine calls the impeachment “an unsuitable background for an overseas visit.”

The US House Committee on the Judiciary saw an attempt at bribery in the infamous phone call between Trump and Zelensky. A report of almost 700 pages says that the US president asked his Ukrainian counterpart to do him a favor. Trump tried to take his mind off of it. He went to a football match on the weekend, but then went on Twitter, as usual.