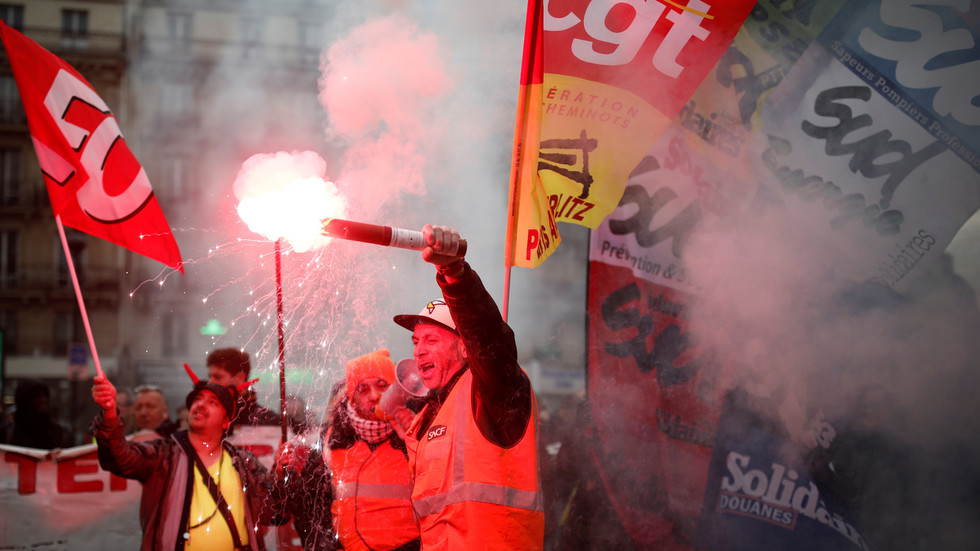 Anti-government Yellow Vests and anti-pension rallies have simultaneously descended upon the streets of the French capital, promptly escalating into clashes with police who responded with tear gas and baton charges.

This weekend appeared to be particularly heated in Paris, as two different groups of protesters joined efforts in defying the policies of the country’s government. Although the protests were calm most of the day as RT’s Charlotte Dubenskij reported, violence broke out in some parts of the city.

The protesters tried to erect barricades in the streets, set objects on fire and pelted law enforcement with various objects. The police, in turn, responded with generous usage of tear gas which engulfed the streets with a thick blanket, footage from the scene shows.

At one point, RT’s Charlotte Dubenskij and her operator were attacked by rowdy protesters who people call ‘Black blocks’ and who frequently stir up tensions. The correspondent’s crew received a few blows, yet managed to escape the protesters with their equipment intact and continued filming – but not before putting on additional protective gear.

Yellow Vest protests began a year ago as a response to the fuel tax hike, swiftly evolving into a broad anti-government movement, focused primarily on rising living costs. The movement appeared to lose momentum during the summer, but in recent weeks it seems to have been reinvigorated as people started protesting against pension reform.