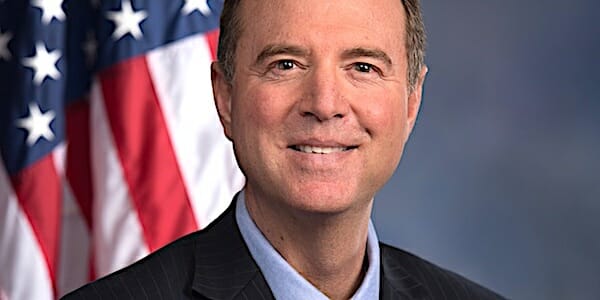 Republican leaders reacted with alarm to AT&T’s and Verizon’s willingly to turn over to House Intelligence Committee Chairman Adam Schiff, D-Calif., the phone records of a member of Congress, a prominent reporter and others.

Schiff’s actions have “sent a chill among Republicans concerned about the chairman’s reach,” Fox News said.

The information, the Gateway Pundit reports, is courtesy of the “Deep State NSA” and more.

Fox News host Laura Ingraham had Fred Fleitz on her show to discuss the dispute. He’s a former CIA analyst who now serves as CEO and president of the Center for Security Policy in Washington.

He confirmed that AT&T and Verizon “willingly turned over the phone records to Democrat Adam Schiff, something that should not happen.”

Explained Ingraham: “Well my sources tonight told me that what Schiff did and his committee was he went to one of the cell phone companies, ATT, yes. … They had some numbers. They didn’t know whose numbers they were. They asked them to tell us what these numbers have been engaged in. What calls these numbers have been making and placing. They took that information. They went to the NSA. The NSA aka ‘Deep State’ then gave them the information that it was Rudy and others.”

The Wall Street Journal said it looked like an abuse of government power, and Fleitz said there needs to be an investigation.

He said revealing private telephone information is extremely “controversial” and appears to be an “abuse of government authority for partisan gain.”

Fleitz also wondered why AT&T gave up the information.

The company, he said, “has a lot to answer for here.”