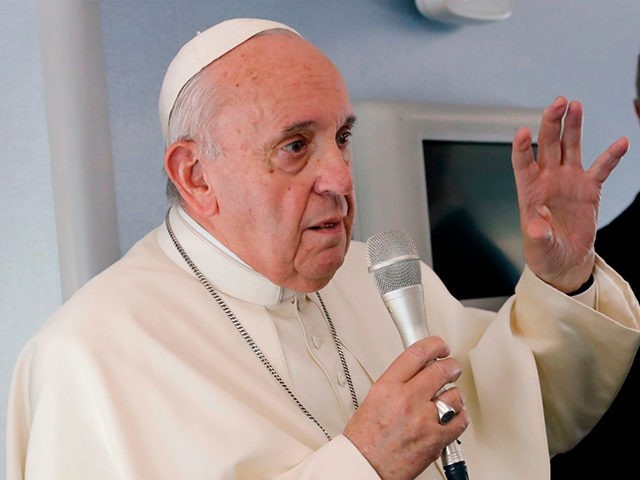 ROME — Pope Francis told a group of schoolchildren Saturday that they are called to build a “global village” of education, which is “the best medicine against all forms of discrimination, violence, and bullying.”

In this great global village, “education becomes a bearer of fraternity and a creator of peace among all the peoples of the human family, and also of dialogue among their religions,” the pope told participants in the Children’s Global Summit, a three-day event taking place in Rome.

Some 4,000 schoolchildren between the ages of six and 16 from more than 60 different countries took part in the program, many accompanied by their parents.

“In this great village, education becomes the bearer of fraternity and creator of peace among all the peoples of the human family, and also of dialogue between their religions,” he said.

In his address to the group, the pope said that adults need to learn from children, particularly when it comes to the protection of nature, since they are at the “forefront” of the environmental movement. The pope has been vocal in his praise of young people like Greta Thunberg who agitate against global warming.

Last August, Francis said that he was worried about the future of the planet, calling climate change a “global emergency” that can lead to “the death of humanity.”

At the same time, the pope said he was greatly encouraged by the involvement of young people in the battle against climate change. There are signs of hope for the environment “especially in the movements of young ecologists, such as the one led by Greta Thunberg, ‘Fridays for Future.’” Francis said.

“I saw one of their signs that struck me: ‘We are the future!’” he said.

The pope had congratulated the young Swedish activist last April, when she met him briefly in the Vatican. At that time, the pope urged Thunberg to continue her crusade against climate change, during a meeting at the end of his general audience Wednesday.