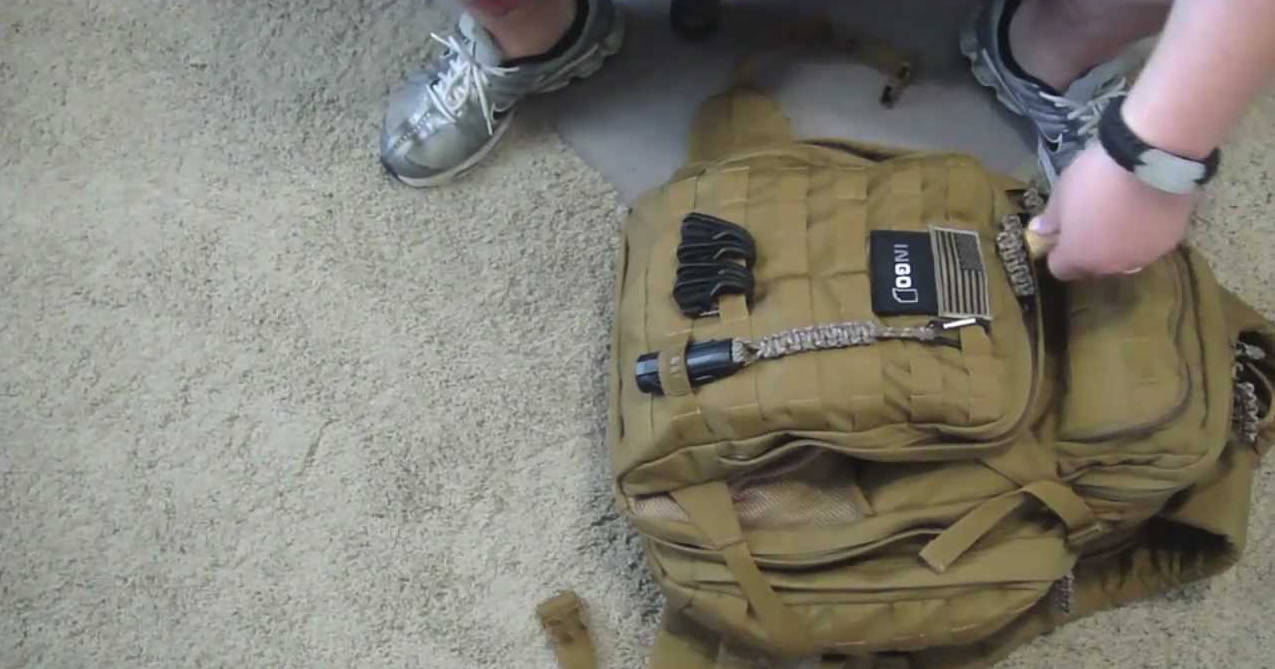 In a previous article in SurvivalBlog I wrote about things you could do to help you survive when you’re on the road and traveling. The focus of that article was on what skills, supplies and activities you should consider to increase your chances of surviving while you’re away from home for any period of time, but I received feedback from several folks that the article didn’t really provide much information about how to actually get back home if an event did occur. The goal of this article is to address that gap and provide some ideas and suggestions for planning on how to get back home if you’re away when a significant event occurs, which I’ll refer to a ‘Return to Base (RTB)’ planning. This type of Get Home Bag planning I’ll be focusing on is for large-scale events that impact all or most of the country. Options for smaller regional events where help will eventually show up is what I focused on in my previous article.

One quick note – I use the words ‘acquire’ and ‘obtain’ a number of times throughout this article, and I’d like to avoid a flame war regarding the legality and morality of how you can get hold of required supplies and equipment after an event. I carry gold and silver coins and a stash of cash whenever I travel, so I’m pretty comfortable that I can legally get hold of what I need in an emergency. I know a lot of folks emphatically argue that any form of scavenging or scrounging is nothing more than theft and that they would never do it, but I believe everyone will need to evaluate their own unique situation relative to the circumstances the find themselves in and balance their need to get back home to their family against their moral compass.

[JWR Adds: As previously discussed at length in the SurvivalBlog, “scavenging” would only be justifiable following a massive die-off, where lots of property is truly abandoned, and no heirs could ever be located. In any lesser situation, it is outright theft. There is also the issue of crop gleaning, but morally that can only be done with expressed permission, or permissive signage.]

Most people tend to at least occasionally take trips away from their home. Unless you’re the kind of person that never gets further than a mile or two from your homestead, there’s always a chance that a major SHTF event can occur while you’re away, and the more time you’re away, the greater the chance that an event will occur while you’re gone. Unfortunately for most people travel is so commonplace that they tend to not think about its ramifications. I recently had a conversation regarding emergency preparations with an acquaintance that commuted back and forth to work – her office was about 20 driving miles away, and it usually takes her about an hour to drive each way. She has a typical office drone job and dresses in decent business clothes for her commute. I asked her how she would get home if major event occurred while she was at work (EMP/CME, earthquake, civil breakdown, etc.) and she couldn’t drive, and she responded that it was “only an hour away” and that she could easily walk that. She had no concept of the actual distance involved, potential weather conditions, roadblocks or any of the other hundreds of factors that could prevent her from ever making it home.

RTB planning for shorter local trips that happen every day can be relatively straightforward, but things can get a lot more complicated if you’re traveling any significant distance to somewhere you aren’t as familiar with. That might be a business trip, a family vacation or even a day trip to visit some relatives or go hiking. Regardless of the reason, distance or duration, any time you’re away from home and/or family you should perform at least some basic planning on how you would return.

The distances involved will obviously play a big role in how much detail you can get into with RTB planning. In the previous example of a regular commute of 20 miles each way you could easily keep detailed maps, route plans and a Get-Home Bag (GHB) in your car, and even practice walking the route occasionally. However, if you’re going to go on a business trip to somewhere you’ve never been that’s a hundred miles away, planning will become a lot more complicated. I know a lot of people believe that if you’re that far away when a major event occurs you’ll probably never be able to make it back home, but I have to travel occasionally and if it happens to me I know I’m going to make every possible effort to get back to my family and home, and that effort begins with preparation and planning.

Being prepared for a long trip home actually begins well before you even know you’re going on a trip – you need to have the skills, conditioning and attitude necessary to maximize the odds of successfully traveling a long distance under potentially harsh and dangerous conditions. Some things you need to consider are:

Your actual planning should begin as soon as you know you’ll be going somewhere. I’ve created RTB plans for dozens of locations that I’ve traveled to over the years, and I keep them all organized using online Microsoft OneNote notebooks so that I can access from anywhere. I also keep hardcopies of critical information in folders in a file cabinet that I pull out and take with me on each trip. Some locations I travel to more frequently than others, so I regularly review and update those plans.

The most obvious starting point for planning is what route you’re going to take to get home, which can be impacted by a lot of different factors. One consideration is how you got to your destination in the first place – did you fly, drive, sail or take a train or a bus? If you have or can obtain motorized transportation like a car, motorcycle or boat which continues to operate and the routes are reasonably open you can consider returning home that way. One example of this was a co-worker of mine that was down in Philadelphia on business when the 9/11/2001 terrorist attacks occurred – he had flown down there a few days earlier and had a rental car, but since all air travel was grounded he decided to keep the rental car and drive it home to New Hampshire to get to his family. However, in most post-SHTF scenarios, cars, ferries, buses, trains or planes probably won’t be a viable option for getting home. Even if they’re not disabled by an EMP/CME, most major roads will probably be clogged with traffic and vehicles running out of gas, and public transportation probably won’t be running, so you’ll need to plan on getting home using muscle power.

When planning an RTB route I usually start with Google or Bing maps to get an idea of the distance and terrain involved. I right-click on my home and select it as the ‘Directions To’ location, then select my travel destination as the ‘Directions From’ location – both mapping services allow you to select walking as the method of transport, and they will give you distances (assuming an optimal route) and rough time estimates. They don’t publish the formulas they use for estimating walking times, but it generally works out to about 3 miles per hour, taking terrain into consideration. It’s important to note that the time estimates they provide don’t include any stops. The routes they show also don’t include considerations for what conditions would be like following a major SHTF event, so they won’t do things like routing you around dense urban centers to avoid potentially violent crowds. On the plus side, both tools allow you to drag the route wherever you want it, and they both avoid major highways since you can’t walk on those.