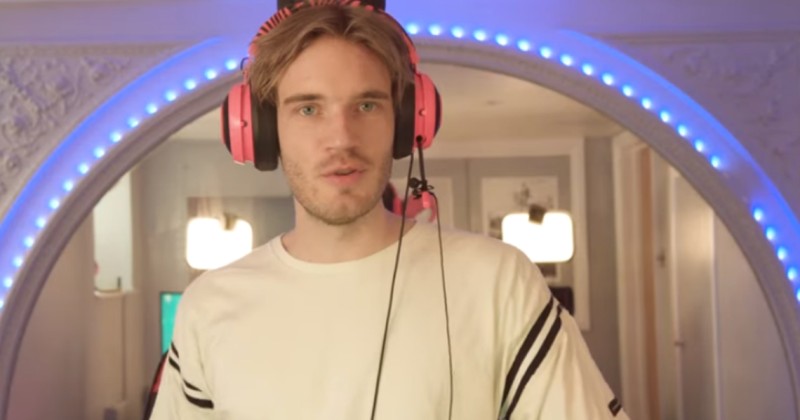 Press publishes fake news Swedish star is leaving when he is just taking a break.

PewDiePie has called out the media for falsely reporting that he is quitting YouTube.

The 30-year-old Swedish star, real name Felix Kjellberg, posted a video announcing that he is taking a break from YouTube because he is tired.

“I’m taking a break from YouTube next year,” said Kjellberg. “I wanted to say it in advance because I made up my mind. I’m tired. I’m feeling very tired. I don’t know if you can tell.”

However, numerous media outlets immediately spun this into an outright lie that PewDiePie was quitting YouTube altogether.

Me: Im taking a break for a little while
News media: pic.twitter.com/FUHGtzOQTt

“Me: Im taking a break for a little while – News media:” tweeted Kjellberg with screenshots of four different outlets falsely claiming he was quitting, including one headline from the UK Mirror which states, “PewDiePie reveals real reason he has quit YouTube.”

Kjellberg’s decision to take a break coincides with YouTube’s new ‘harassment’ policy, which cracks down on insults by treating them as bullying.

PewDiePie released two videos criticizing the changes, including one entitled ‘I will get in trouble for this’ in which he displayed edgy memes and insults.

“YouTube 2019 everyone! It just keeps getting better and better,” he said sarcastically in another upload, before continuing. “That’s what I enjoy the most. The step by step improvement that keep occurring!”

The world’s number one individual YouTuber has been in constant battles with the media, who have repeatedly tried to smear him as a racist over satirical jokes.

However, according to a poll released last month, PewDiePie is more popular than LeBron James amongst Gen Z, proving that all the negative press attention he received has had little effect.