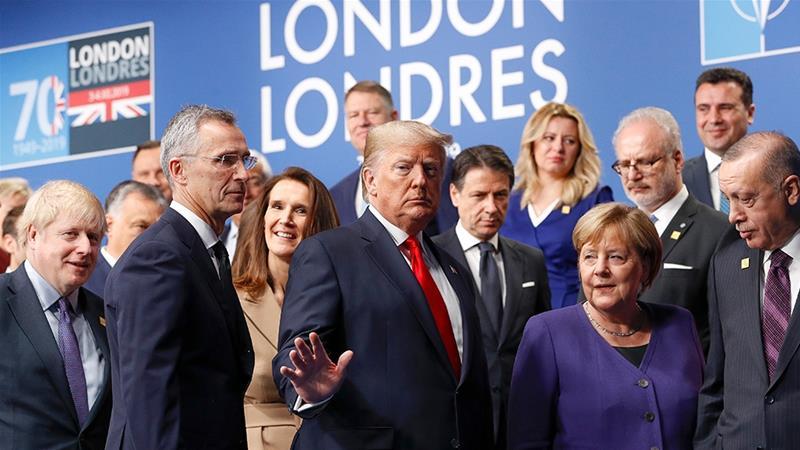 Russian Foreign Minister Sergei Lavrov has charged NATO with wanting to “dominate the world” a day after 70th anniversary events of the alliance concluded in London.

“We absolutely understand that NATO wants to dominate the world and wants to eliminate any competitors, including resorting to an information war, trying to unbalance us and China,” Lavrov said from Bratislava, the capital of Slovakia, while attending the 26th Ministerial Council of the Organization for Security and Cooperation in Europe (OSCE).

He seized upon NATO leaders’ comments this week, specifically Secretary General Jens Stoltenberg, naming China as a new enemy alongside Russia. Stoltenberg declared at the summit that NATO has to “tackle the issue” of China’s growing capabilities.

Lavrov told reporters Thursday: “I think that it is difficult to unbalance us and China. We are well aware of what is happening. We have an answer to all the threats that the Alliance is multiplying in this world.” He also said the West is seeking to dominate the Middle East under the guise of NATO as well.

The new accusation of ‘world domination’ comes at a crisis moment of growing and deep divisions over the future of the Cold War era military alliance, including back-and-forth comments on Macron’s “brain death” remarks, and looming questions over Turkey’s fitness to remain in NATO, and the ongoing debate over cost sharing burdens and the scope of the mission.

“Naturally, we cannot but feel worried over what has been happening within NATO,” Lavrov stated. “The problem is NATO positions itself as a source of legitimacy and is adamant to persuade one and all it has no alternatives in this capacity, that only NATO is in the position to assign blame for everything that may be happening around us and what the West dislikes for some reason.”

A consistent theme of Lavrov’s has been to call for a “post-West world order” but that NATO has “remained a Cold War institution” hindering balance in global relations where countries can pursue their own national interests.