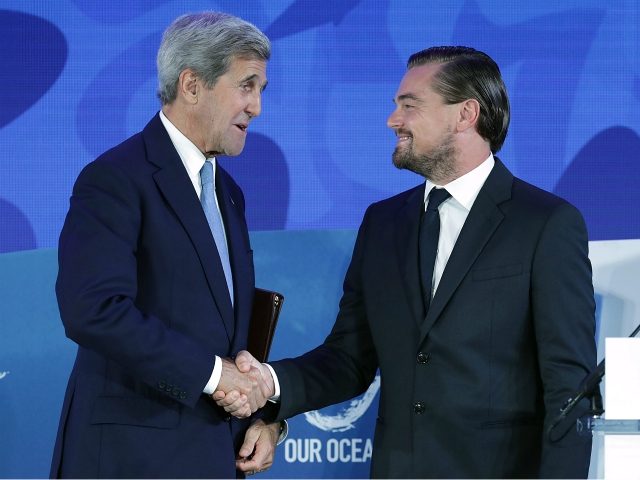 Former Secretary of State John Kerry on Saturday announced the launch “World War Zero,” a star-studded coalition of former heads of state and Hollywood figures dedicated to advocating for solutions to climate change.

The forthcoming organization’s website states their chief objective is to mobilize resources to tackle global warming in a way akin to the Western allies in World War II.

The New York Times reports that John Kerry, who served as a senator in Massachusetts from 1985 to 2013, has recruited former Presidents Bill Clinton and Jimmy Carter and former Republican governors John Kasich and Arnold Schwarzenegger. A-listers such as actors Leonardo DiCaprio and Ashton Kutcher, and rocker Sting are also on board. Over 60 figures are said to have signed up for the coalition.

“We’re going to try to reach millions of people, Americans and people in other parts of the world, in order to mobilize an army of people who are going to demand action now on climate change sufficient to meet the challenge,” Kerry said in an interview with the Times.

Kerry has been an outspoken critic of the Trump administration’s environmental policies, calling them “profoundly dangerous” for the planet, and has repeatedly criticized the president’s removal of the U.S. from the 2016 Paris Agreement.

Future generations will measure us by whether we acted on facts, not just debated or denied them. The verdict will hang on whether we put in place policies that will drive the development and deployment of clean technologies, re-energize our economies, and tackle global climate change,” the Obama-era official wrote in an opinion-editorial for the Times last year. “Every day that goes by that we’re paralyzed by the Luddite in the White House is a day in the future that our grandchildren will suffer.”