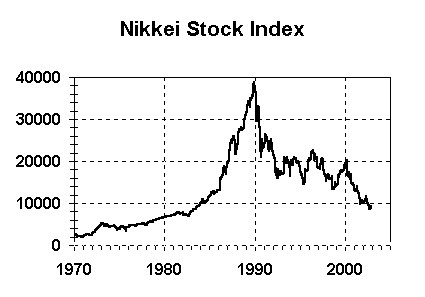 Japan is the canary in the bankers’ coal mine

“Japanification” describes a severe and prolonged deflationary state in which demand drops, prices and wages fall, and economic activity remains moribund for decades. Japan has been trapped in a deflationary state since the collapse of the Nikkei stock market bubble in 1990.

Seventeen years after the collapse of the Nikkei, in Time of the Vulture / How to Survive the Crisis and Prosper in the Process (2007), I wrote:

When the Japanese bubble collapsed in 1990, the Nikkei lost 80 % of its value and drove down the prices of residential and commercial property in the process. This collapse of equity and housing prices subsequently unleashed deflationary forces in Japan still in effect today.

Like a stubborn and malignant cancer, deflation has been eating away at the Japanese economy ever since its appearance in 1990. In spite of 0 % interest rates from 1999 to mid-2006, statistics compiled by The Economist Magazine show what deflation is still doing in Japan.

When the US dot.com bubble burst in 2000 (the largest stock market bubble collapse in history), economists and bankers knew—because of Japan—a catastrophic deflationary contraction could occur.

To prevent such an economic contraction, the US flooded its markets with cash. The Fed lowered interest rates to 1% and normally tight-fisted bankers gave over $1 trillion to US home buyers without requiring any proof of income, creating an even bigger bubble, the 2002-2007 US real estate bubble

When the US real estate bubble burst in 2007, the 2008 financial crisis was so severe the Fed was forced to employ Milton Friedman’s untested theory, a “helicopter drop of money”, a massive and unprecedented flood of cash, i.e. increasing US bank reserves 65X, from $13 billion to almost $850 billion; and central bankers slashed interest rates to almost zero. 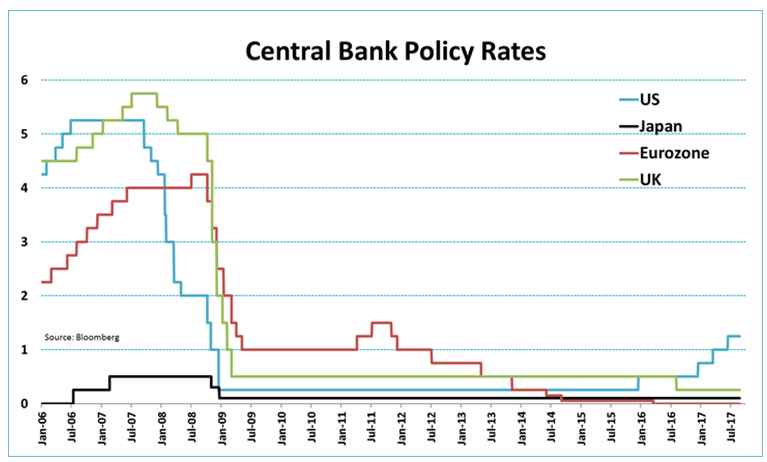 Despite the Fed’s helicopter drop of money and low interest rates, US economic activity plunged as it did during the Great Depression. 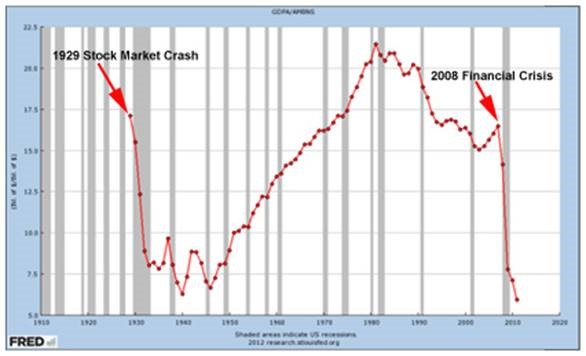 QUANTITATIVE EASING, HOWEVER, ONLY BOUGHT TIME AND, TODAY, TIME IS RUNNING OUT—AND IT’S RUNNING OUT FOR EVERYONE, NOT JUST JAPAN.

Japanification is an ongoing issue today as the US, UK and other countries go through similar economic issues. – Wikipedia (2019)

Although the 2009 flood of liquidity slowed the powerful deflationary forces unleashed by today’s collapsing bubbles, the unprecedented flood of liquidity no more stopped deflation than giving heroin to an addict solves the addiction. It only gave temporary relief.

During eight years of quantitative easing, central banks created $12.3 trillion of money printing which is now invested in nearly $10 trillion in negative-yielding global bonds. This means 80% of the bankers’ new money is parked in negative-rate bonds; not circulating or invested in the economy.

Throughout history, in times of economic and monetary chaos, gold and silver are the safe havens of choice. Because the mandarins of paper money know this, they have forced the price of gold and silver lower hoping to not draw the attention of nervous investors thinking of turning in their paper chips for gold and silver before the paper money casino is shut down.

Today, as to be expected, as the possibility of a deflationary depression draws closer, both monetary metals, gold and silver, are in backwardation

Backwardation is the market condition wherein the price of a commodities’ forward or futures contract is trading below the expected spot price at contract maturity. Backwardation very seldom arises in money commodities like gold or silver. In the early 1980s, there was a one-day backwardation in silver while some metal was physically moved from COMEX to CBOT warehouses. Gold has historically been positive with exception for momentary backwardations (hours) since gold futures started trading on the Winnipeg Commodity Exchange in 1972.  Wikipedia

What is not to be expected, is that base metals are in backwardation as well.  Sandeep Jaitly, https://purelytheoreticalresearch.com , the brilliant analyst who discovered the importance of the co-bases, observed that backwardation was now developing across all metals. 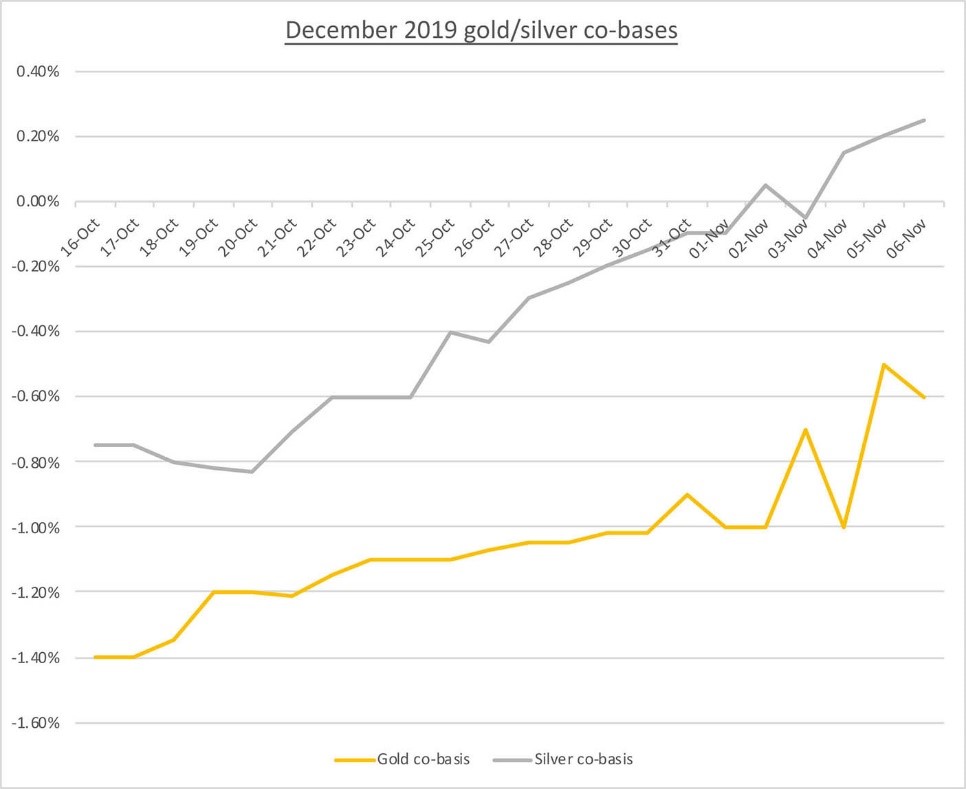 Jaitly wrote: The last update sent on 11th October [2019], mentioned the development of actionable backwardation in silver and gold. A theme that has been developing, and more pronounced in recent months, is backwardation in ‘non-monetary’ (i.e. ‘not copper/silver/gold’) metals. [e.g. zinc, nickel, lead and tin]

Whilst attention towards record gold prices has been drawn in the press, gold/copper, zinc, nickel, lead and tin ratios have been falling in recent weeks – i.e. their prices have been outperforming gold’s price. The table below shows the extent of gold’s ‘underperformance’ since 1st September v. a selection of metals.

Today, investors flush with cash are even putting their paper money in base metals because in paper money’s end game, something is better than nothing, So much paper money has been printed, its reversion to the mean, i.e. zero, may be closer than believed, perhaps just another printing press run away.