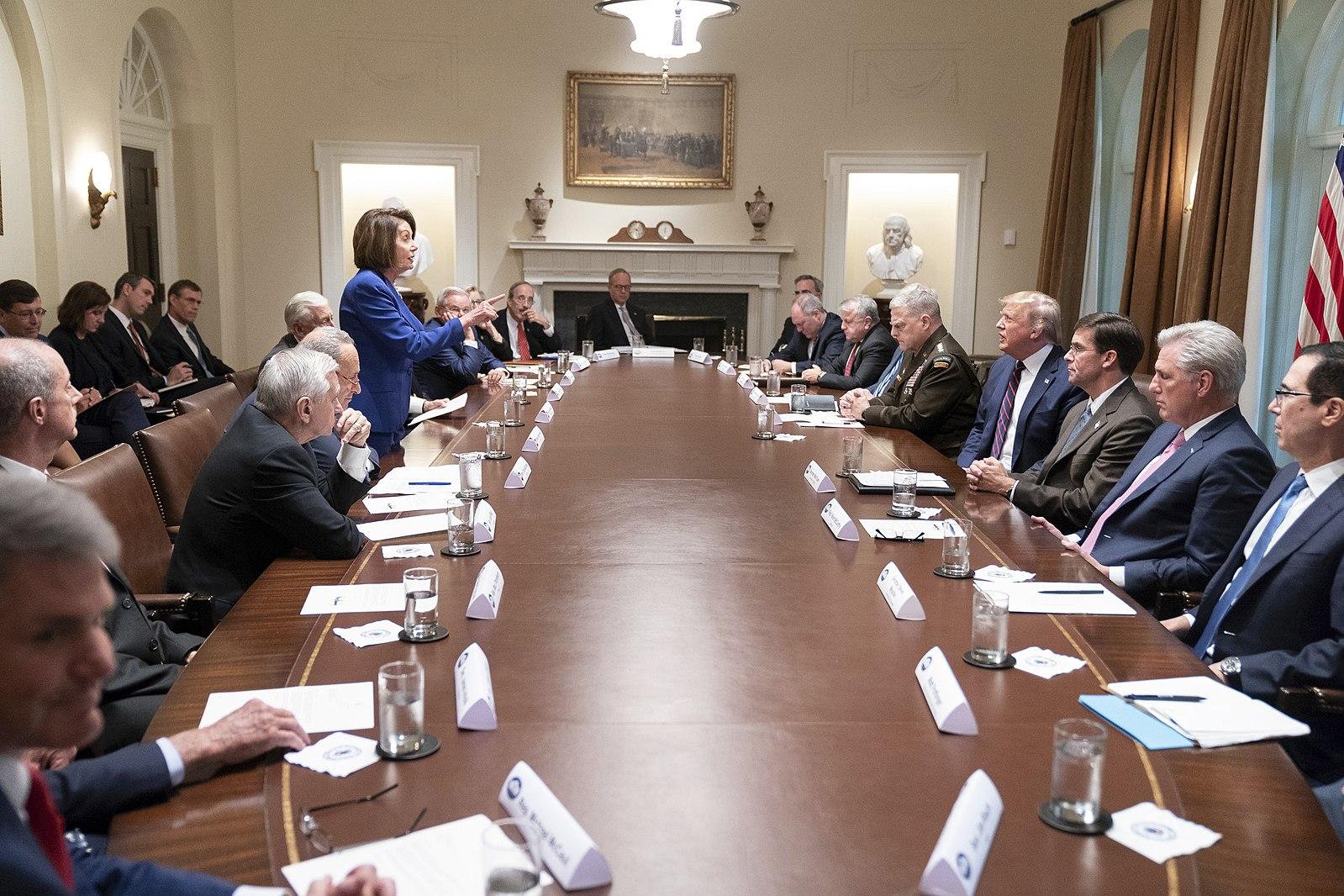 Could it be possible that Nancy Pelosi and her minions in the House of Representatives had a completely different goal than we thought this entire time?  As you will see below, the Democrats in the House plan to impeach President Trump, and it could potentially happen by the end of this month.  But there appears to be zero chance that Trump will be removed from office by the Senate, and many will consider that to be a major victory for the Republicans.  So why is Nancy Pelosi pushing ahead when she knows that this impeachment effort is going to fail?  Could it be possible that this entire drama has simply been a political ploy to win votes in November 2020?

Many have assumed that a backlash against impeachment will greatly benefit Trump during this election season.  But history has not been kind to other presidents that have gone through an impeachment process.

In 1868, President Andrew Johnson was impeached by Republicans in the House of Representatives.  Johnson was not convicted by the Senate, but Republicans went on to win the next presidential election.

In 1974, Republican Richard Nixon resigned rather than face almost certain impeachment.  Democrats won the next presidential election even though they had a relatively weak candidate (Jimmy Carter).

In 1998, Republicans in the House of Representatives impeached Bill Clinton, but the Senate did not remove him from office.  However, Republicans did end up winning the presidential election in 2000.

So that means that the opposition party is three for three in cases similar to what we are facing now.

Could that actually be the key number that top Democrats are looking at?

On Thursday, Nancy Pelosi announced that the House is moving forward with articles of impeachment, and one CNN article sounded almost giddy that this is actually happening…

House Speaker Nancy Pelosi moved the House much closer to impeachment Thursday when she officially directed the Judiciary Committee to draw up articles of impeachment. (As if it wasn’t already.)

But her announcement all but guarantees that President Donald Trump will be impeached. This is happening, people.

But Trump is not going to be removed from office, and millions of Democrats are going to be deeply disappointed when that does not happen.

Of course Nancy Pelosi has never suggested that her effort will be successful, and she continues to insist that her hand was forced by Trump…

“I’m really sorry the president made this necessary by his complete disregard for the vision of our founders,” she told reporters Thursday. “An impeachment is not a pleasant experience. It can be divisive. We don’t take any glee in this at all. It’s heartbreaking. But the president gave us no choice.”

What Pelosi is trying to do is to take the moral high ground.  Her intended audience is voters in the middle of the political spectrum, because they are the ones that will decide the 2020 election.

And it appears that things could move along quite rapidly in the House from this point forward.  In fact, NBC News is reporting that House Democrats are being told “not to make plans” for the weekend just prior to Christmas…

Pelosi did not say whether she had set a deadline for committees to write the articles of impeachment or when a full House vote would take place. Members who attended a closed-door Democratic caucus meeting on Wednesday, however, said they understood that the House would vote on articles before the holiday recess. One member said they were told to “not make plans” for Dec. 21 or 22, the weekend before Christmas.

I have been warning for months that the Democrats were going to impeach Trump, but at first a lot of people didn’t believe me.

“If you are going to impeach me, do it now, fast, so we can have a fair trial in the Senate, and so that our Country can get back to business,” the president said in a pair of tweets shortly before Pelosi spoke.

It will only take a simple majority to impeach Trump in the House, and Democrats currently control 233 of the seats.

Of course there is still a possibility that some Democrats could actually vote against Pelosi, and one Democrat has already made it clear that he plans to do just that…

He warned Democrats to “be careful what you wish for” and he added that impeachment “is tearing the nation apart. … And I want to bring people together.”

But a whole lot more Democrats are going to have to defect in order for the impeachment vote to fail, and right now there is absolutely no indication that is likely to happen.