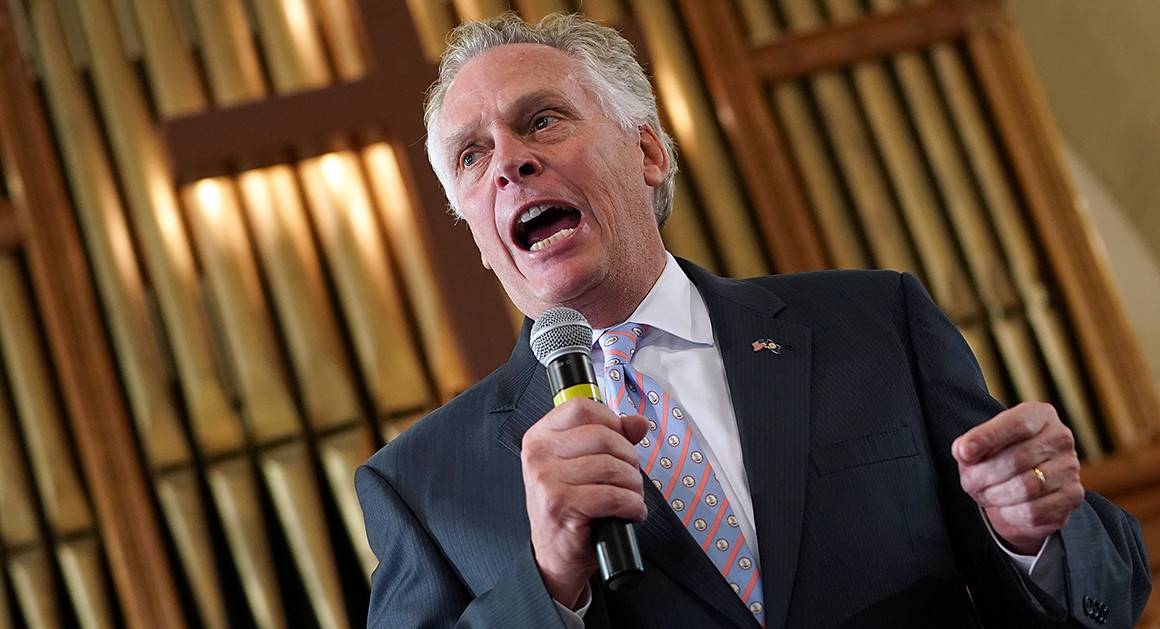 Two years ago, just days after the Unite the Right rally in Charlottesville was crushed by Virginia’s police forces, Roberta Kaplan brought a lawsuit against several men and groups who had come to that ill-fated event. For Kaplan it was never enough that these men and their supporters be denied their most basic rights.

Charlottesville proved that the exercise of free assembly was too dangerous to be left to the discretion of mere citizens… at least, not to anyone who would oppose Jewish control of their governments, media, educational systems and culture. Free speech only matters when you have something unpopular to say. Kaplan’s lawsuit, still ongoing, has a plain objective: to intimidate white Americans from standing up to Jewish power.

As such, it is part of a larger, years-long campaign against the Alt-Right populist movement, a campaign whose tactics include media-defamation mass-censorship, economic blackmail (“doxing”), highly selective criminal prosecutions, and mob terror. It is now nearly impossible for anyone who disagrees with the ruling class to gather in public.

Political demonstrations around the country have been attacked or thwarted by the militant left, often with the tacit support of the authorities. Even private meetings can only be put together with the most arduous precautions against attempts to harass, intimidate, or outright attack attendees.

So far, these abuses have gone unanswered. 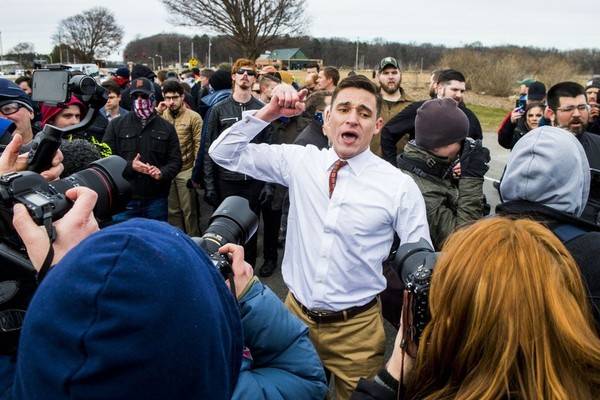 Greg Conte at a demonstration in Michigan

But I have had enough. Therefore, I am suing the politicians, the police, and antifa ‘activists’ who shut down Unite the Right. By their actions, they made it impossible for me and a thousand other American citizens to exercise a legal political assembly. I came, along with my co-plaintiff, Mr. Warren Balogh, to engage in legal free speech and free assembly. We were maliciously and violently deprived of the opportunity (you can download the full complaint here).

To recite what everybody already knows: Our assembly was hindered and attacked by an armed, violent mob, many of whom were illegally wearing masks. The police refused to do anything about these criminals. They failed to maintain order. They did not even try. Pretending that the chaos was not part of the authorities’s plan, Governor (and Clinton-machine bundler) Terence McAuliffe declared a state of emergency, and ordered us to leave the park wherein our assembly had been issued a permit, upheld by a federal-appeals court injunction. The police then used riot shields and mace to push us toward, and into, the mob of antifa, rather than finding or securing a safe means of exit. After the police enforced the Governor’s order against us, they did not enforce it against Antifa, who were allowed to riot, marching around downtown Charlottesville, impeding traffic, isolating and assaulting lone attendees of the now-dispersed rally.

This lawsuit is necessary, because no one else will stand up for us, or for the general interests of white Americans. No organ of the government has seen fit to investigate what happened at Charlottesville. No politician has seen fit to hold responsible any officials for the mass lawlessness that they caused. No lawyer has seen fit to bring a class-action lawsuit on behalf of the hundreds whose rights were shredded. Clearly, the politicians and police felt free to ignore the law because they assumed that no one would martial the resources or courage to hold them responsible.

If we do not make a stand here, things will get worse. The establishment will keep using media bias and lawfare to shut down all opposition.

We can be sure that they will not relent once we stop resisting. Hack lawyers like Kaplan will keep throwing frivolous and slanderous lawsuits at us. And they will be able to continue their campaign to criminalize free thought. Already, in several cases related to Unite the Right, Kaplan and her ilk have introduced defendants’ political opinions as evidence. Despite pretenses, this has nothing to do with proving intent and everything to do with normalizing “thought crime” as a quasi-legal category.

While millions of Americans know something is dreadfully wrong, they are too afraid to act. The Alt-Right is the only force offering real answers, real solutions. That is why it is being oppressed. If we give in to this bullying, no American will ever again stand with his countrymen in a free political demonstration. For all intents, free assembly has been suspended already. Freedom of speech is slipping away. The means of mass communication, of information spreading and of public debate, have all been seized by a vicious and alien elite whose only goal is to perpetuate their own power–by any means necessary.

If this bleak outcome is to be avoided, brave men must act. Please support our effort. Organizing a lawsuit is a Herculean task. We have not been able to find a lawyer barred in the Federal District of Eastern VA to represent us for a reasonable price (one demanded $50,000 up front). We have made exhaustive inquiries to find a lawyer willing to sponsor an outside attorney. We are still looking. Even with a lawyer, we need to support someone to gather and organize the massive amount of information relevant to the case. People’s time costs money.

I will run this lawsuit in the most economic and efficient manner possible. Many people are engaged in meaningful political activity, worthy of financial support. I do not wish to detract from them.

This lawsuit is an ultimatum to those in power: Apply the rules fairly.