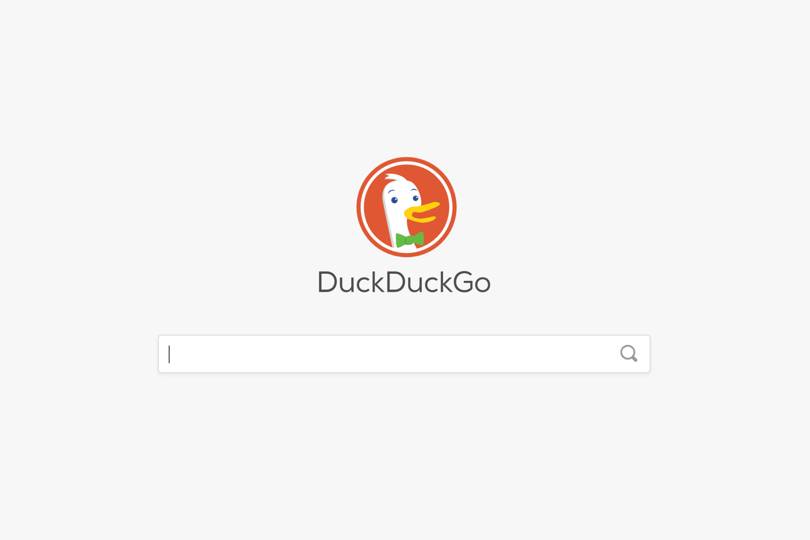 What was the last thing you searched for online? For me, it was ‘$120 in pounds’. Before that, I wanted to know the capital of Albania (Tirana), the Twitter handle of Liberal Democrat deputy leader Ed Davey (he’s @EdwardJDavey) and dates of bank holidays in the UK for 2019 (it’s a late Easter next year, folks). Thrilling, I’m sure you’ll agree. But something makes these searches, in internet terms, a bit unusual. Shock, horror, I didn’t use Google. I used DuckDuckGo. And, after two years in the wilderness, I’m pretty sure I’m sold on a post-Google future.

It all started with a realisation: most the things I search for are easy to find. Did I really need the all-seeing, all-knowing algorithms of Google to assist me? Probably not. So I made a simple change: I opened up Firefox on my Android phone and switched Google search for DuckDuckGo. As a result, I’ve had a fairly tedious but important revelation: I search for really obvious stuff. Google’s own data backs this up. Its annual round-up of the most searched-for terms is basically a list of names and events: World Cup, Avicii, Mac Miller, Stan Lee, Black Panther, Megan Markle. The list goes on. And I don’t need to buy into Google’s leviathan network of privacy-invading trackers to find out what Black Panther is and when I can go and see it at my local cinema.

While I continue to use Google at work (more out of necessity as my employer runs on G-Suite), on my phone I’m all about DuckDuckGo. I had, based on zero evidence, convinced myself that finding things on the internet was hard and, inevitably, involved a fair amount of tracking. After two years of not being tracked and targeted I have slowly come to realise that this is nonsense.

DuckDuckGo works in broadly the same way as any other search engine, Google included. It combines data from hundreds of sources including Wolfram Alpha, Wikipedia and Bing, with its own web crawler, to surface the most relevant results. Google does exactly the same, albeit on a somewhat larger scale. The key difference: DuckDuckGo does not store IP addresses or user information.

Billed as the search engine that doesn’t track you, DuckDuckGo processes around 1.5 billion searches every month. Google, for contrast, processes around 3.5 billion searches per day. It’s hardly a fair fight, but DuckDuckGo is growing. Back in 2012, it averaged just 45 million searches per month. While Google still operates in a different universe, the actual difference in the results you see when you search isn’t so far apart. In fact, in many respects, DuckDuckGo is better. Its search results aren’t littered with Google products and services – boxes and carousels to try and persuade people to spend more time in Google’s family of apps.

Search for, say, ‘Iron Man 2’ and Google will first tell you it can be purchased from Google Play or YouTube from £9.99. It will then suggest you play a trailer for the film on, where else, YouTube. The film is also “liked” by 92 per cent of Google users and people searching for this also search for, you guessed it, Iron Man and Iron Man 3. The same search on DuckDuckGo pulls in a snippet from Wikipedia and quick links to find out more on IMDb, Rotten Tomatoes, Amazon or iTunes. For the most part, the top of Google’s page of results directs you towards more Google products and services.

Go further still and search for ‘Iron Man 2 cast’ and Google displays a carousel of names and pictures right at the top of the page. As a result, 50 per cent of all Google searches now end without a click. Great for Google, bad for the list of websites below that also contain this information and that you will never visit. Do the same search on DuckDuckGo and the top result is IMDb. It might sound small but issues like this are fundamental to how the internet works – and who makes the most money from it. Google’s prioritisation of its results, and a perceived bias towards its own products and services, has landed the company in hot water with the European Commission slapping it with multi-billion pound fines and launching investigation after investigation into alleged anti-competitive behaviour. What’s good for Google, the commission argues, isn’t necessarily good for consumers or competitors.

Then there’s privacy. Search for something on DuckDuckGo and, for the most part, you just get a list of links or a simple snippet with exactly the information you were looking for. And it does all this without storing or tracking my search history. Nor is what I search for collected and shared with advertisers, allowing them to micro-target me with a myriad of things I’m never likely to buy. The ads I do see in DuckDuckGo, which the company explains makes it more than enough money to operate, are more general. My search for bank holidays in the UK returned an advert for a package holiday company.

A quick office survey revealed similar search banality: recent Googles included ‘capitalist’, ‘toxoplasmosis’ and ‘hyde park police’. For the most part, what we’re looking for online is simple: it’s definitions, companies, names and places. Where DuckDuckGo has struggled is when I look for something incredibly specific. So, for example, search for ‘film Leonardo Dicaprio goats scene’ in DuckDuckGo and it doesn’t work out you’re looking for Blood Diamond. Google does. While Google, with its vastly greater tranche of search data, is able to second-guess what I’m after, DuckDuckGo requires a bit more hand-holding. That doesn’t mean I can’t find what I’m looking for, but it does mean I have to modify my search term a couple of times to narrow things down.