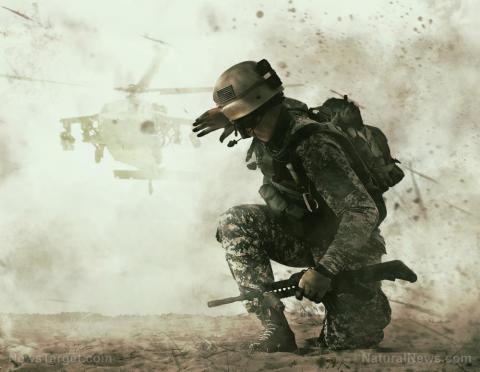 There is seldom a day that goes by when some Democrat somewhere — in Congress, in a statehouse, in a city council meeting — doesn’t call President Donald Trump a Nazi or a dictator or a king.

And yet, the man can barely govern. Nearly all of his executive orders are challenged in federal courts, he can’t get Congress to authorize many of his legislative proposals, and he’s about to be impeached.

But he’s a dictator.

Actually, for a king, Donald Trump makes a real good constitutionalist. He has appointed one originalist after another to the judiciary, talks of an ‘America first’ foreign policy, and refuses to allow Americans — even those who despise him — from being abused by globalists.

But let a conservative or constitutionalist threaten to ignore a Democrat-passed law — say, one having to do with more gun control or even gun confiscations — and the Donkey Party gets very, very angry.

How dare you challenge their authority!? (Related: Virginia sheriffs lining up to support ‘gun sanctuaries’ while daring state Democrats to come take their guns.)

That’s annoying to the Donkey Party. So much so that some of its members are threatening to call out the National Guard to enforce their unconstitutional legislation, risking the lives of them and fellow Virginians and plunging at least one state into civil war.

The ‘consent of the governed’ is not what Democrats seek

Democratic lawmakers on Capitol Hill say local police who do not enforce gun control measures likely to pass in Virginia should face prosecution and even threats of the National Guard.

After November’s Virginia Legislature elections that led to Democrats taking control of both chambers, the gun control legislation proposed by some Democrats moved forward, including universal background checks, an “assault weapons” ban, and a red flag law.

What arrogance. What hubris. What hypocrisy.

“I would hope they either resign in good conscience, because they cannot uphold the law which they are sworn to uphold, or they’re prosecuted for failure to fulfill their oath,” Democratic Virginia Rep. Gerry Connolly told the Washington Examiner regarding claims by some county police who say they will refuse to enforce future gun control measures. “The law is the law. If that becomes the law, you don’t have a choice, not if you’re a sworn officer of the law.”

Democratic Virginia Rep. Donald McEachin then went so far as to suggest that Democratic Gov. Ralph Northam could call out the Guard to enforce the law.