by Matthew Lyon, The Burning Platform: 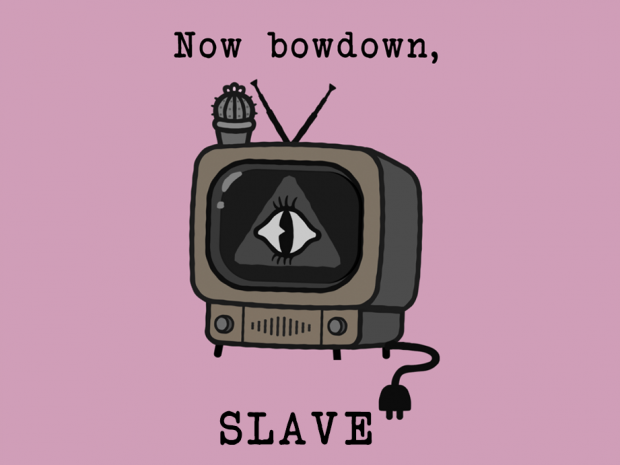 The Scourge Of Aristocracy and Repository of Important Political Truth – Fair Haven, Vermont

Former US Housing and Urban Development (HUD) Secretary Catherine Austin Fitts; “… The final version of FASAB 56 was made available to the public on October 4, 2018 (the day that the FBI report on its investigation of Justice Brett Kavanaugh took up the public’s attention) and is largely unchanged from the Exposure Draft upon which comments were received from various federal agencies and accounting firms.

In a piece on FASAB 56 for Rolling Stone (‘Has the government legalized secret defense spending?’), Matt Taibbi captured the timing well in his subtitle: ‘While a noisy Supreme Court fight captivated America last fall, an obscure federal accounting body quietly approved a system of classified money-moving.’ Because the adoption of FASAB 56 required the approval of both sides of the aisle in Congress and the White House, the intimate bipartisan cooperation on the adoption of FASAB 56 contradicts the divisiveness portrayed during this period by the media. …” Interview with Fitts.

The global Money Cartel had another big win. They had succeeded in taking the UNITED STATES government books beyond audit to a completely dark status.

If disappearing records in spectacular explosions that just so happened to shock the world killing thousands and starting wars on freedom at home, and wars of aggression and regime change/nation building abroad, well,,, them’s just the breaks I guess… If that incredible luck would serve hiding the past Trillions, this FASAB56 will do damn nicely for the future.

Fraud could now “legally” be obfuscated in perpetuity (*learn more about former US HUD Secretary Catherine Austin Fitts and Professor Mark Skidmore). With such powerful tools in place. This job of value movement away from free people into the control of a very few global financial elite becomes much easier as it nears completion.

Gold repatriation and accumulation in AIIB aligned countries is well documented in the markets. There is no need to hide these eastward transactions from a western populace that largely no longer understands the definition, or true nature, of money. Former FED chairman Ben Bernake comments as to why central banks may desire to hold gold. “Tradition mostly”. I don’t think as many people are still buying Ben’s line today. Maybe even one less now as you read this?

Precious metals, production infrastructure, and other hard assets have always been the fundamental value mechanisms to convey wealth through human history.  A substantial volume of this wealth is moving quietly away from jurisdictions of free peoples. The West is being left in a tickertape parade of paper that represent only dubious future claims to real wealth or value.

Let’s say it simple. Your money has been stolen you just don’t know it yet.

The Bills that fell off the shelf into the Congress as the buildings fell on 9-11-01 became law almost instantly. This fundamentally changed the relationship of Americans to the US government. Only now, years later, and since brave people like Drake, Kiriakou, Binney, Snowden, Manning, Assange, and others have come forward at high personal cost, is it beginning to be felt or understood by a wider audience that; their freedoms are disappearing into a cloud.

The Bill of Rights has become a piece of paper detached from the rule of law. Though many of us have been as slow to accept it, as we have been to reject 18 years of war in Afghanistan. What is clear, is both dominate and controlled US political parties cannot hide their complicity with the Money Cartel with any credibility.

The perpetuation of the long-running role of a compromised congress, a captured executive, and a complicit judiciary in a war on freedom is now plain. The warning left unheeded from Dwight Eisenhower when he named the ominous existence of the Military Industrial Congressional Complexand its, secretive, extra-governmental nature, in his farewell address remains, prophetic.

Today, it seems all that is left for the globalist Money Cartel, is to trigger a monetary crisis-in-waiting in the West. This may be combined with war expansion in one or more of the agitated states around the world. It would be easy to blame it on what they have defined through leaps of logic and language in the schools and media in the last 100+ years as, “free markets” and “capitalism”.

The Trade war is a lie.

Large segments of the population in the US and western countries are firmly in the ideological grasp of a socialist warfare/welfare mentality. Many more are dangerously ignorant of the facts presented here. Made so by a nearly inescapable education and media/entertainment propaganda barrage on our minds.

There is every reason for these interests to believe a sufficient adjustment in the minds of the population is complete. That the American body politic is ignorant to their birthright as stated in the Declaration of Independence (the greatest treatise on freedom since the Magna Carta) and won in the American Revolution.

It is true we live in Hamilton’s America and not Jefferson’s. Though I doubt .01% of the population questioned at the top schools in America could now tell you the difference.

A devastating success for evil.

With this success, they are poised to blame the next crisis squarely on the ideas of freedom. They will claim Donald Trump and his like, embodies those ideals that led to the economic devastation and “inequality” they will have defined, created, and triggered.

The AM radio jocks, the cable mimbos and bimbos have set up basically good working people to go down with him. They will condemn anyone who does not denounce Trump et al., and what they will have ideologically defined and packaged him with.

Should this begin, you can certainly be made aware of your “social score”. Bill of Rights be damned, you have one. It will be used to intimidate you. They will have you believe the Bill of Rights only applies to your mailbox and your musket. Neither one is going to do you any good on that day.

Your data has already been captured or volunteered by you simply living your life. A score based on how closely your personal meta data signals your acceptance of the Money Cartel’s manically derived world views for the “reform” of government, reset of the economy, and redirection of our life expectations. Smile at the cameras. They are all for your “safety” and you are paying dearly for them… Still got nothing to hide?

In the sum, it is not even an important determination if current leader Donald Trump is a willing participant or not. Though he can be seen as a P.T. Barnum type, doling bread and circuses as the globalist around him move at even greater pace now. The truth of his role does not really matter.  The cake is in the oven. As it was with Reagan. As it has been long before Donald Trump.

At the point the crisis takes visible shape it will matter even less what the political parties have said in the past. The difference between what is true and what is false about their narratives will be irrelevant to a spooked herd, as planned.

It is the things that were the same. The things they hid, that they both supported behind your back, that will have been important to know.