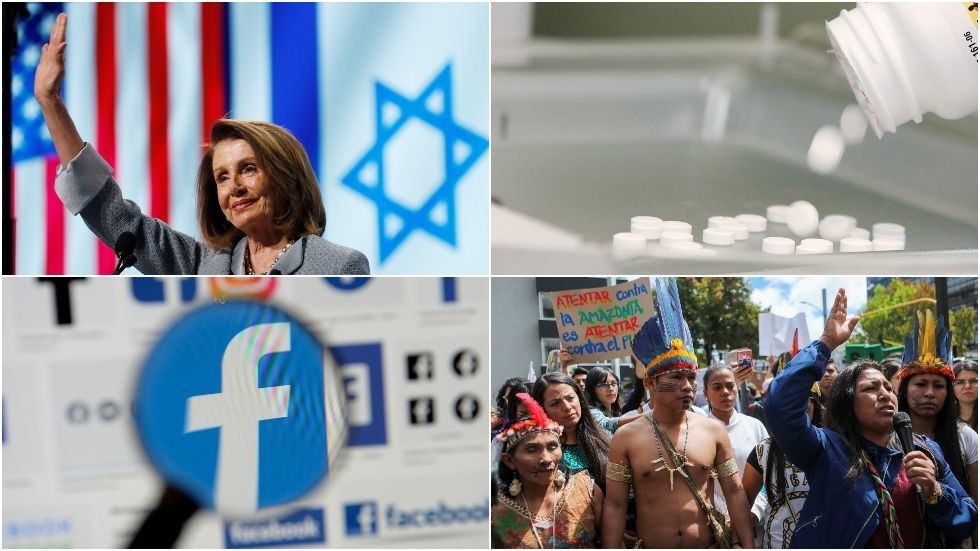 Did you know that Big Pharma denies Americans access to affordable drugs or that slavery is still a thing, even in the US? Those and other stories were shushed in the media, but Lee Camp is here to fill in the gaps.

Project Censored, which works to unveil the rot in the US media ecosystem, has just published their top 25 list of censored stories over the past year. Redacted Tonight’s host Lee Camp had a lot of astute comments to make on the state of modern media.

Wow, wow, wow, you’re telling me Israel influences US policies? I find that hard to believe,” Camp emphasized the irony of the activities of the Israeli lobby in Washington which have been an ‘open secret’ for years. “But there’s a difference between knowing something and seeing the actual internal proof, the evidence,” like those provided in a leaked document by an Al Jazeera documentary, which of course didn’t get any traction in the news.

Another news story that didn’t make it to the mainstream was Facebook becoming a tool of the US government by joining forces with Washington and NATO-sponsored think tanks to fight what it called “fake news.”

Not only had Facebook been suppressing everything that doesn’t fit into the mainstream corporate talking point box. It was also found to be doing experiments to us, such as seeing whether they can make us depressed. Joke’s on you Zuckerberg! If I’m surfing Facebook looking to see whether my ex-girlfriend is married with kids – then I’m already depressed.

Camp hailed the indigenous people in the Amazon as being on “the true frontlines of the battle to save this planet” for their effort to establish a “sacred corridor of life and culture,” covering more than 700,000 square miles in the region. But the American media ignores their fight because: “Life and culture, who needs them? Here, in the US, we’re doing just fine without life and culture. Just ask the stars of ‘Naked and Afraid.’”

WATCH THE FULL VIDEO to learn more about the other most censored stories of 2019: