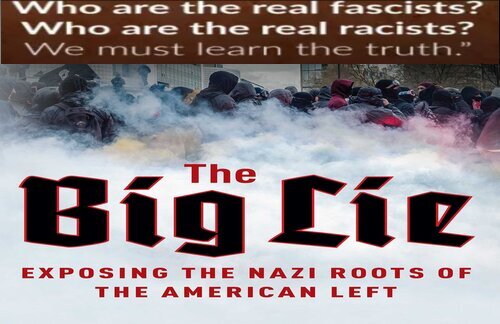 Thinking Democrats (the few remaining in a dying party!) are panicking after hearing all their presidential candidates make promises to “give away the store” in their attempt to purchase votes. If those candidates had a family of cannibals in their district, they would promise to provide them missionaries for Sunday dinner.

Such action is comparable to the oldest profession in the world—you give me what I want and I’ll give you what you want. Shallow non-thinkers will give their votes to receive college loan forgiveness, free tuition, total gun confiscation, big tax increase, free medical care even for illegal aliens, open borders resulting in total dismantling of our culture, and on and on and on.

It is shocking that a major political party has devolved into a radical, internationalist (globalist) entity. That is not just political backsliding; it is apostasy!

Moreover, anyone with any knowledge of the old Democrats know they would be appalled at the vile lifestyles many progressive Democrats exhibit and almost all defend.

Willing to prostitute themselves without shame, the leading candidates have promised the voters they would reduce the prison population by 50% or even shut down prisons. Ignoring the Second Amendment, they will confiscate all guns thereby making it easier for the released criminals to prey on innocent people. Of course, those Democrats will not have to worry about criminals being a threat to them since they live in safe, secluded, and secure communities.

Democrats will destroy the “wall” or make it impossible to finish it and follow the demand of those illegal aliens, “No borders, no walls, no USA at all!” That is the desired goal of the globalists—no border control which always results in anarchy and massive violence in city streets where police do nothing. This has been observed many times with Antifa, Black Lives Matter, etc. One Congresswoman of color wants to shut down police departments!

(ANP EMERGENCY FUNDRAISER! Following Susan Duclos’ recent heart attacks and hospitalization, All News Pipeline will need some financial help in the days ahead. So if you like stories like this, please consider donating to ANP to help keep us in this ‘Info-war’ for America at a time of systematic censorship and corruption.) 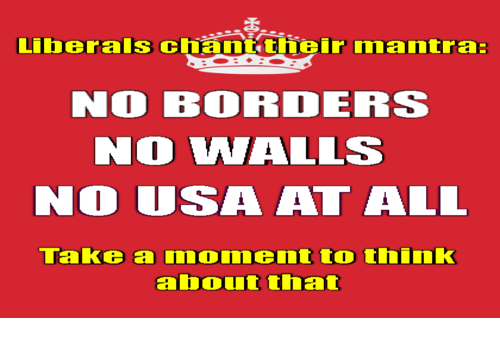 Every state will be a “sanctuary” state where illegal aliens will have freedom from prosecution, however heinous the crime. They want a “sanctuary nation” where laws are meaningless.

Democrats tell us that anyone has a right to live in the U.S. but no sane person believes that. When an illegal alien arrives in the U.S., all the freebies will come with no strings attached. Ever hear of a bankrupt nation?

There will be free college for all, even illegal aliens. I suppose the professors will work pro bono. There will be free cell phones since everyone has a right to communicate. If anyone is taking requests, I’ll take a Rolls-Royce Phantom. I know it costs $450,000 but I deserve it. Oh, well, I want it.

Transgenderism is now the magic word that will open any door. Any person, whatever his/her biology may scream that he/she/it has a right to declare himself/herself/itself of the opposite gender. Small children have a right to decide whether they are male or female and any person of any age and gender has a right to enter any restroom or locker room of the opposite sex. When some sane person criticizes that insanity, he or she is considered a hater, bigot, and worse.

It seems the Democrats are going to protect everyone’s right to be or do anything they want. Well, unless you happen to be a Christian, Republican, armed, normal, white man! If you complain about unfair, unequal, and unconstitutional treatment, don’t expect a fair hearing from the Supreme Court since the last two members will be dragged from the Court and tarred and feathered.

We have been promised that those who pretend to be of the opposite gender can receive hormone treatments and sex-change surgery—at taxpayers expense. Including any prisoners who may still be incarcerated. After all, a major Democrat candidate declared, “Black trans, nonbinary people are the ‘backbone of our democracy.’” I’ll bet you didn’t know that.

Pelosi told her constituents in California that Democrats would repeal and replace the Republican tax package and some taxpayers might be taxed more than 100% of their income! I think most sane people would think that is confiscation so how many wealthy citizens would put up with that? And what will those Democrats do when wealthy businessmen pull up and move their money and businesses outside the U.S.?

Democrats have promised everything except a depression which will come if they get elected. We are told that every citizen has a right to a guaranteed income whether they work or not. No accountability will be required. The Apostle Paul disagreed writing that if any would not work, “neither should he eat.” Politicians, who want to give away everything including a guaranteed wage without guaranteed work, don’t ask the right questions. Like mice who die in mousetraps never ask themselves just why the cheese is free.

The First and Second Amendment will be gone because no one should ever be offended by unwanted speech. Radical leftists don’t want to control the debate; they want to eliminate the debate. It is embarrassing to the leftists when they can’t answer a Conservative, so they want to live in an atmosphere where they never have to hear the other side of an argument.

The fascists want to totally control your life—free abortions up to and even after birth; euthanasia upon demand; forced-fed ideologies in the public school system from age three through university; forced vaccinations even if you are convinced some vaccines are dangerous, debilitating, even deadly. You will get a flu shot even if it kills you—and it may. 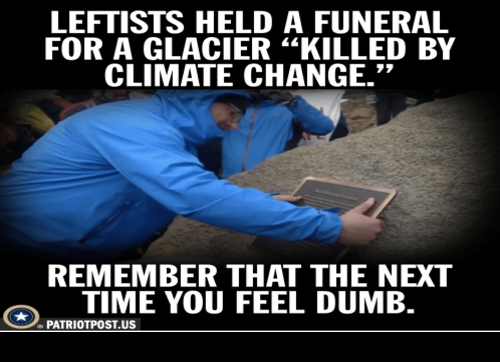 Since climate change will kill everyone in less than 12 years, all coal, gas, and nuclear power will be eliminated so the electric bills will soar. Your power usage for heat and air will be controlled. Leftists held a funeral for a glacier “killed by climate change,” something to remember when you really feel dumb.

All Blacks will receive reparations to compensate for the years of slavery even though trillions have been paid in all kinds of welfare over the past 50 years. In the year 2050, academics and pundits will be asking, “Was the Second Civil War really fought over the reparations issue?”

A leading presidential candidate wants to take money from Israel and send it to Hamas, a designated terrorist group! And some of the biggest contributors to the Democrats are Jews—any Jew who supports such Democrats is dumb as a box of rocks. After all, Jews can be dummies like anyone else.

No matter who the Democrats choose as their candidate, he or she is a devoted Socialist, committed to killing free enterprise, so they will steal all the golden eggs and kill the golden goose that laid them. Of course, intelligent Democrats are dazed and dazzled but not deceived by this pandering to the lowest denominator.