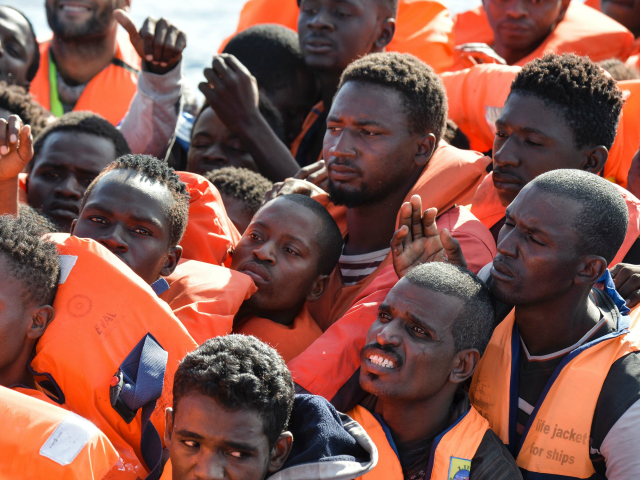 I increasingly see liberalism [rather than democracy] as the problem that ails the West. We never got the chance to vote on countless things like mass immigration, political correctness, multiculturalism, gay marriage, etc. Those key decisions were all made on behalf of the public by our elites. The British voted for BREXIT and Americans voted for Trump’s agenda and look what happened.

The following excerpt comes from Simon Reid-Henry’s book Empire of Democracy, The Remaking of the West Since the Cold War, 1971-2017:

“On a troubled and lonely late-night flight across the country on Air Force One in September 1995, President Clinton “ambled back to the press Cabin,” reported one of the journalists present, and confided to the rest of the press pack that the country seemed to him in something of a “funk”; not down, by a long way, but out of kilter. In Europe as well, admist the new prosperity, there could be no denying the almost palpable sense that public life had somehow lost its soul. Something strange had transpired amid the post-Cold War peace dividend and what seemed to many Westerners, at the height of the 1990s, as the economic boom of ages. Confidence in democracy was not growing stronger; it was ebbing slowly away.

One basic indicator of these underlying concerns was a sharpening erosion of civil trust. In 1964, 78 percent of Americans believed they could “trust” Washington to do what was right; by 1994 that number had fallen to just 19 percent. In fact it wasn’t just the system but its representatives that were facing an historic decline in popular faith. Faith in democratic principles remained strong but surveys repeatedly placed politicians and political parties near the bottom of the pile of trustworthiness. Even in Sweden, where 60 percent of respondents to an election study in 1968 said they thought that political parties were interested in people’s opinions, not just their votes, it transpired that by 1994 only 25 percent of Swedes still thought this. The decline in respect for the political class fostered a more general disengagement from politics as well, since where political trust was lower, voter turnout tended to be lower also. After 1990 voter turnout in national elections declined nearly everywhere, until it reached its lowest postwar average of 62 percent in 2001. Political polls told their own story too: beginning in the 1990s, fewer and fewer people were prepared to take part in them.”

In the postwar era, liberalism dissolved the guardrails around democracy, which had previously been grounded in the nation-state and bounded and stabilized by it. These countries all used to be racially and culturally homogeneous and high trust societies.

Millions of Third World immigrants flooded into North America, Europe and Australia in the process eroding the social fabric and the relative voting power of natives. Every non-White immigrant that arrived in Ireland cancelled the vote of an Irishman. This process has been turning democracy into a tool of dispossession. What’s more, every time the public got fed up with this and voted for change it ended up not mattering because some judge unilaterally nullified their voice or politicians were bought off. Liberal democracy has ceased to be democratic. Strangely, it is not very liberal either anymore and relies on authoritarian methods to suppress criticism.

Look at the helpless refugees! Give them everything or you’re racist!