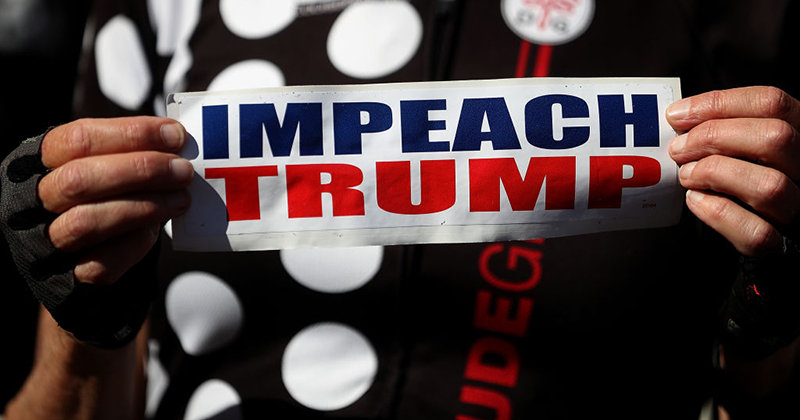 They STILL want to use ‘Russian Collusion’ despite zero evidence

According to reports Monday, court documents show that Democrats are seeking to impeach President Trump a second time, and still want to use ‘Russian collusion’ allegations, even thought the Mueller investigation found zero evidence of its existence.

The House Judiciary Committee is said to have told the the U.S. Court of Appeals for the District of Columbia Circuit that it will continue to push for former White House counsel Don McGahn to testify in a move that could lead to the introduction of “additional articles of impeachment.”

Underscoring this point, House lawyers say if McGahn’s testimony yields more evidence of obstruction it could lead to “new articles of impeachment.” pic.twitter.com/DXiEl0KXwL

“If McGahn’s testimony produces new evidence supporting the conclusion that President Trump committed impeachable offenses that are not covered by the Articles approved by the House, the Committee will proceed accordingly—including, if necessary, by considering whether to recommend new articles of impeachment,” a brief that was submitted reads.

Dem Rep. Jerry Nadler attempted to have McGahn testify earlier in the year as part of the investigation into Trump over Russia. The White House blocked the subpoena, citing “absolute immunity” for advisors.

CNN jumped on the possibility of a second impeachment, which would be based on “obstruction of justice” charges.

CNN ”justice reporter’ Shimon Prokupecz suggested that Democrats may want McGahn’s testimony so they can revive the Mueller report and the Russia collusion angle:

President Trump reacted to the development this morning, quoting Fox & Friends coverage and adding “The Radical Left, Do Nothing Democrats have gone CRAZY”:

“The Dems are complicating matters again. Keeping Mueller out of it was the focus. Keeping it crisp & simple was the key, and now all of a sudden they are saying maybe we’ll go back and visit the Mueller probe, which is absolutely unbelievable, and shows they don’t care about….