by Jose, The Organic Prepper: 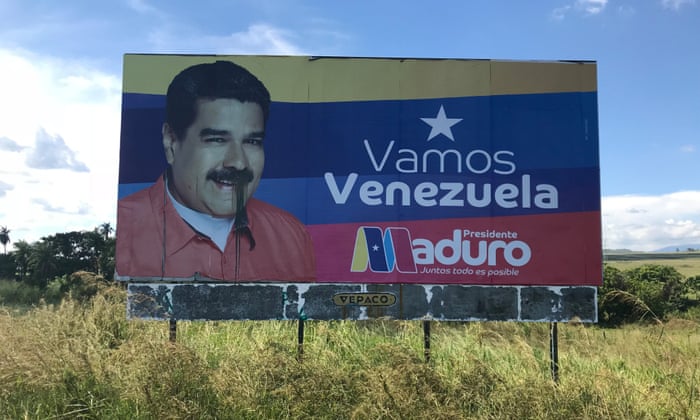 The situation in Venezuela is grim and not getting any better. A socialist government has destroyed what used to be one of the healthiest economies in the world and turned it into something for which few were prepared. As we get ready for the holidays here in America, with our usual spending frenzies and feasts, Christmas in Venezuela is looking a lot different than it did a mere decade ago. Maybe some of the young people who think socialism is the answer to all our societal woes will read this and realize that this form of government doesn’t work – it destroys all hope.

Last week, I got an email from a prepper named J.G. Martinez D, or Jose. He offered to send me some on-the-ground articles for as long as the internet is up and running. I thought, given the season, that it would be interesting to follow up the interview with Selco regarding his SHTF Christmas with an interview about Christmas in Venezuela. Jose is one of the few people in Venezuela who was a prepper before this collapse happened so his perspective is quite valuable.

Can you tell us a bit about yourself?

I am an upper middle class, professional former worker of the oil state company, in my 40s. A Bachelor’s degree from one of the best national Universities. I have a small 4 members family, plus two cats and a dog. An old but in good shape SUV, a good 150 square meters house in a nice neighborhood, in a small but (formerly) prosperous city with two middle size malls. Everything in the period 2004-2012 was just fine. After that period, the economy started a declining trend that has been increasing faster each week.

Being a prepper, and having experienced two major similar crisis in my lifetime (civil turmoil 1989, and Caracas coup d’état in 1992), inspired me to find a second (and even a third) income source and some months’ worth of food at home. I started to write for a Forex blog, and earning some extra cash for preppings: a genset, (now used twice weekly because of the power cuts) additional freezers, a CNC machine for a home-based small business, and some professional audio equipment for voice over and podcast broadcasting, another economical activity that I enjoy, after my career in the oil company stopped. A water tank with a concrete base (the power cuts stop the water supply pumping system), and reinforced bars for the windows, enclosing the patio for security, and some other improvements.

This has allowed my family to deal with most of the terrible situation in Venezuela. I am now outside the country, planning for the exile of my family. I know things are going to get a lot worse before they start to get better, and don´t want them there once the shooting begins.

Tell me a little bit about the traditions in Venezuela. What was Christmas like before the economic collapse?

Christmas in Venezuela was one of the most popular times of the year, after school holidays. A lot of people, mostly in the big cities, went to the beach to enjoy those free days. Venezuelans are very family-oriented people. For us, Christmas is a season for being with family even in the entire year we have not been able to visit them. There was an exodus from one side of the country to the other one, people traveling in all directions to gather with their beloved ones, mainly from the big cities to the province states.

Since December 1st, shops, coffees, restaurants, houses, entire subdivisions and streets, government offices, schools, and all kind of business were decorated and the traditional “Nacimientos” or representations of baby Jesus birth in the crib, with Saint Joseph, virgin Maria, and the three wizard kings. There were contests with the most elaborated Nacimiento would be the winner. And the traditional living Nacimiento.

The general environment was a happy one, one of hope and confidence in the future. One of our Christmas carols, called “gaita” totally unrelated to the western anglophone ones, are played with drums and all kind of instruments, and for the untrained ears, it could sound something like merengue. It has been a totally pleasant surprise for the foreigners to come to a church for the services and find people dancing and singing traditional songs. Lights and all kind of ornaments hanged from doors, walls, windows and every imaginable place.

Malls were full with people buying all kind of presents, and temporary employment was a permanent need for the merchants since the first day of December.  All kind of toys and kid’s articles were sold even in the streets, for the baby Jesus birth night.

Many people piled up their mattresses, pots, and pans in the family car, heading for wonderful vacation destinations like Isla Margarita, with lots of beautiful beaches, or the mountains in Merida, in Los Andes. Another tradition is buying new clothing and or shoes (“estrenos”) for the 24, 25, and 31 December evening, to dress up in dinner while the children played with their new toys, and receiving the new year with the best new clothing to ask for prosperity.

How have the traditions you described above changed now that there is very little money?

Without money, and cash scarcity, traveling is very hard. Many people have restricted their family gatherings. Prices of bus tickets are very high for the common person, and airplane tickets are a joke. 75% of the national flights fleet is on hold because of lack of maintenance.

I have not known of anyone with kids in the last 4 years that could buy a new attire for themselves to use on the 24 and 31 December nights. Most of the available money is for 24/31 December dinner, or kid’s toys, if any.

Many kids these years have received a very simple toy, instead of those most expensive and fancy ones. And many others have not been able to receive any toy at all. They have seen people looking inside the garbage bags for food, and despite their age they seem to understand what is happening and don’t ask for expensive toys to baby Jesus, leaving the parents to relieve some pressure and get them whatever they can.

However, the hard part is that many kids were used to going to visit their grandparents, and nowadays this kind of family trips are just not possible. There is no cash, collapsed transportation, no parts for the family cars. You get the picture.

What was your traditional Christmas dinner before?

Our family Christmas dinner includes roasted pork leg, with olives and capers; a special loaf of bread (“pan de jamon”) with lots of olives, ham, bacon, and capers inside, and hen salad, with potatoes, carrots, mayonnaise, petit pois, the very unique and traditional “Hallaca”. This is sort of an envelope with banana leaves, filled up with a tasty mixture: beef and pork stew, olives, boiled eggs (recipe varies with the region, East, Center, West, and/or the origin of the family), surrounded by a mass elaborated with the corn flour, the same we use for the arepas. It was common to cook about 150 or 200 hallacas for a 4-person family.

For bigger families, everyone collaborated with money and the hallacas-making was a team labor, with over 10 people or more, and the result was 1200 or 1500 hallacas. A family of four, like us, with 100 hallacas, a roasted leg, and a huge bowl of hen salad in our extra freezer, we would eat hallacas and Christmas food until middle January!

Normally, since my childhood, in our table on Christmas Eve, there were grapes, apples, dried fruits, raisins, nuts, and even hazelnuts. Most of these were imported (we only grow grapes in some places), but there were plenty of all this in the middle class tables the Christmas and New Year eve. For dessert, a sweet called “dulce de lechoza”, made with slices of green papaya, boiled with lots of sugar and clove, served with a slice of Christmas cake, a cake with raisins, chocolate, dried fruits and some rum, called “Torta negra” or Black Cake. There is a very traditional punch, mainly for ladies, called “Ponche Crema”, with a secret recipe invented 140 years ago by Eliodoro Gonzalez, a chemist from Caracas.