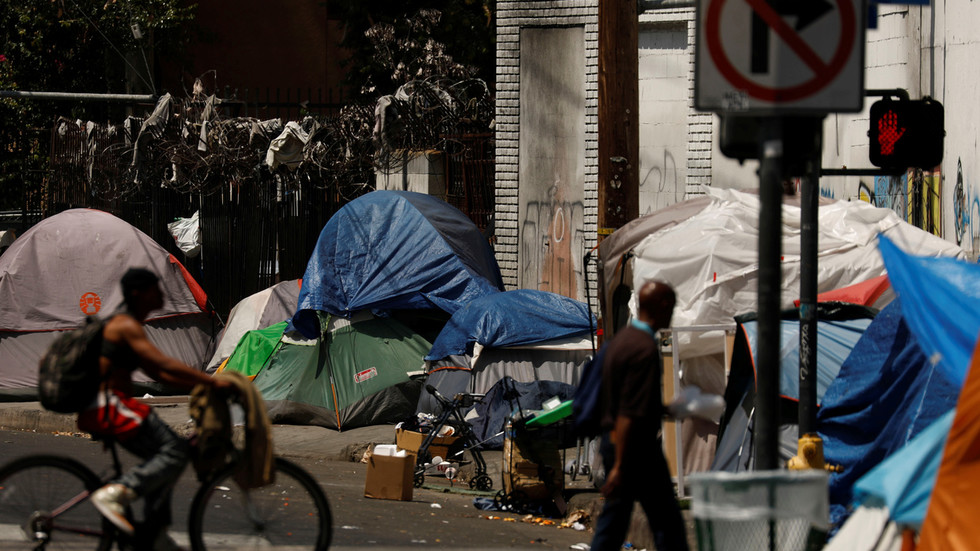 The report by the Department of Housing and Urban Development (HUD) released Friday has laid bare the problem of rising homelessness that has been plaguing an array of states, but none of them has experienced a crisis of the proportions that one of the wealthiest states in the country, California, is now facing.

21,306 more people have been homeless on at least a single night in California than last year, which amounts to an increase of 16.4 percent, the report says. California’s “contribution” to the report has effectively rendered null the progress noted around the country, as the homeless population has plummeted in 29 states and Washington, DC.

HUD Secretary Ben Carson noted that California has been lagging behind the rest of the country, urging the state and municipal authorities to step up their game in dealing with the crisis before it spirals out of control.

“In fact, homelessness in California is at a crisis level and needs to be addressed by local and state leaders with crisis-like urgency.”

The primary reason for the spike in homelessness on the West Coast is that the cost of housing there remains “extremely high,” Carson said. California is also home to a peculiar phenomenon known as ‘working homeless’, brought forth by exorbitant rent prices fueled by the burgeoning tech industry. The inability to afford rent drives not only the vulnerable population, such as veterans and single mothers, to the streets, but also employees who are not well off enough to cover the costs of housing.

California’s homelessness crisis has prompted US President Donald Trump to accuse the government of the traditionally Democratic state of being too inept to tackle the problem.

“What they are doing to our beautiful California is a disgrace to our country. It’s a shame the world is looking at it,” Trump thundered at a campaign rally in August, noting that almost half of the nation’s homeless people live in California. The rebuke coincided with his administration sending a fact-finding mission to California to assess the situation on the ground.

The Trump administration believes the problem can be solved by loosening restrictions on housing construction, while at the same time tightening the screws on the state’s liberal policies towards homeless camps. A September report by the Council of Economic Advisers’ also argued that while shelters are “extremely important,” they should not be provided to people who are capable of finding housing otherwise.