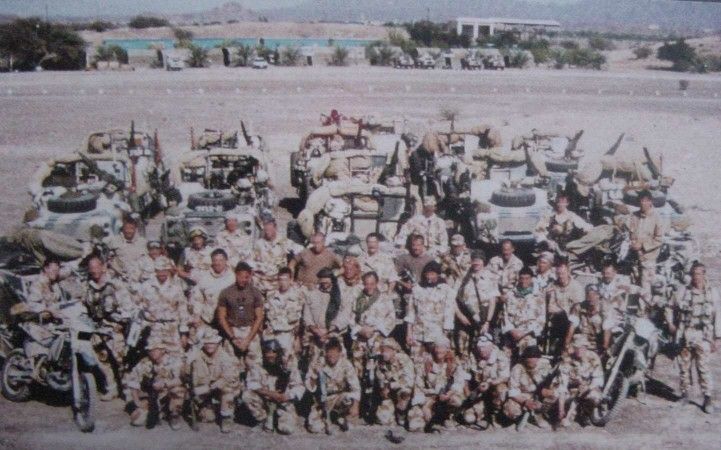 Recently, while researching for the article “The Power of gold in times of Crisis” (which covered examples of gold being the ultimate asset in times of crisis and emergency, such as Venezuela, Argentina, and Zimbabwe), I came across some fascinating accounts of gold (especially gold coins) being used by elite military units as emergency money in war and conflict situations behind enemy lines.

As this was slightly different to the economic necessity of harnessing gold when economies collapse, I thought it best to ring-fence this in a separate post since military personnel operating behind enemy lines usually choose to be in danger as opposed to finding themselves in danger. However, in both cases there are parallels, and in both cases gold comes to the rescue, providing its holders with choice, economic freedom, and liberty.  Gold in both economic collapses and in war zones can even sometimes mean the difference between life and death.

But why is this so? Essentially, gold is and always has been universal money that can be used anywhere and is accepted everywhere. And in turn, this is because only physical gold has the universal recognition, acceptance and bargaining power that no paper currency could ever come close to. The world’s elite military (as opposed to what their politicians will tell you) know this, which is why they issue their troops and pilots with gold coins and other gold bullion items for use as emergency money when these troops go behind enemy lines.

From Escape and Evasion to Life Barter

For example, in World War II and the Vietnam War, the US military issued “Life Barter Kits” to its pilots and paratroopers. These kits, for example, comprised “1.08 Troy Ounces of 10-k gold and a Milus Snow Star Wristwatch, with the gold in the barter kit consisting of 1 gold link chain with four links of 1 ¾ inch length, 1 gold embossed pendant and 2 gold rings.”

In the same vein, Britain’s Ministry of Defence (MoD) issued the famous Gold Sovereign coin to its SAS troops and RAF airmen during World War II as part of a similar “Escape and Evasion” survival kit.

However, issuing Gold Sovereigns to British troops is not just an historic occurrence, and the MoD has continued this tradition into modern times, distributing Gold Sovereigns to military personnel in contemporary conflicts specifically for use as a bargaining tool or to buy their way out of trouble if confronted by enemy forces. This is perhaps most colorfully illustrated by the interesting and vivid accounts documented by combatants turned authors who had taken part in the 1991 Gulf War.

As background, in the run up to the Gulf War in 1991, Britain’s Ministry of Defence purchased 60,000 Gold Sovereigns from the Bank of England , and then issued Special Air Service (SAS) troops and pilots with 20 gold sovereigns each which they then stitched and concealed in their clothing. After the war, coins which in one way or another had survived, were returned, and according to the MoD, 16,289 such coins made their way back.

In his book “Eye of the Storm” about the Gulf War and Operation Granby (published in 2000), SAS officer Peter Radcliffe explains the issuing drill:

“The pay sergeant major also issued each man with twenty gold sovereigns. The sovereigns were intended to be used to bribe Iraqi citizens or military personnel if the need should arise. Since gold sovereigns are an internationally accepted currency they are extremely useful and a compact way of carrying a large sum of money.”

Andy McNab of SAS fame, in his Gulf War book “Bravo Two Zero” (published in 1993), details how the gold coins were used in such a “if the need should arise” situation:

“Around my waist, however, on a one-inch webbing belt, was today’s star prize, about £1,700 in sterling, in the form of twenty gold sovereigns we had each been given as escape money. I had fixed my coins to the belt with masking tape and this created a drama. They jumped back, shouting what I assumed was the Iraqi for let him go, he’s going to explode!

A captain pointed at the masking tape, and in English said what equipment have you there? Gold I said. The word must be international as jeans or Pepsi. I pulled out the first gold sovereign and the ruperts were summoned, they then began to divide the sovereigns between themselves.”

A Bravo Two Zero contemporary of McNab’s, Chris Ryan, paints a similar picture in his 1995 book “The One that got Away”:

“The old man came back with his goats and stood looking at me. Then, to get some action, I dug a sovereign out of my belt an showed it around. I started saying ‘Felous, felous’ – ‘money, money’. The appearance of the gold galvanized the young man. All at once he was hellbent on going into town. Maybe he thought that if he escorted me in, I would give him some money. Soon everyone was staring at the Sovereign. Another girl came in, and somwhow I knew she said, ‘He’s got more on him somewhere”.

Note that the author names Andy McNab and Chris Ryan are both pseudonyms of Bravo Two Zero patrol members who wanted a degree of anonymity and didn’t use their real names when writing their books.

Peter “Yorkie” Crossland in his 1997 book “Victor Two” , shows how the Gold Sovereign coins were concealed by the SAS during the Gulf War, and how useful they really were:

“Blood money was standard SAS issue and consisted of gold sovereigns, and what was called a blood chit in English, Arabic and Farsi which promised the sum of £5000 to anyone aiding a British soldier.

The gold sovereigns with which I was issued, I stuck to black masking tape. Next I cut the lining of my trousers and threaded the tape into my waistband. Each blood chit carried a unique serial that could be checked against a person’s name. I don’t recall anyone ever using his blood chit, but the gold was different. It could be used as money to buy vehicles and to aid escape.”

“Tornados skimming across the border at 800 KPH and heading north over the sands at ultra-low level, with their clumsy coffin-shaped JP233 slung beneath their bellies. Every crewman carried £800 in gold, to facilitate escape in case of trouble.”

In their book “Tornado Down” (about being shot down in the Gulf War), RAF flight lieutenants John Peters (pilot) and John Nicols (navigator) also refer to their emergency Gold Sovereigns:

“Then the one who had punched me in the face found my money, £1000 in gold sovereigns. He looked at it. The gold glittered back at him.”

Finally, SAS trooper Peter Radcliffe (referred to above) also lost his precious sovereigns in the heat of battle, as they were hidden in his rifle:

“As I went in one direction, my rifle which had been knocked from my hand, went in the another. Someone grabbed my arm, and I scrambled aboard as the Land Rover lit out, with enemy bullets still pining off the sideworks. My M16 with the twenty gold sovereigns still hidden in the butt was left behind. I often wonder whether whoever found the weapon also discovered the secret hoard of gold. It would go a long way nowadays.”