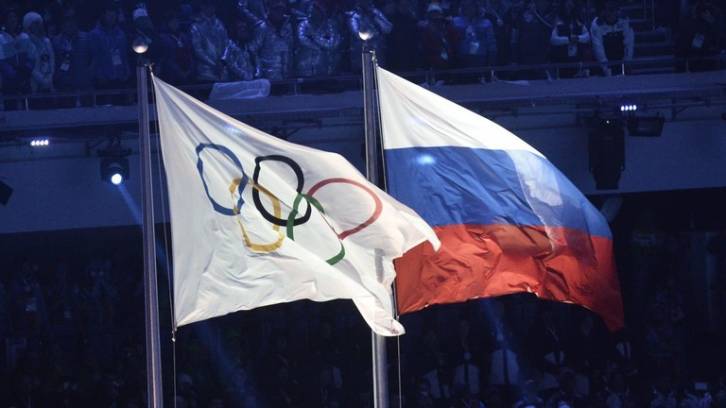 Once again, Russia is suffering from the tainted judgment of non-transparent Western institutions, this time from the World Anti-Doping Agency, which just banned Russia from all international sporting events. The reason for the arbitrary judgment should surprise no one.

The globalists certainly never banked on Russia rising so fast and furious from the ruins of the Soviet Union to the point where it is now in the position to deter Western intrigues around the world.

This was witnessed first and foremost in the miraculously recovering hot-spot of Syria – which, unlike the tragic fate that awaited doomed countries like Ukraine, Iraq and Libya – managed at the 11th hour to escape the jaws of NATO’s regime-change juggernaut. Syria’s salvation was due overwhelmingly to Russian military and diplomatic intervention.

Putin says Russia will go to court, and has some choice words for dirty tricks he says have nothing to do with sports.

Moscow’s efforts, which could best be described as humanitarian in nature, did not come without a price tag for Russia on the propaganda front. From being wrongly accused of meddling in the 2016 US presidential elections, to being unjustly blamed by a Dutch-led probe for the downing of Flight MH17, it is more than apparent that Russia is under full-scale fake news attack.

Here’s what the WADA ban means for Russia ⬇️https://t.co/HYqkT7nauG

This week proved no exception as the West’s anti-Russia machine shifted into overdrive as the World Anti-Doping Agency slapped Russia with a ban from all international sporting events – including the 2020 Tokyo Games and the 2022 World Cup – for four years.

The reason is exactly the same as it was ahead of the 2018 PyeongChang Winter Games: the alleged tampering in Moscow of athletes’ laboratory drug-test results. Russia has vehemently denied that any manipulations occurred inside of its labs, and vowed to appeal the decision.

Clearly, the motivation here is to humiliate, provoke and punish Moscow by any means available – even on the field of dreams. Any Russian athlete who wishes to challenge the verdict and participate in the upcoming Games will be required to “prove their innocence” first. If they pass that stage and are allowed to compete, they will not be permitted to don the Russian tricolors, nor will the Russian national anthem be played.

Russian athletes, who will be branded as ‘Olympic Athlete from Russia,’ will have to settle for pledging allegiance to the generic Olympic flag as opposed to the Russian national flag. If ever there were a litmus test for a One World globalist government, where athletes play for some singular monolithic entity, this might just be it.