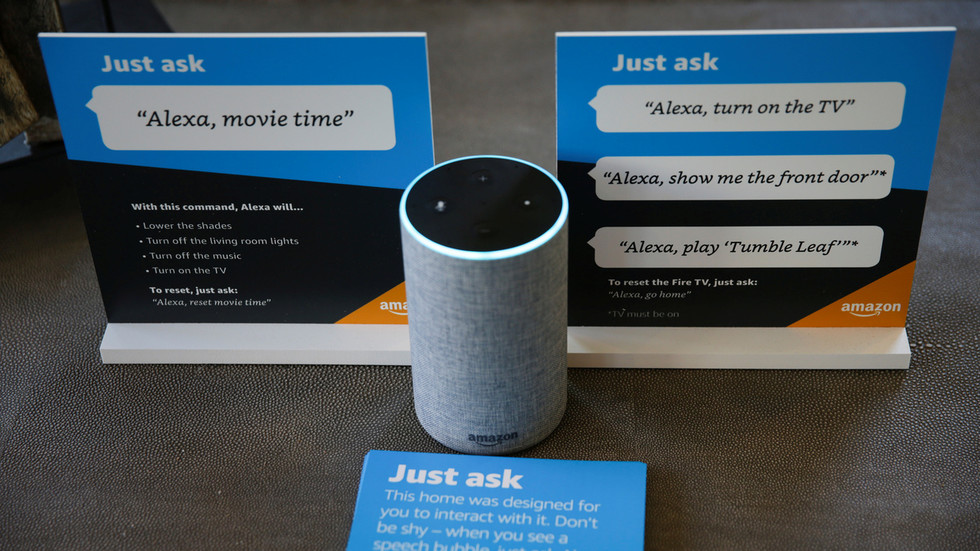 Amazon’s AI voice assistant Alexa is now capable of bailing its owner out of uncomfortable discussions, a feature being sold as a holiday perk that actually shows technology has all but deprived us of the ability to communicate.

Alexa’s new ‘change the subject’ feature offers the user an escape hatch for when the family dinner discussion veers into politics or other third-rail issues, Amazon has announced.

The AI’s ‘distraction technique’ can single-handedly stop a holiday meal from going off the rails or “turning into a full-blown row” by supplying innocuous new conversation topics – fun fluff from superhero movies to celebrity crushes, the megacorp brags.

And Amazon doesn’t just expect you to drop everything and rush to order a device that will spare you from the agony of engaging with family members on heavy subjects – it also went to the trouble of surveying 1,500 Brits in order to better understand the nature of Christmas dinner arguments (and presumably remind the reader of what they want to avoid this season).

Apparently, money tops the list of controversial topics, followed by “what to watch on TV” and “bad behavior” (politics, surprisingly, doesn’t make an appearance until number 9).

The idea of bringing a listening device into one’s home to defuse family disagreements would have been unthinkable even a decade ago.

Given what we know about Alexa – that it’s always listening (for the ‘wake word’, but also to anything else it hears), that it frequently starts recording unprompted, that its ‘artificial intelligence’ often involves a human eavesdropping, and that its recordings can end up in the hands of everyone from police to random Amazon customers – it should remain unthinkable.

But trading privacy for convenience has become de rigueur, and Amazon – along with the other major Big Tech players – has been on the front lines of that swap, constantly devising new ways to monetize customers’ once-private moments and make them beg for even more intrusion.

The great irony of ‘social’ media is that it has made us so much less social, breeding alienation by insinuating computers into human relationships, as Alexa and other AIs take on roles once filled by people. Medical diagnosis, hailing (and soon driving!) a taxi, even babysitting have been reduced to mere Alexa ‘skills’. Now – just in time for the holidays – conversation is joining them.

Being a great conversationalist was once a highly valued attribute, and most people are still jealous watching a person who can keep strangers enthralled with nothing but their words.

But Brits now have fewer face-to-face conversations than digital ones, according to a recent survey by insurance broker LifeSearch – meaning distinguishing between a quality human conversation and one driven by an Amazon device designed to sell you things while monitoring your behavior is only going to become more difficult as the latter is normalized.