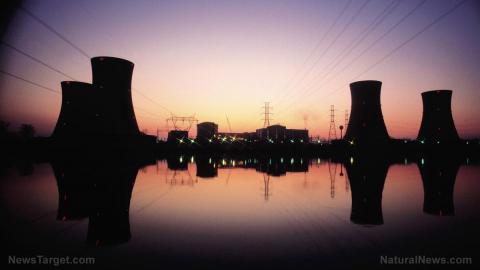 Thermoelectric power plants provide a third of America’s electrical generation, and the combination of aging technologies, droughts, and strict environmental regulations is likely to sharply reduce the energy output. To prevent this, researchers recommend replacing the once-through cooling systems of the aging power plants with drought-resistant recirculating models.

Their study countered the calls by some groups to get rid of the restrictions and allow the power plants to use as much water as they need. Instead, Duke University researchers said that recirculating cooling systems would ensure reliable electricity while also protecting the bodies of water that provide coolant for the plants.

Their study noted that the end of the 21st century may see droughts that would decrease the flow of rivers and increase the heat of surface waters. These changes would reduce the generation capacity and might cause shutdowns when the water levels drop below the intakes, preventing the power plants from getting coolant. As a result, thermoelectric power plants with once-through cooling systems would generate much less electricity.

Worse, many more shutdowns and capacity reductions would come from complying with certain environmental regulations. For one, the rules restrict the amount of water that a power plant might use. They also put a limit on the maximum temperature of expended cooling water discharged by the facilities. (Related: Human intervention has made forests less resistant to drought, pests, wildfire.)

“Fortunately, nearly all of these impacts could be mitigated by switching to recirculating cooling systems,” remarked Duke researcher Candise L. Henry regarding the effects of drought and regulations on U.S. power plants.

A thermoelectric power plant generates energy by heating water into steam and using it to spin a turbine. Afterward, it reduces the temperature of the steam with a cooling system.

Most plants use once-through cooling systems. They get cold water from a nearby lake or river, send the coolant through pipes that absorb heat from steam, and return the heated liquid to its source.

In comparison, a recirculating cooling system sends heated water to a cooling tower. Once there, the heat gets eliminated through evaporation.

A recirculating system does not dump the heated coolant into the body of water. It also consumes less water than once-through systems, since it only needs to replenish the liquid lost through evaporation.

Thanks to those characteristics, a power plant with a recirculating cooling system is less vulnerable to droughts and less affected by environmental restrictions.

Droughts will disrupt the operation of old thermoelectric power plants

Henry and her colleagues evaluated the operational and weather data of more than 50 Southeastern power plants with once-through cooling systems from 2007 to 2015. During this period, the region went through a period of severe droughts.

The Duke researchers examined hourly shifts in water temperatures and flow rates. Then, they determined how these changes affected the maximum output of the power plant.

Next, they ran the data through scenarios with varying temperatures and available water. They identified how much generating capacity got lost to rising water temperatures, diminished water flows, and compliance with environmental regulations, respectively.

Finally, the researchers drew from predicted trends of water warming and flows in the future. They calculated the effects of these factors on capacity loss at a power plant.